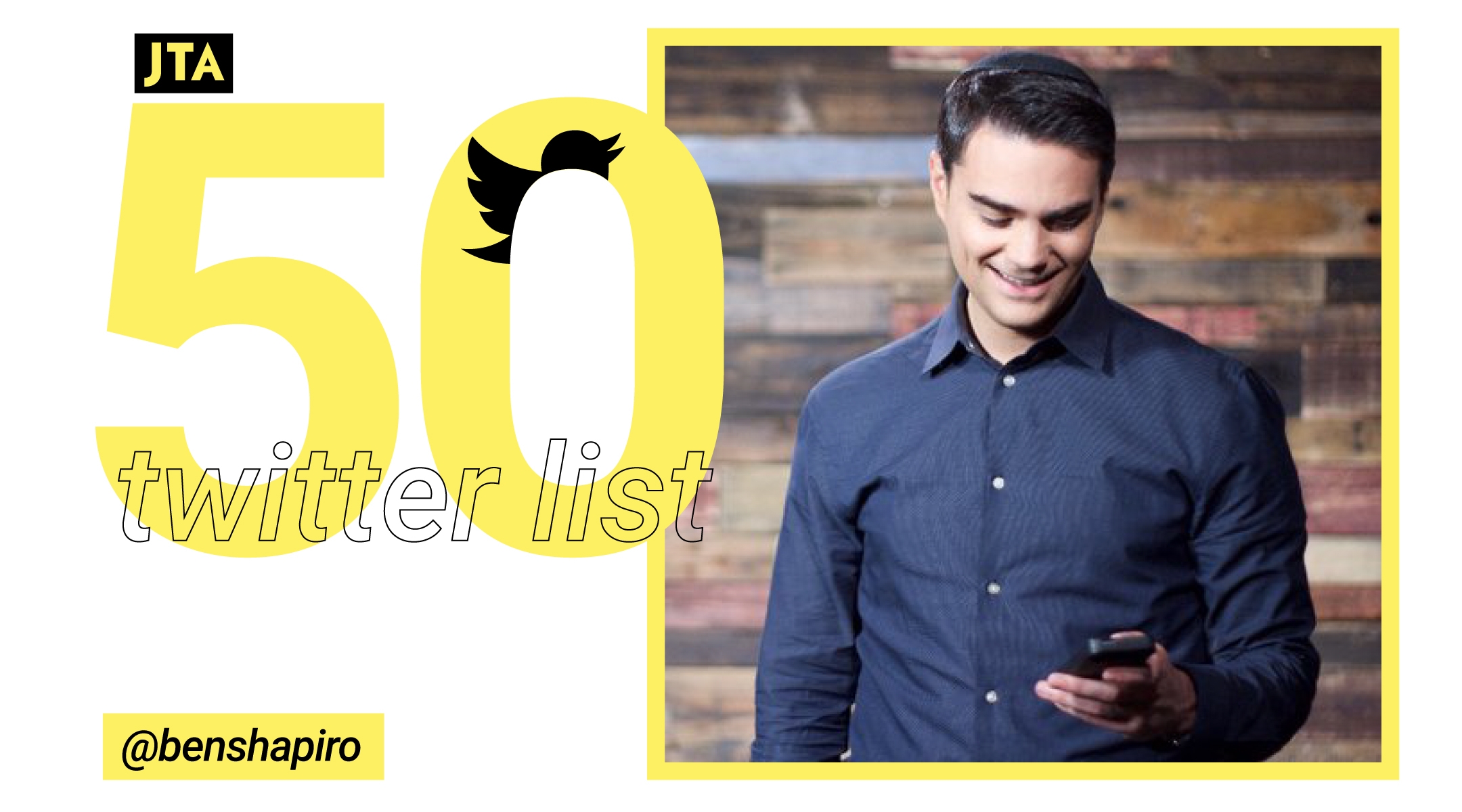 Ben Shapiro is a conservative wunderkind: He became a nationally syndicated columnist at 17, and at 34 he is one of the American right’s leading voices. His views on what he calls left-wing identity politics have made him a lightning rod — see his 2017 speech at the University of California, Berkeley, where hundreds of police officers sparred with hundreds of protesters.

Oh, and he is also an Orthodox Jew who wears a kippah in public.

With more than 1.5 million followers on Twitter, he is one of the most popular Jews on the platform, where he frequently references his Jewish identity and weighs in on Jewish and Israeli topics. That identity, as he has pointed out, is often referenced by his many opponents — on the far left and far right.

He was a “never Trump” leader and resigned as an editor-at-large for Breitbart News in 2016 after Corey Lewandowski assaulted a Breitbart reporter, prompting hate from the “alt-right.” But recently he has softened his line of criticism against Trump, in no small part because of the president’s staunchly pro-Israel actions. It’s a topic he’s passionate about.

He isn’t afraid to make Twitter enemies in discussing it, either. In 2010, for example, he tweeted that “Israelis like to build. Arabs like to bomb crap and live in open sewage.”

Israelis like to build. Arabs like to bomb crap and live in open sewage. This is not a difficult issue. #settlementsrock