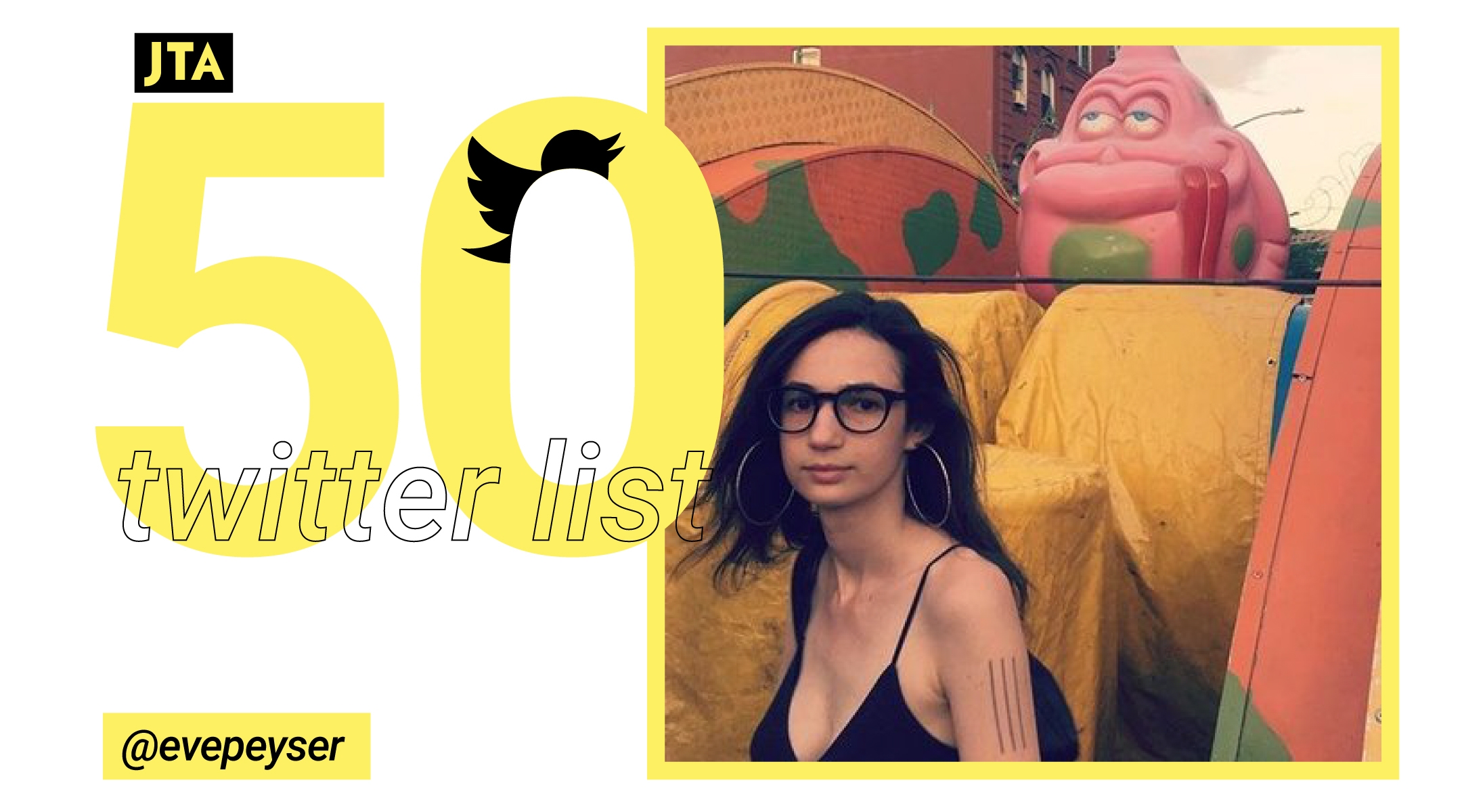 Eve Peyser is a politics and culture writer at Vice who is also a self-identified anti-Zionist and “Jew who supports Palestine.” It’s how Peyser engages in Jewish and Israel conversations on Twitter that makes her worth the follow: She’s witty and remarkably unafraid to argue with critics.

She also recently has become more in touch with her Jewish side. In her 2017 article “Trump, Trolls, and Rediscovering My Jewish Identity,” Peyser eloquently encapsulated the feelings of fear mixed with pride that many young, unaffiliated Jews of all political stripes on social media began to feel during the lead-up to the 2016 presidential election, when online anti-Semitism was unleashed.

“For the first time ever, I see my Jewishness as part of who I fundamentally am,” she wrote. “The rise of American anti-Semitism has taught me something important — there’s nothing wrong with being a Jew.”

stop pretending anti-zionism is the same thing as anti-semitism, please and thank you

Peyser’s arguments likely won’t turn a Zionist into an anti-Zionist. In many ways she’s an archetype that the hawkish pro-Israel right loves to hate, with a big millennial platform at her disposal. But engaging with her tweets might just challenge your biases and ultimately make you more well-informed on those topics.