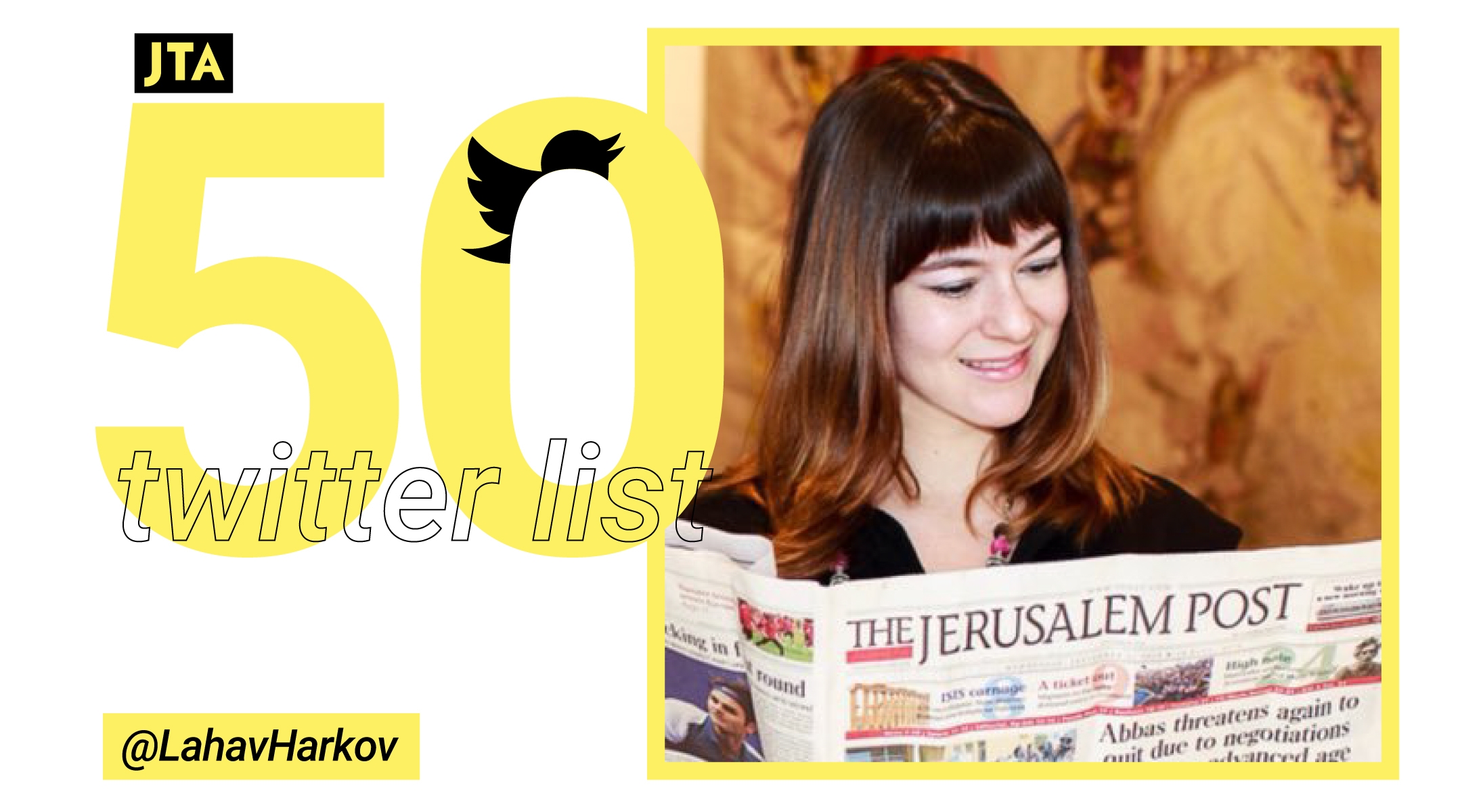 Israel news, a healthy dose of snark and more than you ever wanted to know about the Knesset. This is the Twitter feed of Lahav Harkov.

After pounding the halls of Israel’s parliament for seven years as The Jerusalem Post’s Knesset reporter, Harkov recently became the paper’s senior contributing editor, still analyzing the Knesset. What that means for her hyperactive Twitter feed is that it now covers more than just the ins and outs of Israel’s frenetic political system. But the bulk of Harkov’s feed still serves as a comprehensive, entertaining stream of Knesset happenings. She’ll tweet out votes, speeches and debates — but also, for example, a photo of the prime minister reading the Economist during a marathon night of legislating.

The Post is known in Israel as right-leaning, but Harkov tweets the activities of politicians from across the spectrum, ranging from Benjamin Netanyahu’s latest speech to tweets by left-wing lawmakers.

Meretz chairwoman Zandberg tweets to Orban in Hungarian that he is not welcome in Israel, because he cooperates with antisemites https://t.co/LvKDLbwTgA

Harkov’s feed isn’t all straight news. She identifies as a “proud Zionist” in her Twitter bio and is a pugnacious (and often bitingly sarcastic) fighter for her principles. She will back the existence of a Jewish state just as strongly as she will call people out — like embattled British Labour leader Jeremy Corbyn, who she takes to task on the issues that have estranged him from the U.K.’s Jewish community.

Because your friends in Hamas and Hezbollah are all about safe and humane policies. https://t.co/LamdeEDZIh