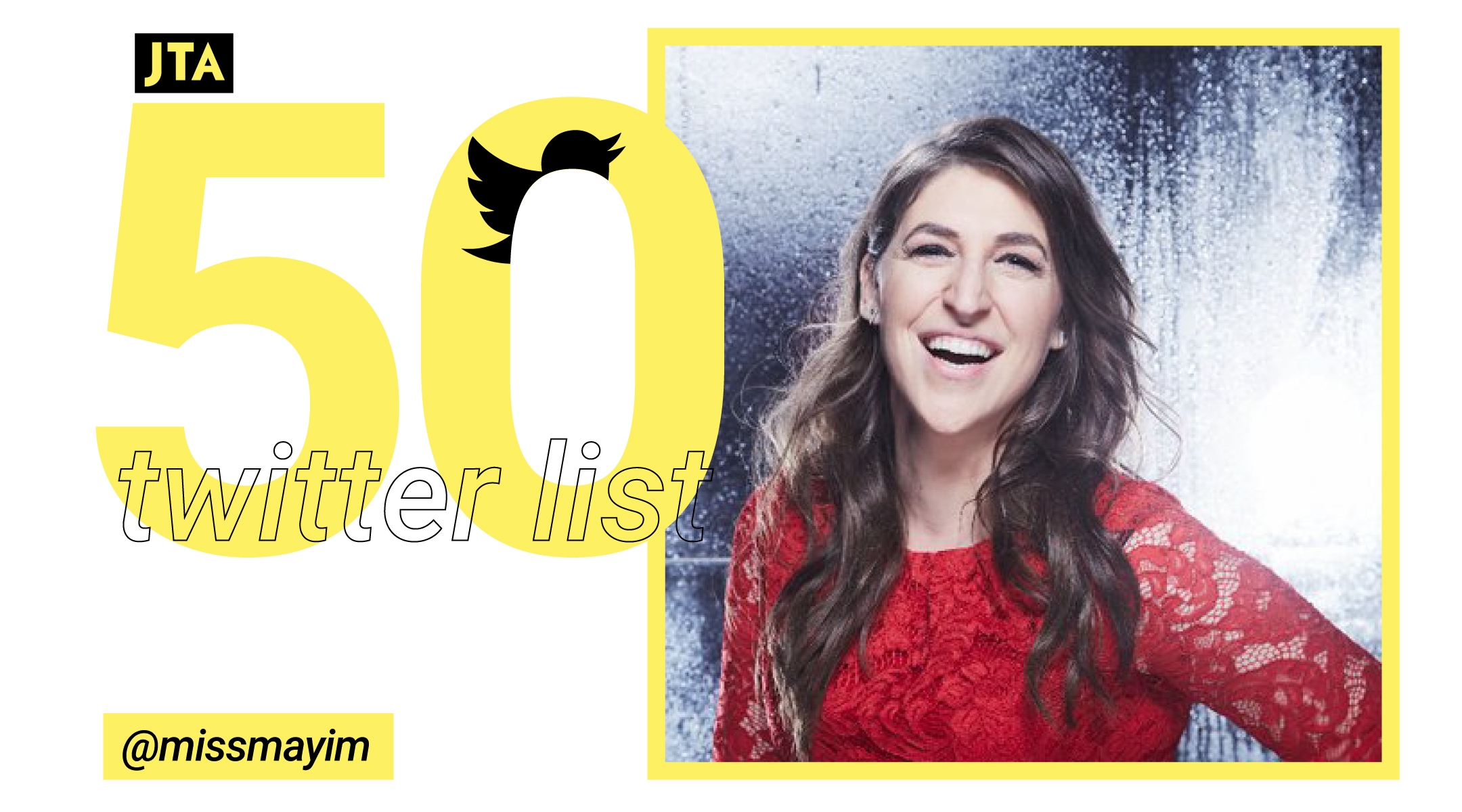 Mayim Bialik still wears many hats, despite having long left behind the iconic ones she wore while starring in the 1990s TV show “Blossom.”

Most know the actress these days as Dr. Amy Farrah Fawler from the hit show “The Big Bang Theory,” but in real life she has a doctorate in neuroscience, runs her own site, Groknation, and is a best-selling author. On Twitter, Bialik shares everything from behind-the-scenes pictures with her co-stars, to political opinions and calls to action, to reviews about recent shows and movies.

Joyfully back to work with Jim on @bigbangtheory!! Filming outside like real thespians do 🎭 #season12 #pretendnewyork pic.twitter.com/wymwTF6Za3

She’s also remarkably candid about her Jewish identity. Bialik was raised Reform (she is related to Israel’s national poet, Chayim Nachman Bialik) but now identifies as “aspiring modern Orthodox.” She posts on all things Jewish, ranging from holiday preparation to her son’s bar mitzvah to Jewish jokes.

#YomKippur starts at sundown. I am wearing my new white dress (white is customary to indicate the clean slate we hope for) and I’m currently eating #vegan wonton soup as I prepare for our holiest day of prayer, repentance, and spiritual renewal. pic.twitter.com/ybqoesvSTf

This past Saturday was my son's Bar Mitzvah. What a day!! Because we are traditional Jews and we don’t take photos on the Sabbath, we have no photos to share, but I wanted to write this reflection as a way to crystalize the day in memory. https://t.co/tDxQKTeG0n

HOW DID I MAKE IT THIS FAR IN LIFE WITHOUT HEARING JOHN MULANEY?? I am so much like his wife! He says you never need to wonder what a Jewish woman is thinking BECAUSE SHE WILL TELL YOU. @mulaney, I binged all of your specials last night and this morning. Genius.

Bialik also frequently airs thoughts on dressing modestly, and courted controversy with a New York Times op-ed about modesty in the era of Harvey Weinstein.

#Modest dress is important to me as a #Jewish woman, & to Alison, who is #muslim: read her thoughts at @GrokNation: https://t.co/32x9LMJZ7F