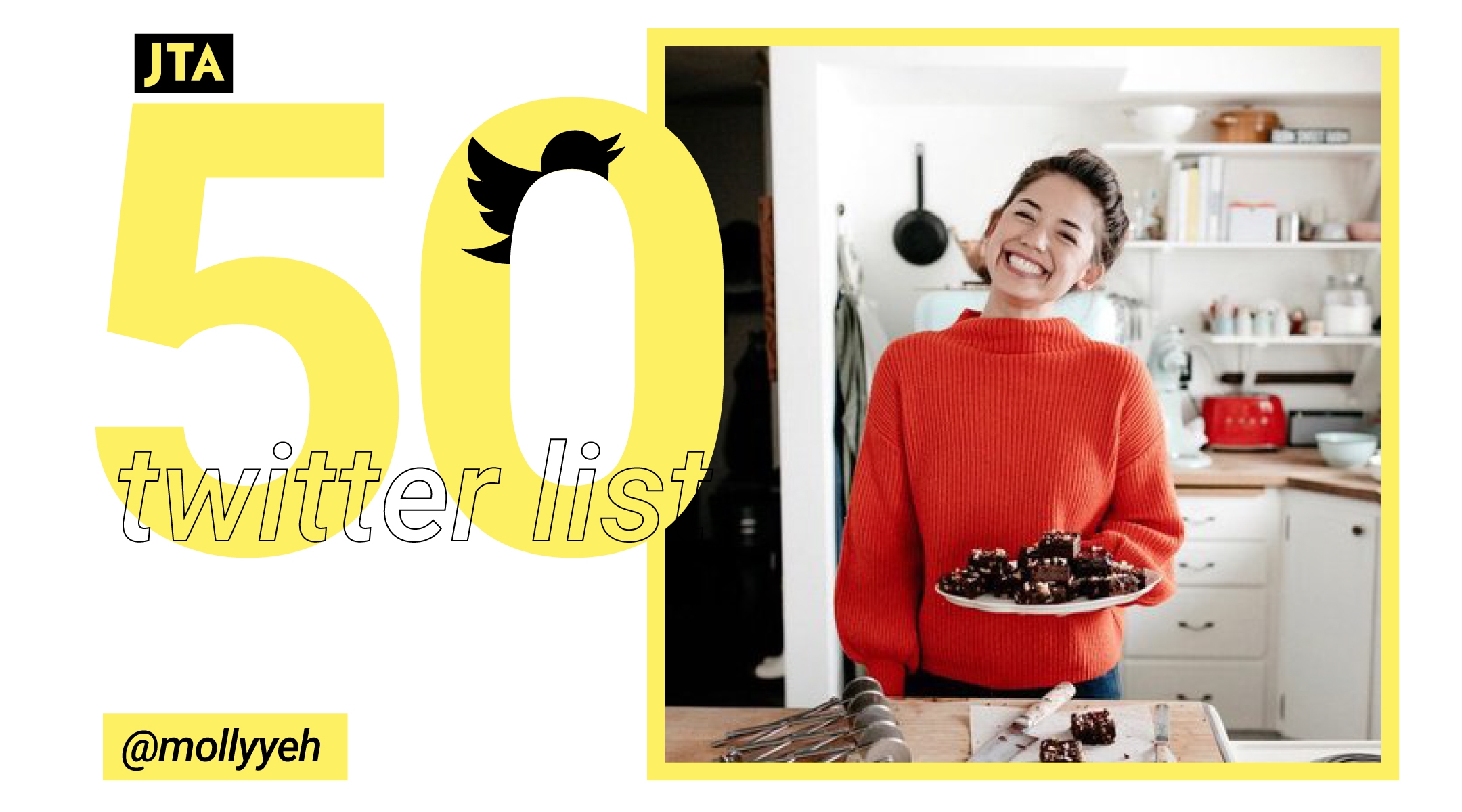 Yeh (pronounced “yay,” as she likes to point out), 30, was born to a Chinese father and Jewish mother, and moved to a farm in North Dakota to live with her husband after growing up near Chicago and attending school in New York. She often explores her multifaceted identity through her photogenic creations, which offer a window into farm life and Jewish culture (see her Scallion Pancake Challah or one of the many recipes that uses rhubarb and other ingredients plucked from her backyard).

Jewish — especially Israeli — flavors and dishes take center stage. Yeh told JTA in 2017 that she is obsessed with hummus and tahini, and she works them into her recipes whenever possible.

this week on the blog: overnight cinnamon rolls with a *handsome* amount of tahini cream cheese frosting. and pistachios and rose petals because they’re pretty! 💕💕💕 (📷 @chantell_lauren) https://t.co/OEqlsvsba3 pic.twitter.com/zAjySnpnCJ

Shakshuka and shawarma are recurring themes in her repertoire, too.

happy book birthday to the #StaubCookbook!!! ⚡️⚡️ it is such a beautiful cookbook filled with the kind of hearty delicious recipes that i *live* for, and i was honored to contribute the recipe for these lil kale shakshukas with garlic, feta, and lemo… https://t.co/D0so1Av4ky pic.twitter.com/NHYn3JNmiB

Yeh’s bubbly internet-friendly personality (evident throughout her award-winning blog) combined with her creative talents have gained her a huge following on Twitter and beyond, and she now has her own Food Network show, “Girl Meets Farm.” We will eat – and tweet – to that.