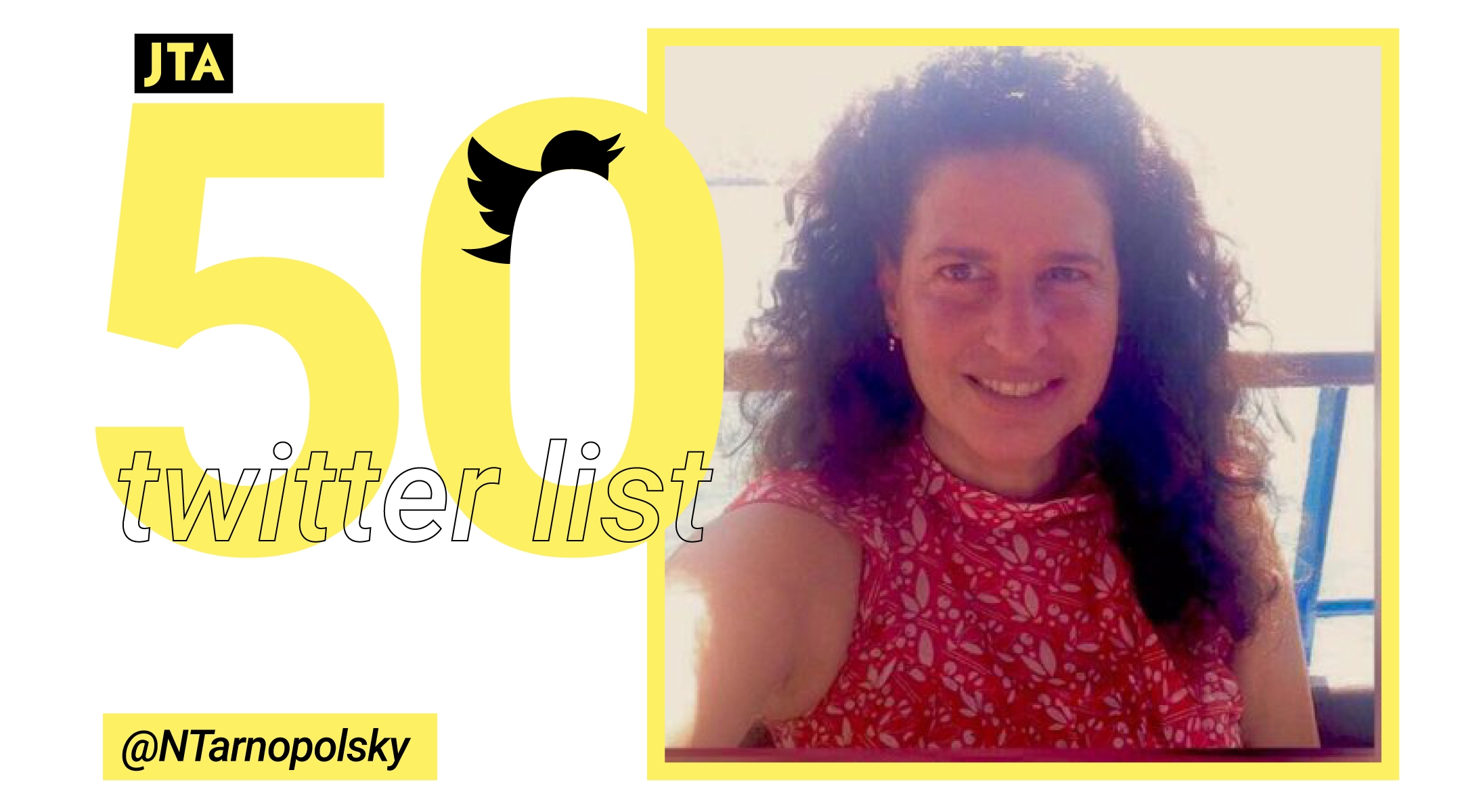 Noga Tarnopolsky is an Israel-based freelance journalist whose writing has appeared in the Los Angeles Times, The New York Times, the Forward and other outlets. The daughter of Argentine parents, Tarnopolsky also has reported for the Spanish-language media from the Middle East, including for El Pais in Spain.

Her language skills — she also speaks French and Italian — and journalistic experience make for a globally aware feed offering insider perspectives and insights from across the globe at a rate of roughly two tweets per waking hour.

In Spanish, "miga" means crumb, which is apt for a Trumpian outcome. https://t.co/O3FYoj9bsE

Often it’s punctuated by her personal views and critique of politicians from across the political spectrum.

Michael Oren says that Israel's media mishaps are “the most glaring failure” of its Gaza policy. Israel has no comms operation. Amusingly, since 2016 Oren has served as Netanyahu’s deputy minister in charge of public diplomacy. https://t.co/vOYZhiZG18