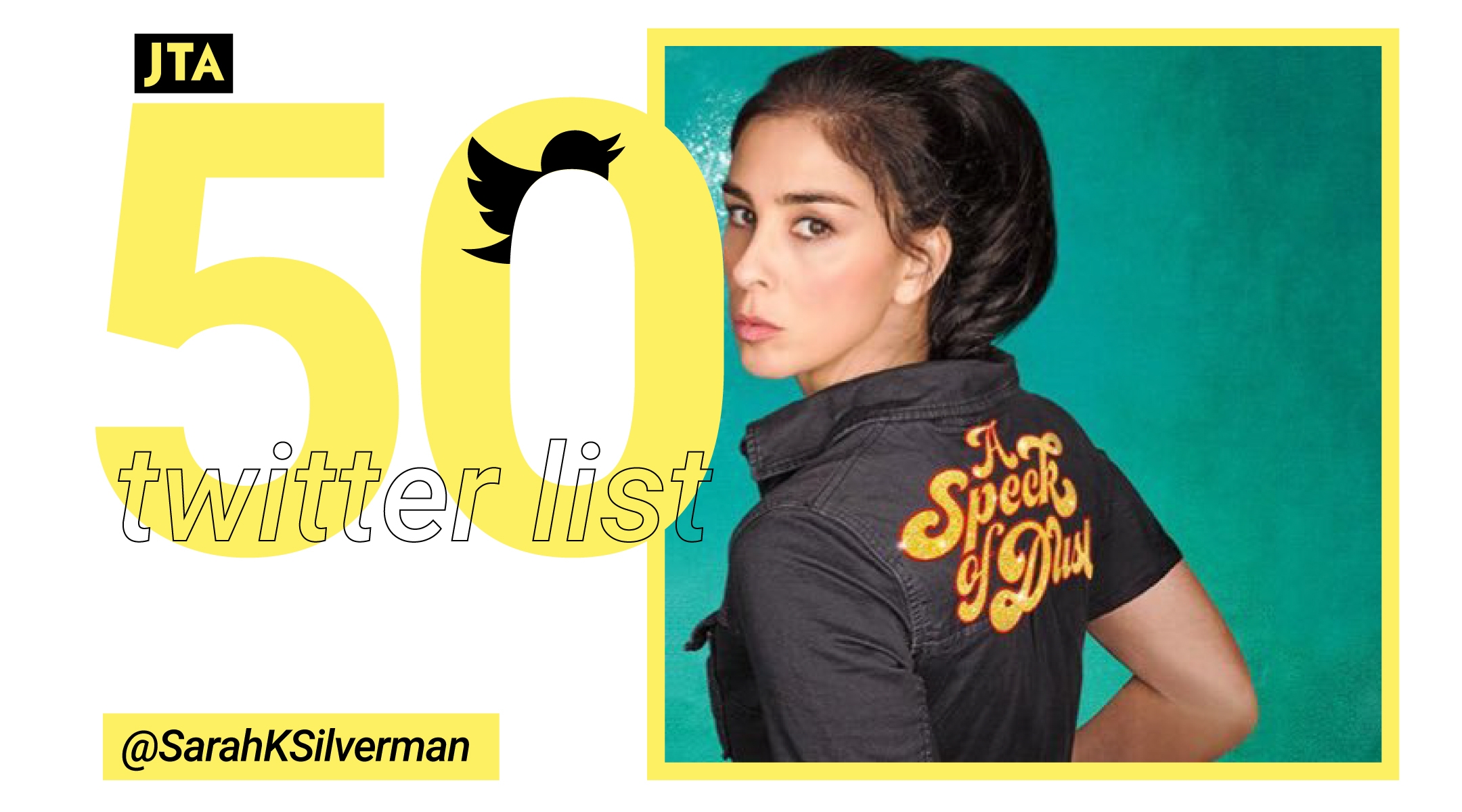 Who doesn’t know Sarah Silverman? The Jewish comedian entered the stand-up world as a teenager and soon became part of the “Saturday Night Live” cast (she was fired after her one season, 1993-94). Her comedy is provocative, raunchy, divisive, feminist and very Jewish. So when Silverman joined Twitter in April 2009, many expected more of the same Silverman shtick.

This pool is basically saying no Jews allowed pic.twitter.com/ZDKPx7L3r8

She has used Twitter as a platform for her humor, but also has garnered a reputation for genuinely engaging with fans and critics. When a troll called her a c*** in December 2017, instead of blocking him, Silverman wrote back, “I believe in you. I read ur timeline & I see what ur doing & your rage is thinly veiled pain. But u know that. I know this feeling. Ps My back F*cking sux too. see what happens when u choose love. I see it in you.”

Surprisingly, he responded, and they had a conversation about his childhood trauma, his anger, his pain, and he ended up apologizing to her. It was a remarkable turn of events.

Silverman also voices loud opinions on politics and hot-button Israeli issues. She has advocated for the Women of the Wall, tweeted her support for the liberal Meretz party and critiqued Israel’s sitting conservative government. After tweeting (controversially) about the Palestinian teen activist Ahed Tamimi, who was jailed after confronting an Israeli soldier, she walked back her statement and said, “the more I learn the less I feel I know.”

Dear palestinians/jews/israelis/and everyone w an opinion: I can only speak for me & all I care about is what is true, & what is just. Unfortunately, from what I see, those things seem to be wildly subjective. Only God/Allah/Hashem/Mr. Rogers knows….

As one of the most prominent and vocal Jewish celebrities on Twitter, Silverman continues to speak out for what she believes in.