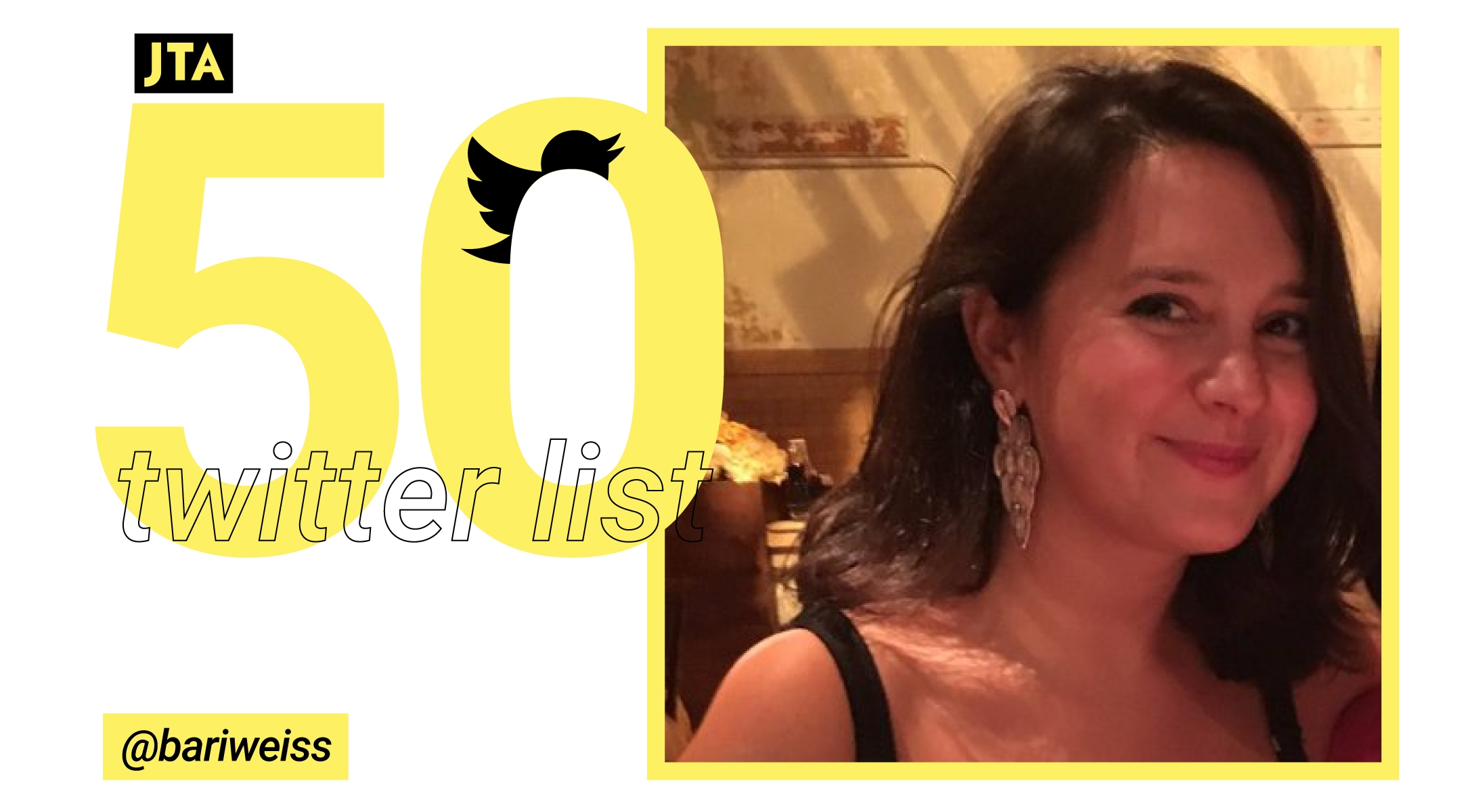 Mention Bari Weiss at Shabbat dinner and you’re sure to get impassioned responses. The New York Times opinion editor frequently criticizes what she sees as groupthink and a lack of intellectual openness on the left on topics ranging from sexual harassment to cultural appropriation to anti-Semitism.

“Believe all women” is a powerful war cry, but it can be turned into a weapon to hurt us. Exhibit A: Roy Moore’s false accuser. My latest: https://t.co/TlpopSzH9m

Some see her as a welcome and fresh voice on to The Times’ predominantly liberal opinion pages. Others say that she’s guilty of the very thing she criticizes, especially restrictions on unpopular ideas. For example, Weiss made a name for herself as a student at Columbia University by leading a campaign against professors she claimed were anti-Israel.

On Twitter, her feed is a mix of political commentary, news and tweets about Judaism.

Writing a column about Yom Kippur and looking around for art on @GettyImages. Struck that 90% of the images are of men. Nearly the same percentage are of a pretty obscure ritual involving chickens (kaparot). We need more photos of Judaism as practiced by the majority of Jews.

Changing your mind–especially in public–is an endangered behavior in our culture. What compels people to do it? https://t.co/XIvopAEmoL

She frequently shares articles by fellow New York Times writer Bret Stephens, a Jewish colleague since their days at The Wall Street Journal.

After the mass shooting at the Tree of Life synagogue in Pittsburgh — the site of her former Jewish community, where she was bat mitzvahed — Weiss wrote and tweeted about it from an insider’s perspective.

I'm used to calling Israel to see if everything is ok. Very strange to get those calls in the other direction. Thank God, my family is safe. But the Pittsburgh Jewish community is like a shtetl–this is what makes it so special. We all know one another and feel like family.