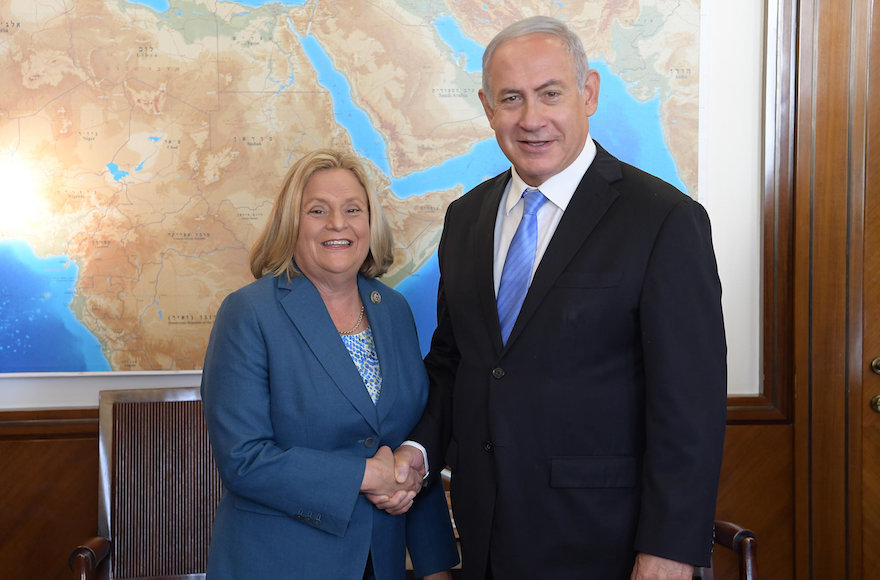 WASHINGTON (JTA) — Sen. Marco Rubio, R-Fla., reintroduced pro-Israel legislation that did not get passed in the last Congress.

Rubio, together with Sen. James Risch, R-Idaho, on Thursday, the first day of the new Congress, combined a number of Middle East-related bills into a single bill, jump-starting the process.

“First item the Senate will take up in the new Congress will be our bill to deal with the crisis in #Syria & support our allies in the Middle East,” Rubio said on Twitter.

Among the items is the Ileana Ros-Lehtinen United States-Israel Security Assistance Authorization Act, named for the Republican Florida congresswoman who just retired and who tried to shepherd the bill through the last Congress.

The bill would codify the 2016 deal between the Obama administration and the Netanyahu government that guarantees Israel $38 billion in security assistance over 10 years, protecting the assistance from the whims of any current or future president. Ros-Lehtinen garnered massive bipartisan support and got the bill through the House. Allies led by Rubio secured a majority in the Senate, but Sen. Rand Paul, R-Ky., who opposes foreign aid, used the senator’s prerogative to block it.

“Groovy!” Ros-Lehtinen said Thursday on Twitter when JTA posted the news. “I’m no longer in Congress but my bills live on!”

Also included in the Rubio bill is a version of a bill that languished in the last Congress that would establish federal legal protections for states passing laws divesting pension funds from groups that boycott Israel.

That section of Rubio’s bill is called “The Combating BDS Act of 2019,” referring to the Boycott, Divestment and Sanctions movement targeting Israel. It is separate from a more controversial anti-BDS bill that also failed to make the cut in the last Congress that would have established criminal fines for joining Israel boycotts. A number of Democrats shied away from that bill, citing free speech concerns, inhibiting its advancement in Congress. Its authors, Sens. Ben Cardin, D-Md., and Rob Portman, R-Ohio, have indicated they would make another try this Congress.

Separately, in the U.S. House of Representatives, Rep. Chris Smith, R-N.J., reintroduced legislation that would set a 90-day deadline for the administration to name an international anti-Semitism monitor. That has bipartisan backing.

Jewish groups and lawmakers have decried President Donald Trump’s failure to fill the position left vacant since he took office. The position that is congressionally mandated under a 2004 law, also authored by Smith.

“Now is the time to fill this position and provide all the support necessary to carry out this all-important mission,” Smith said in a statement. “The eyes of the world are looking to us to be the leader in the fight against anti-Semitism.”