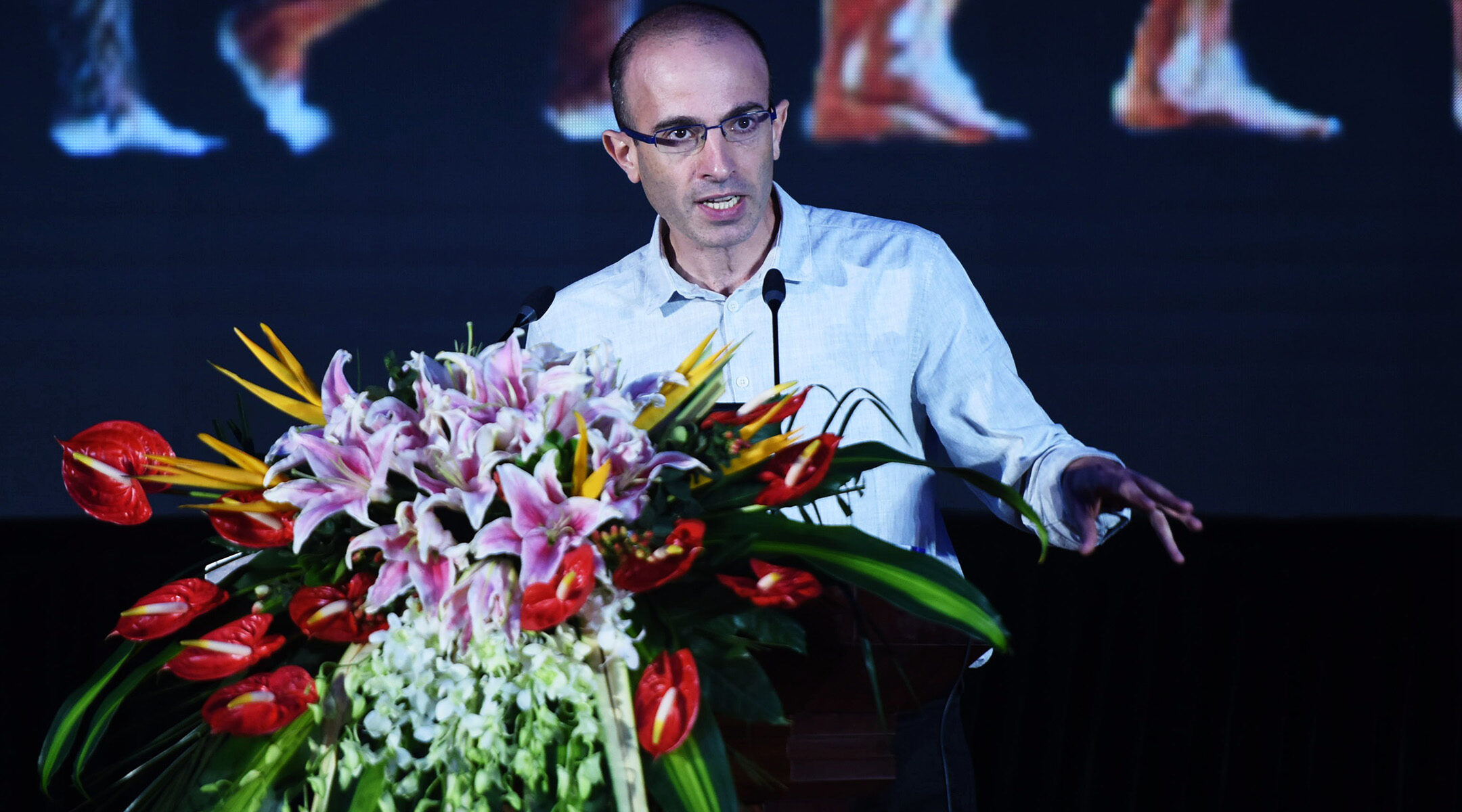 Yuval Harari joins Steven Pinker and Jordan Peterson in proposing lessons to grapple with the challenges of this century.  Based on the success of his past two books, many are awaiting Harari to tell us how to avoid past mistakes and navigate our future. Harari writes with flamboyance and vivid turns of phrase and offers many interesting observations and smart details. His clever writing almost obscures the logical shortcomings of his arguments. Behind his style of cool logic and balanced evaluations Harari’s message is an incoherent polemic that verges on the nihilistic and bizarre. Sadly, not a single one of Harari’s 21 lessons stands up to serious scrutiny.

Harari’s first logical shortcoming is an old fallacy: extrapolating future problems from the present. Harari’s take on the future reminds me of one of my first classes in business school. The professor cautioned us that had we listened to the predictions of 19th century American business prognosticators – who extrapolated from the problems they faced — we would fear the rapid buildup of horse manure as the biggest obstacle to further urban growth. In a similar vein Harari assumes that we will remain on auto-pilot and that increasing convergence of big data, artificial intelligence (AI), social psychology algorithms, and large networks will lead to unprecedented elite dominance, manipulation of our feelings (and elections) and mass unemployment. The problem with this argument is that historically unanticipated developments have usually disrupted auto-pilot outcomes. The advent of computers also saw the creation of hackers.  The discovery of antibiotics was accompanied by the identification of viruses and then of bacteria that became antibiotic resistant.  New technologies also led to new jobs.  Whoever heard of a social media manager in 1980? Harari himself naturally claims that he does not wish to see the elites oppress everyone (page 80). But he seems to think that this time we won’t have much choice.

Harari’s second logical shortcoming is another cliché of doomsayers: his insistence that our presumed future problems are radically different from anything we have ever faced. Harari argues that AI, cyborgs, bio-engineering (and elite control thereof), climate change, and nuclear war are game changers – and these are indeed profound challenges.  Yet, there is another case to be made: new technologies and elite control, environmental damage, and war are as old as humanity itself.  Ancient Egyptian and Mesopotamia elites jealously guarded know-hows like writing and astronomy as priestly knowledge.  Modern industrialists tried to monopolize machine technologies from competitors and workers by force. Pre-industrial societies such as Easter Island (among others) authored their own ecological collapse.  And ancient warriors like the Mongols killed 40 million people – one of the deadliest episodes in history.

Sadly, not a single one of Harari’s 21 lessons stands up to serious scrutiny.

But the elites across human history were never able to stay in control.  People sold or stole the patents.  They also fought to create societies that applied values and laws that stopped such concentration. Humans have also learned from technical mistakes – DDT and CCFs, once ubiquitous, are now illegal.  Harari himself sees regulation as the means to keeping elites in check. Yet he strangely implies that these solutions have nothing to do with past lessons.

Harari’s’ third logical shortcoming is that nothing of past human civilization is relevant to our future. Harari insists that everything from nationalism, liberalism, to all religions – except perhaps Buddhism – are useless in addressing our current predicaments. His logic could not be more circular: all contemporary problems are in his view either technical problems, policy problems, or identity problems (page 128) Since Harari claims that because neither religions nor past ideologies have anything to say about technical problems or policies and only worsen identity frictions, they are irrelevant.  While Harari just states his opinion as fact, many historians view the laws and values of major religious traditions and modern ideologies like liberalism as the very forces that led to progress against elite domination, war, and destruction.

Take the Bible: it rejects elite power by applying the law to everyone and by forbidding property monopolies via the jubilee years. In what is possibly his most bizarre chapter, Harari argues we need a new definition of justice because the command not to steal does not apply “when the global system is ceaselessly stealing on my behalf without my knowledge” (page 228) I fail to understand his logic. Why not advocate for carbon taxation, investment in clean technologies, and the application of criminal, environmental, and labor laws in all countries?  Instead the solutions Harari offers are entirely rhetorical.

Harari’s fourth logical shortcoming is his insistence that all of human civilization consists of stories of equal fictitiousness. The logical problem with Harari’s use of the word “stories/fictions” started in his previous book, Sapiens, in which he refers to money, corporations, nations and religions as fictions.

Money for example is a representation of a bill of payment – and therefore a contract. Liberalism is a set of values, laws, and relationships.  Neither are fictions like mermaids or Harry Potter. Moreover many of the ideas Harari calls stories are derived from practices in reality. Money seems to have originated from barter of useable good evolving to the exchange of goods for something of enduring value (precious metals, salt), to bills of payment in lieu of coins. Where Harari sees fiction, I see the development of a more sophisticated tool.

Nothing is gained from calling so many thing stories other than a rhetorical sleight of hand. And what is lost is the crucial difference between rational descriptions of the world and of human relationships with stories used for political ends. I worry that if everything is a story unmoored from reality and experience, many will again feel free to create real fictions – like racial superiority, godly birth, or an elite class — as the sign that they deserve to oppress and dominate others. It is these dangerous fictions that the major religious traditions and ideologies Harari so despises opposed with their universal application of the Golden Rule.

Harari’s wonderful writing style obscures the incoherence, polemical nature, and nihilism of his message.  Harari writes with wit and offers many interesting examples. We are given keen observations about the history of war — Kamikazes were the first guided missiles — but under the veneer of a mature message of humility and skepticism is a huge amount of waffling and incoherence. We are told religion has been totally nefarious (pages 126-139), but then also inspires compassion (page 201). Post-truth is a feature of all of humanity (page 236), but then commitment to truth is a defining feature of secularists (page 212).

Despite the semblance of analytic distance and fairness, Harari’s book has the features of a polemic – mainly directed against religion, though culture gets a hit as well. For example, Harari’s defines secularism as everything that is good: truth, responsibility, compassion. He makes outrageous generalizations like “to the best of our scientific knowledge none of the thousands of stories that different cultures, religions, and tribes have invented throughout the ages is true.” (page 283), and “European civilization is anything Europeans make of it […] (page 96). He also gives reductionist accounts implying that people believe this nonsense because it gives them identity and makes them feel a certain way (page 284). Harari’s existential nihilism, especially in its Buddhist form, would be worthy of debating if he did not couch it in such grandiose assertions. “Assert it and they will come” seems to be his motto.

For all people concerned about where we are going in the 21st century, I believe we should take another look at time-honored morality and texts. Harari’s chapter headings are perhaps the most valuable part of the book. Yes, we need to talk about equality, post-truth, meaning, justice, work, belief, fiction and reality.  But with his simultaneously incoherent, polemical and manipulative claims, Harari does not deliver. For thoughtful readers, I would suggest going back to the very traditional texts that Harari dismisses. The Bible’s ten big lessons are a good place to start.

Scott A. Shay is the author of In Good Faith (Post Hill Press) and is the chairman and co-founder of Signature Bank of New York.