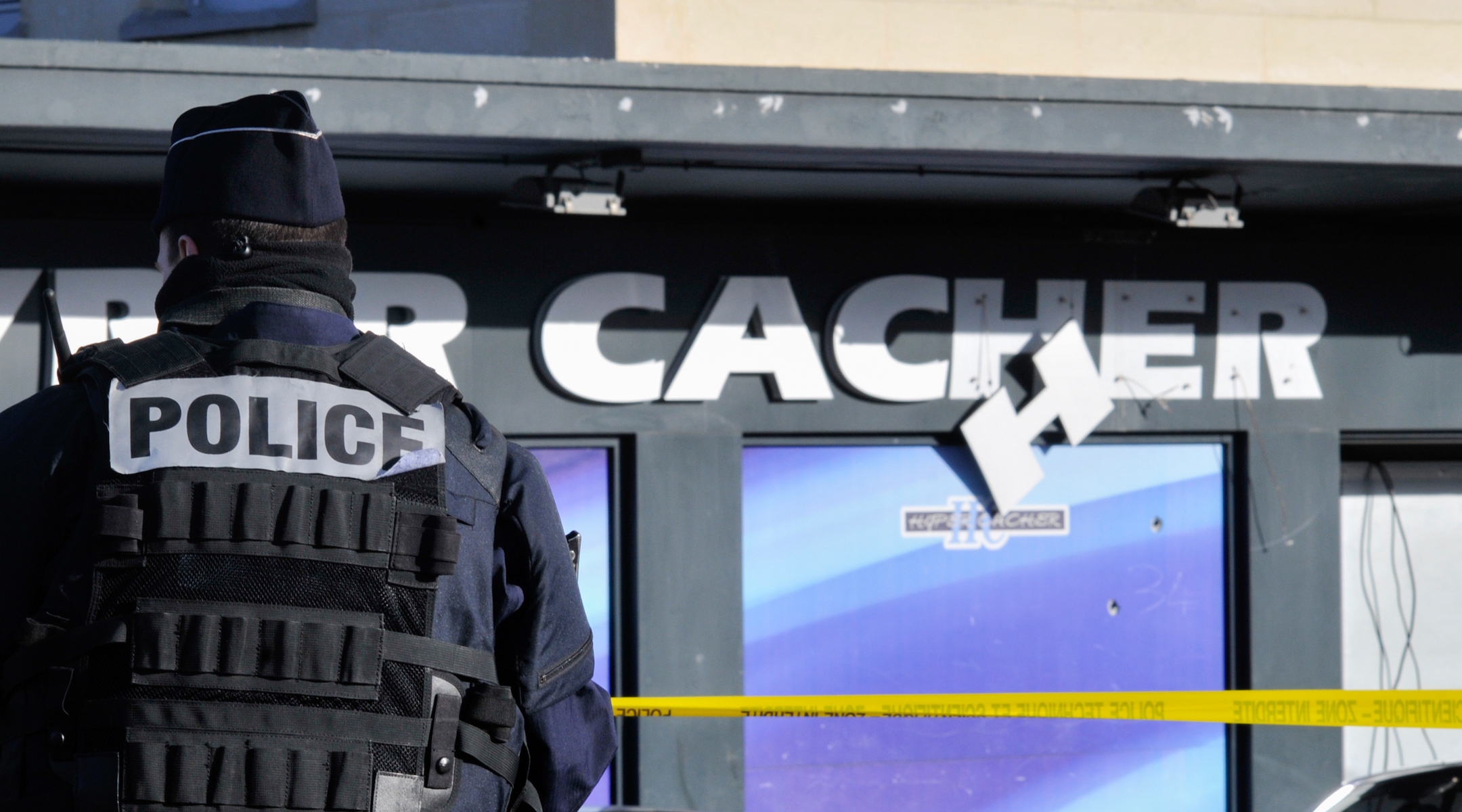 The Hyper Cacher market in Paris was attacked on Jan. 9, 2015. (Serge Attal/Flash90)
Advertisement

(JTA) — It has been four years since a gunman attacked the Hyper Cacher kosher supermarket in Paris. JTA’s Cnaan Liphshiz went back to the scene of the shooting for a commemoration ceremony, and to check in with French Jewry on how they feel their country has progressed — or not — since then.

JTA is live from the scene where French Jews are commemorating the 4th anniversary of the siege and killings at Hypercacher, the kosher supermarket in Paris, on January 9, 2015.