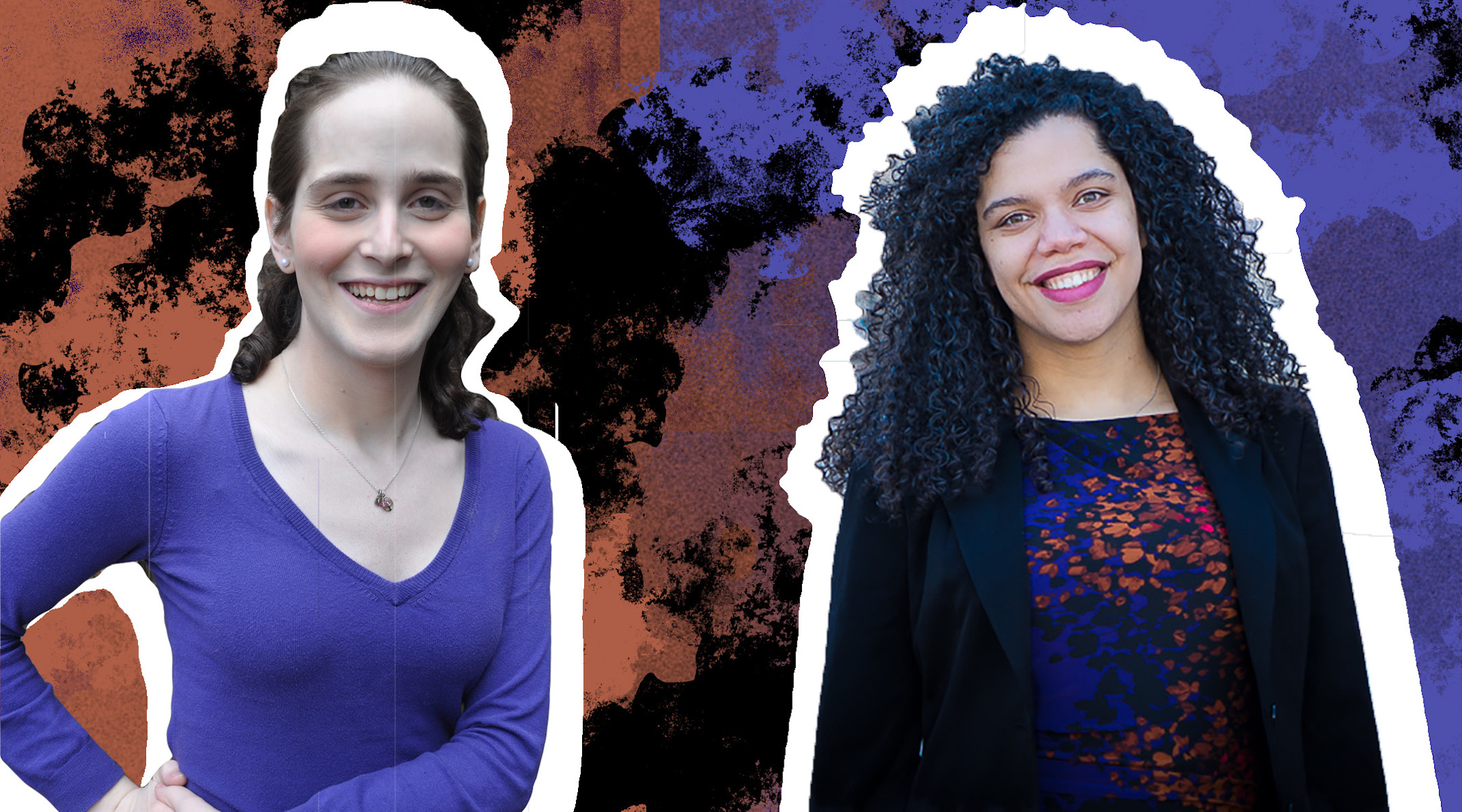 There is “a long history of asking black leaders to condemn each other and undermine their relationships” in America, she told JTA in an interview from Senegal, where she has been vacationing. “That’s in general not the kind of language people in the black community use to talk about each other.”

It is language Jews use, she said, but “there is unconscious white supremacy in telling black people how they should communicate with each other.”

The way the black and Jewish communities “respond to oppression is very different, and that has been part of the problem on both sides,” said Baskin, and a big part of why she feels that it’s valuable to participate in the steering committee.

Baskin was one of three women named earlier this week to the committee by Women’s March Inc., which has come under fire in recent months for its leaders’ handling of anti-Semitism allegations surrounding Mallory’s embrace of the consistently anti-Semitic Farrakhan, the Nation of Islam leader.

In addition to Baskin, who until recently coordinated diversity efforts at the Union for Reform Judaism, the Jewish members of the 32-member steering committee include transgender rights activist Abby Stein and Jewish diversity activist Yavilah McCoy.

In an exclusive joint interview with JTA conducted by conference call, Baskin and Stein spoke about why they agreed to join the Women’s March leadership at a time when some celebrities and various Jewish and human rights groups are keeping their distance.

“I’m convinced that working with Women’s March people, we can gain so much more by working together even when there might be some parts we feel uncomfortable with,” said Stein, speaking from Florida, where she had a speaking engagement. “I want to have a dialogue with people who are open to listen and be educated so long that I see we can gain more.”

Paraphrasing a passage from Pirkei Avot, or “The Ethics of the Fathers,” Stein — who was ordained a rabbi in the Hasidic community in which she was raised before transitioning to her female identity – said, “the good parts are outweighing the bad parts. That is something I learned from the Mishna and the Talmud.”

Few recent domestic issues have been as divisive among American Jews, many of whom condemn Mallory’s admiration for Farrakhan and the anti-Zionism of Palestinian-American activist Linda Sarsour, another founder. As a result, a number of alternatives to the main Women’s March, which is slated to take place this weekend in Washington, D.C., New York and cities across the country, have sprung up with an explicit welcome for pro-Israel Jewish women.

The original Women’s March, held the day after President Donald Trump was inaugurated in January 2017, was the largest single-day protest in U.S. history. As many as 1 million people participated in the Washington protest, and hundreds of simultaneous sister marches across America and around the world involved as many as 7 million people.

On Monday, appearing on the television show “The View,” Mallory was pressed by co-host Meghan McCain to condemn Farrakhan’s unrelenting anti-Semitism. Instead, Mallory defended an Instagram post featuring a photo of her and the Nation of Islam leader that referred to him as GOAT, or “greatest of all time.”

“I don’t agree with many of Minister Farrakhan’s statements … It is not my language, not the way I speak.” Mallory said. “I called him GOAT not because of his rhetoric, but because of what he’s done in black communities.”

According to Baskin, resistance to condemning other black leaders is rooted in the historical experience of African-American families being torn apart, beginning with the slave trade.

“Our families were literally ripped apart, so we need to do everything we can to maintain connection,” said Baskin, who is black and Jewish. “As someone who embodies both of these identities, I see the legitimacy of both elements of” the debate over Mallory’s admiration for Farrakhan.

Noting that the official Women’s March leadership has issued statements condemning anti-Semitism, Baskin said that the work they are doing “is complex and hard.”

In November, Sarsour issued a statement saying the leadership “should have been faster and clearer in helping people understand our values and our commitment to fighting anti-semitism.” The same week, however, she also suggested that criticism of Mallory and the leadership was coming from a far right that opposed her support of the Boycott Israel movement and that was attacking Mallory because she is a black woman.

Stein said her political activism started after she participated in the 2017 Women’s March in Washington with hundreds of other students from Columbia University, where she is now working to finish her undergraduate degree. At the march, they camped out on the floor of Hillel International’s office and celebrated havdalah, the transition between Shabbat and the work week. It moved her, she said, and led her to want to become more politically engaged.

About a year ago, Stein started interacting with Sarsour online. In early 2018 they were at a photo shoot together after being named two influential Brooklynites by a local nonprofit organization. From then, “Linda and I started talking a lot. Through her I got to know the other three people who have been the public faces of the march,” Stein said. “It felt to me that Linda and I had a friendship that was really amazing. I started talking about my relationship to Israel. My father and grandmother were born in Jerusalem.”

Stein said Sarsour was interested in hearing about her connection to Israel.

Stein, whose memoir “Becoming Eve” is to be published this year, said “none of these four amazing Women’s March leaders are anti-Semitic.”

“I may not be comfortable with some of their relationships, but it is not my place to say who people of color can and cannot have relationships with. I would never work with someone I know is anti-Semitic,” she said.

“Even the people who do have relationships that I don’t personally understand, these relationships have no direct effect on the march. It doesn’t affect what we write. We are now working on a women’s policy agenda,” which will be made public at the march, Stein said. “It’s exactly what I want to be part of, what we need to be part of.

Despite statements that they disavow anti-Semitism, the Women’s March leadership has not been able to convince various Jewish women’s groups and others — including the Democratic National Committee and the Southern Poverty Leadership Conference —  to sponsor a march they had once endorsed enthusiastically.

“The divisiveness and pain that has come to characterize the 2019 Women’s March for many Jewish women centers on the leadership of Women’s March Inc.,” the Jewish Women’s Foundation of New York told The New York Jewish Week in a statement. “Whether one marches or doesn’t on January 19, there are many opportunities all year long to stand for the rights of women in the United States against anti-Semitism and misogyny.”

Nevertheless, Stein boasted that the new Women’s March steering committee “is one of the most diverse group of leaders to ever come together, in my experience.”

“This gives us an opportunity to unify, to listen, to have these conversations,” she said. “The alternative would be for the three of us to walk away, and what would happen? It would be so much worse.

“I want to make sure I’m in a room when anti-Semitism comes up in any shape or form, so I can speak to it.”

Baskin, whose title at URJ was Vice President of Audacious Hospitality, told JTA: “My hope is that in the months ahead there can be more space for education and learning. The dynamics are highly complex and are often difficult. There is a lot more learning we would all benefit from.”