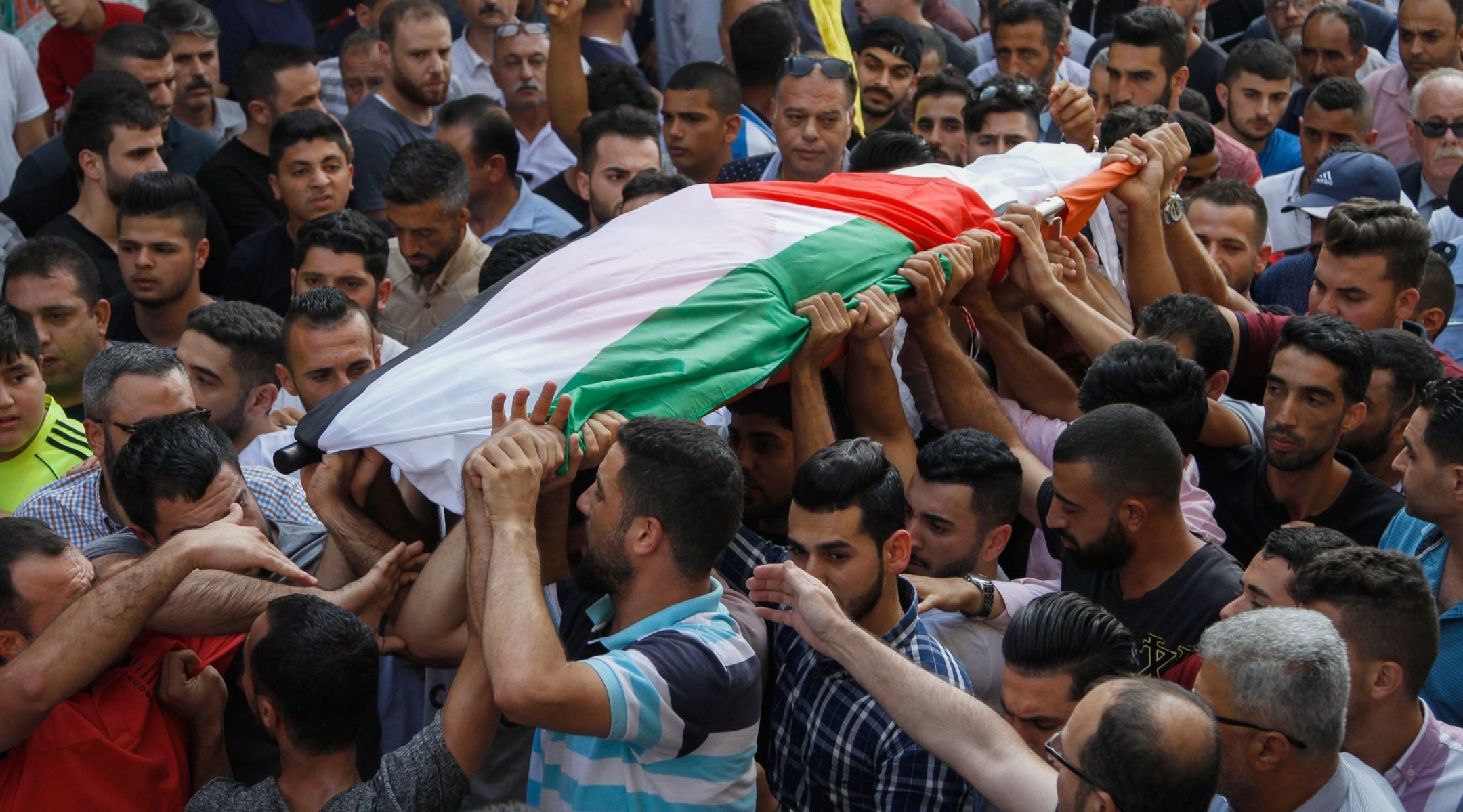 JERUSALEM (JTA) — A Jewish yeshiva high school student was charged Thursday with manslaughter in the rock-throwing death of a Palestinian woman in the West Bank while she was riding in a car.

The prosecution asked that the 16-year-old, from the central West Bank, remain in custody until the end of the trial. The minor’s name remains under a gag order.

Four other teens from the Pri Haaretz Yeshiva in the West Bank settlement of Rehalim were arrested for suspected involvement in the mid-October incident that killed Aisha Mohammed Rabi, 47, a mother of nine. They were held for several days and then released to house arrest. No other indictments are expected in the case, however, according to reports.

The charges against the 16-year-old include manslaughter, aggravated stone throwing at a moving vehicle and intentional sabotage of a vehicle. A guilty verdict on manslaughter could carry a sentence of up to 25 years in prison, though the term could be mitigated for a minor.

Rabi was killed at the Tapuah Junction when a rock thrown at the car driven by her husband struck Rabi in the head. Her husband told the international media that the rocks were thrown from near a Jewish settlement and that he heard people speaking Hebrew, though he did not see them.

The indictment says that the teen threw the rock at the front of the car after he noted that it had Palestinian license plates with the intention of harming those in the vehicle, which also included the couple’s 9-year-old daughter.

The father of the teen spoke to reporters after the indictment was filed.

“We know our son is innocent. The ordinary man on the street understands our son is innocent,” he said. “Unfortunately, the excessive motivation to find guilty at all costs has turned us into victims. It will take time unfortunately but one day our son will be exonerated. We’re sure of this and we know it.”

He added: “We’re strong and we will try to hold on.”

The day before the indictment, a judge in the Rishon Lezion Magistrate’s Court announced that DNA of the teen was found on the rock that smashed through the windshield of the care. The judge also reportedly said that the teen gave an explanation about why his DNA was on the rock, the first time he provided testimony since his arrest.

Each of the arrested teens had been prevented from meeting with an attorney for about a week after their arrests. The Honenu organization, which provides free legal defense for Jewish settlers, called the interrogation of the teens “brutal.”