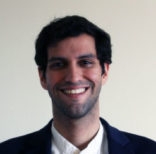 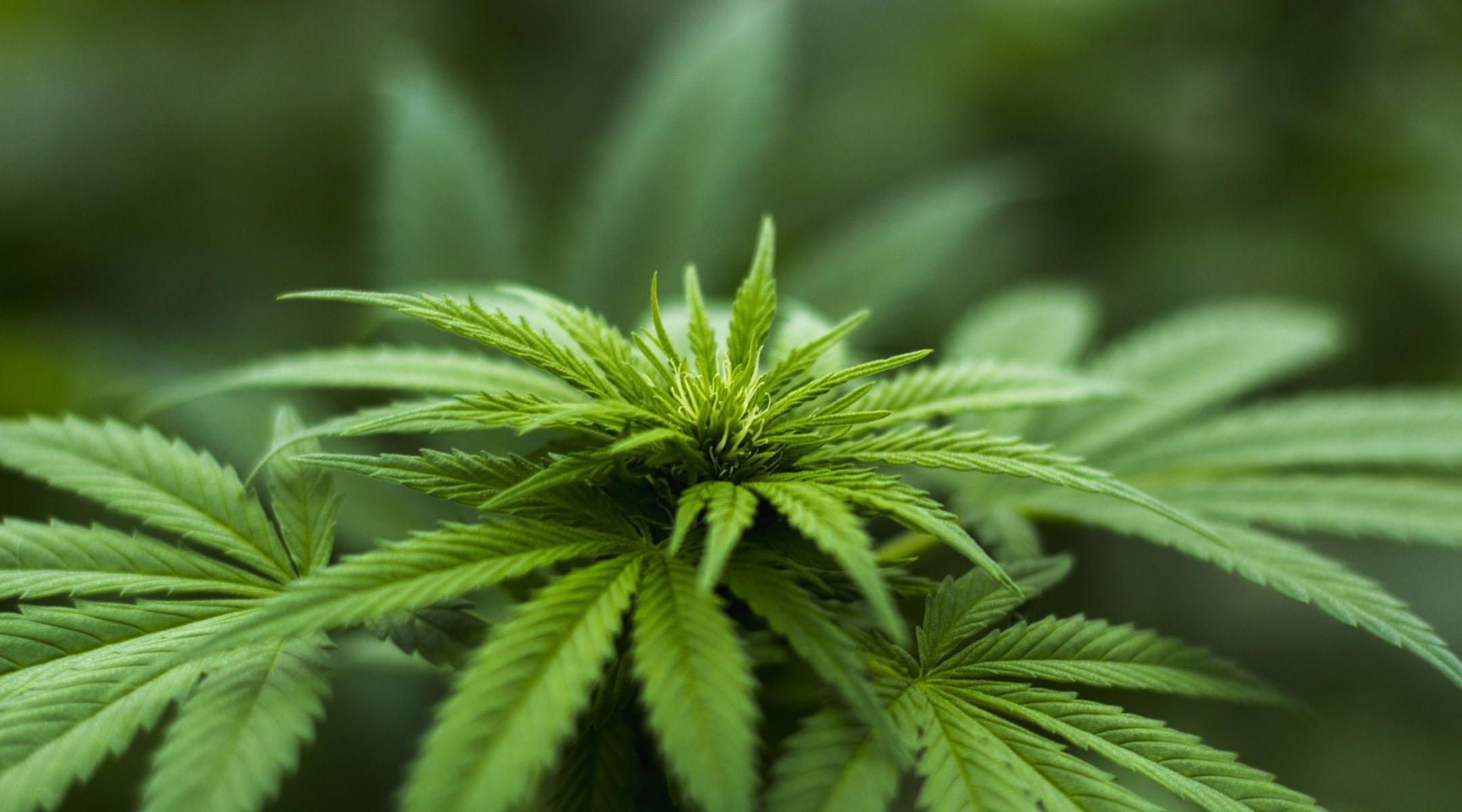 Marijuana exports could result in up to $1 billion in tax revenue for Israel, its Finance Ministry says.
Advertisement

WASHINGTON (JTA) — This week, the Israeli Cabinet unanimously approved legislation that will allow local cannabis companies to start exporting medical marijuana, making Israel the third nation in the world where it is legal to do so.

According to the latest available estimates from Israel’s Ministry of Finance, exporting marijuana could result in up to $1 billion in tax revenue for the country. The global legal cannabis market is expected to grow to $57 billion by 2027, and there is a clear economic advantage to entering the international market early.

But the road to legal export has not been easy. While medical marijuana use has long been legal in Israel for the treatment of severe health conditions, export and recreational use have not been. Israeli officials tasked with keeping recreational marijuana from the Israeli public originally balked at the export proposal.

The cannabis export law has been stalled primarily over security and public health concerns, as well as political opposition from abroad. But a recent shift in the Trump administration’s prosecutorial approach has given the startup nation the necessary incentive to finally enter the global market.

While President Barack Obama was still in office, the Israeli government began laying the legal groundwork for domestic medical marijuana production. But the 2016 election of Donald Trump, a newly minted member of the party in which being seen as soft on drugs is political suicide, threw a wrench in the implementation plans. While Israel was trying to create an industry, U.S. Attorney General Jeff Sessions made clear that he was ending the Obama administration’s lax approach to marijuana.

But by early November 2018, Sessions was out of a job – and Israel’s parliament seized the moment.

Israeli laws governing the export of medical marijuana have been in the works since 2011, when the government established an office to deal exclusively with the subject, and it’s been a nine-year fight to get to where we are today.

In June 2016, the Israeli government passed decision number 1587, which established the legal precedent for medical marijuana and allowed farmers and medical companies to apply for cannabis export licenses.

According to the Ministry of Agriculture, eight Israeli companies were licensed to grow medical cannabis for domestic consumption as of April 2018. There are also more than 900 pending applications for new farms, factories and pharmacies.

But in a February 2018 government meeting, Prime Minister Benjamin Netanyahu reportedly said that President Trump had personally conveyed “his general opposition to the legalization of cannabis.” Netanyahu added that “The administration’s position is clear on this,” and he was not sure Israel should butt heads with the U.S. over the issue.

The United States is by far Israel’s largest trading partner. According to the Israeli Export Institute, which is part of the Ministry of Finance, the U.S. imported more than $11 billion in goods and services from the country in 2017 and was responsible for more than 26 percent of Israeli global trade that year. It would make sense that Netanyahu would not want to anger the Trump administration over an infant industry like medical marijuana.

Of course, that was nearly a year ago, and change comes quickly in Trump times. In 2018, Sessions as attorney general was still waging a personal war against marijuana and ignoring Obama-era guidance that encouraged prosecutors to refrain from making cases against recreational use in areas where such use is legal on the state level.

But Sessions’ presumed replacement, William Barr, said during his confirmation hearing that the “current marijuana situation is untenable.” While he added that he is not a supporter of federal legalization, Barr later clarified that he plans to follow Obama-era guidelines and generally refrain from prosecuting state-legal cannabis businesses. Alongside new bipartisan bills supporting research into medical marijuana and a recent farm bill that legalized growing hemp, it seems that cracking down on the cannabis industry is not the sticking point it once was for the Trump administration.

In addition to a change in U.S. policy, domestic security concerns that originally stalled the Israeli law’s implementation and caused gridlock have since been resolved. The Ministry of Public Security demanded increased authority and funding, and the Ministry of Finance tried to minimize the government’s expenses in connection to the law.

Ultimately, Public Security Minister Gilad Erdan and Knesset member Yoav Kisch approved the advancement of the law allowing for marijuana export in November, once Erdan’s office received increased funding and oversight over growers (and once Sessions was officially out of their way).

Although they could not export cannabis directly until now, many of Israel’s leading marijuana producers have already focused on expanding sales and facilities outside of the country.

The Israeli cannabis company Together recently signed a two-year deal to supply $300 million worth of medical marijuana to the Canadian market, bought a German marijuana outfit for 2 million euros and operates a farm while also building a factory in Uganda. Other Israeli ventures are eyeing  European destination such as Denmark and Portugal.

Now that the export of medical cannabis is legal, growers predict that both tax revenue and the ability to do research will increase dramatically.

Sid Taubenfeld, CEO of TO Pharma, the American medical and research division of the Israeli cannabis company Tikun Olam, told JTA by phone that the new law will help Israel become a global leader in the field.

“We’re doing studies in Israel, and we’re going to do studies in Canada now,” he said. “The rest of the world is playing catch up.”

Along with the significant economic windfall expected, this development will help Israel get a head start in this growing market and maintain its reputation as a global hub for medical and business innovation. While the United States is not as progressive when it comes to drug policy, other interests in both camps will prevail.

More than anything, the fact that the whisperings of the president of the United States seem to have superseded the wishes of Israel’s democratically elected representatives makes clear that the U.S.-Israel relationship is not a relationship of equals. While Israel has certainly enjoyed a warmer relationship with the Trump administration than with the previous administration, that closeness sometimes comes at a cost.

But Taubenfeld told JTA that he isn’t too worried about the future of his industry.

As he put it, “Trump has other problems to worry about besides cannabis.”

Anis Modi
is a DC-based writer and current staff editor for Moment Magazine. He was born and raised in Israel.
The views and opinions expressed in this article are those of the author and do not necessarily reflect the views of JTA or its parent company, 70 Faces Media. 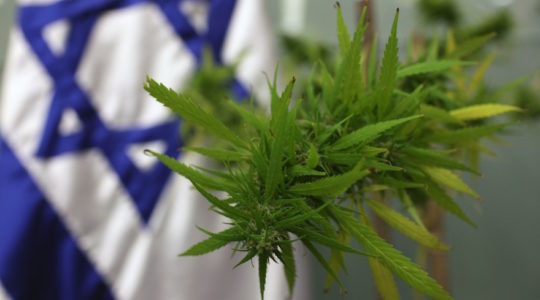 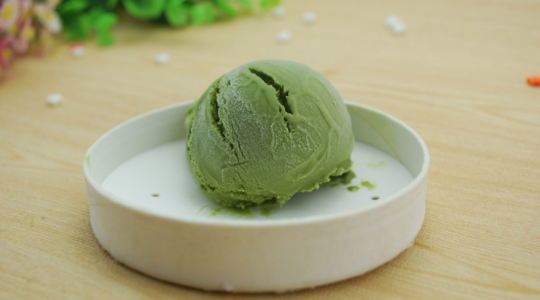 Cannabis-flavored ice cream? This Israeli is helping pioneer the product. 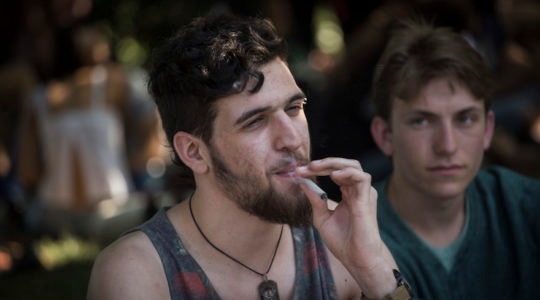 Israel moves to decriminalize marijuana use 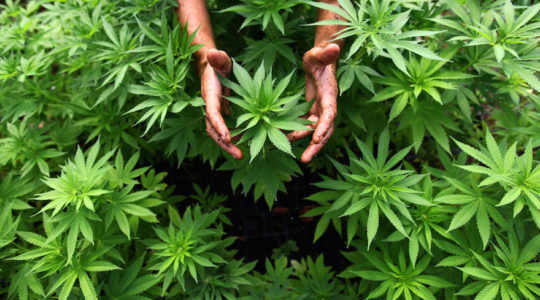