Holocaust survivor Eddie Ford had no family. Dozens of strangers showed up for his funeral. 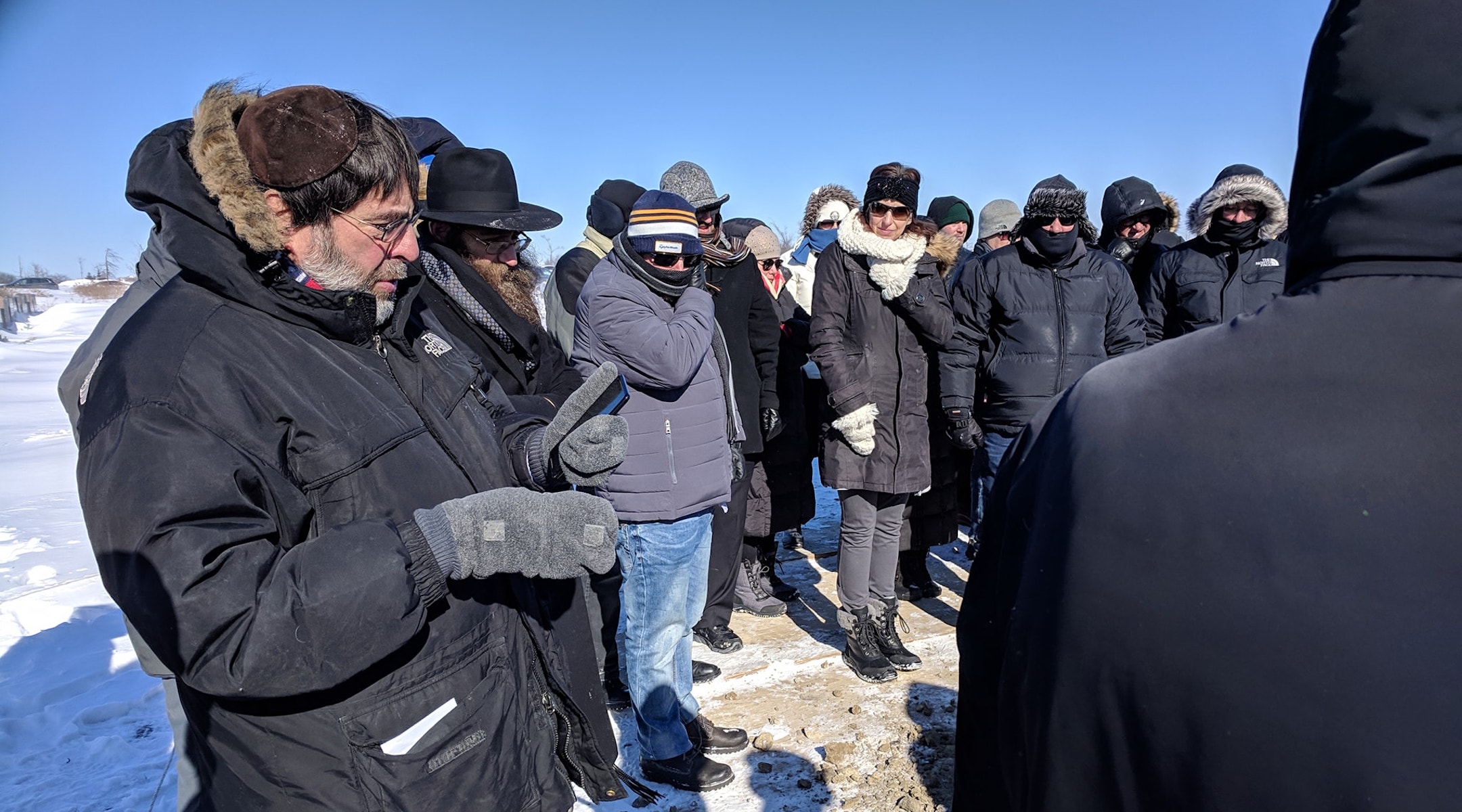 (JTA) — A rabbi in Toronto thought no one would show up in 13-degree weather for the funeral of a Holocaust survivor with virtually no family.

At 11 p.m. on the night before the noon funeral of Eddie Ford on Jan. 31, Rabbi Zale Newman posted the request for members of the Jewish community to attend the funeral.

Ford had survived the Holocaust by being hidden with a Christian family.

Newman met him seven months ago, when the 85-year-old from Budapest was hospitalized with cancer that had spread throughout his body. Newman visited weekly before Shabbat and prior to Jewish holidays, writing in his post that Ford would recall his time as a young member of the choir in the Dohany Street Great Synagogue of Budapest. He could only remember the tunes to the Shema sung when the Torah was taken out and some lines of the Aleinu prayer.

Ford renewed his interest in Judaism while hospitalized, and one of his last requests, Ynet reported, was to have a Jewish funeral.

In response to the Facebook post, Newman wrote in a follow-up, three people responded that they would attend. So when he arrived at the Pardes Chaim Cemetery in north Toronto, he assumed that the long line of cars waiting to get in to the parking lot was for another funeral.

Newman soon learned that his Facebook post had been shared multiple times and that the crowd was there for Ford’s funeral.

“I had to park far away and walk in the freezing wind to join an estimated 150 people in a huge, warm circle of love, as we gave Eddie a sweet, proper, fitting, loving send off to the Next World,” Newman wrote.

“I am in tears just thinking about how humbling and awesome it is to be part of the Jewish People, who on very short notice would drop everything, leave whatever they were planning on doing, drive a long distance, to stand outside in an open field, on a super freezing, blowing, windy day to escort a sweet, little Jew from Budapest, who was unknown to almost all them, on his final journey,” he wrote. “And so tell me, WHO is like you, dear Nation of Israel?? G-d clearly chose wisely.”

The plot and funeral services were provided by the local Bikur Cholim organization, the same group that sent Newman to visit Ford.

In an essay on the Aish.com website, Newman said that Ford’s long-lost brother from a small town in Ontario arrived at the funeral after someone he knew read about the death on the internet and made the connection.