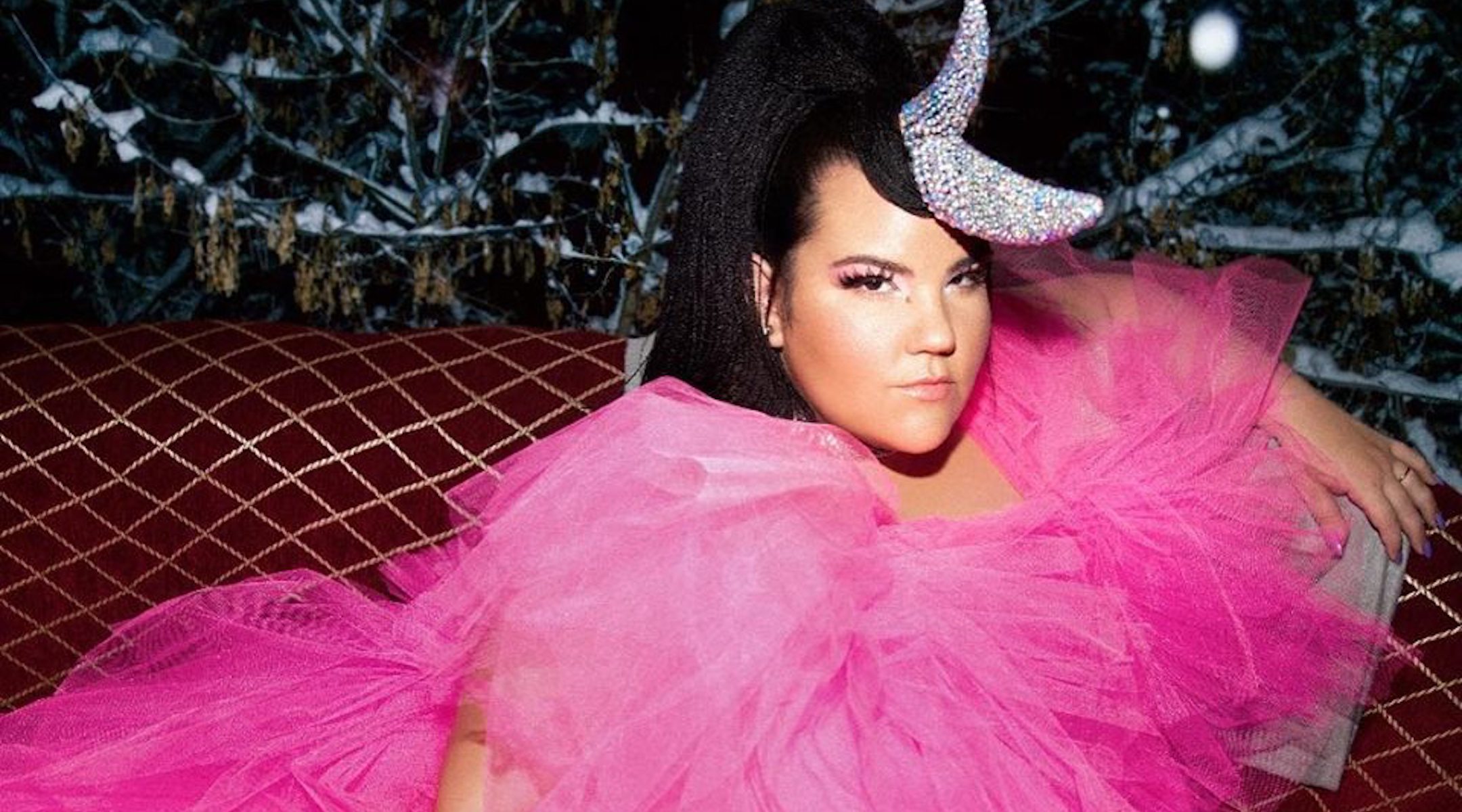 Netta is back with a post-Eurovision single. (Daniel Kaminsky/Facebook)
Advertisement

JERUSALEM (JTA) — For all those who thought she was just a one-hit wonder, Israeli singer Netta Barzilai has released a new single since winning the Eurovision contest last May. And it’s already generating plenty of buzz.

“Bassa Sababa,” Arabic for “Bummer, That’s Awesome,” dropped on Friday. The song is a celebration of her life since winning Eurovision – the good, the bad and the very, very pink.

The music video accompanying the song features Barzilai, 26, dressed as a pink rhino charging after the man who has dumped her as they are about to be married (sans huppah).

She calls on him to “Stop!/ Call your mama/ Run/ Tell her I’m a Rhino/ My killer girls are coming/ If you won’t hide you’re done.” And “Stop!/ Hold the trigger/ Watch/ My horn is bigger/ I win/ I love my thicker figure/ I grew a thicker skin.”

The official “Bassa Sababa” video on YouTube had more than 2 million views as of Sunday evening in Israel along with 9,000 comments.

She told The Associated Press that the song is a more “raw, real” version of female empowerment than her Eurovision winner, “Toy.”

Along with Barzilai as a pink rhino, the video features a lot more pink: other costumes, a car, bubbles and goo, and hooded students. There are also 50 pink-clad dancers.

The video was filmed in more than a dozen locations in Kiev, the Ukraine capital, and came in at a cost of some $275,000 — the most expensive Israeli music video ever, according to reports.

“After this experience, the people made me into some kind of idol for empowerment, self-acceptance and love,” Barzilai told AP. “But what they don’t know is that’s actually what empowered me.”

She wrote the song with Stav Beger and Avshalom Ariel. Barzilai uses her famous looper alongside an African beat and techno-electronic music.

In a statement released with the song, Barzilai said: “I learned this year from my fans that I’m stronger than I think I am. The light and the joy within me and the people around me can conquer all the darkness that comes from inside and out. A rhinoceros is an animal with a very thick skin, that protects itself and its herd by attacking, not feeling.”

Barzilai’s Eurovision victory means that the 2019 iteration of the annual contest will be held in Israel. Not unexpected, dozens of European celebrities and artists — including Peter Gabriel, director Mike Leigh and the indie rock band Wolf Alice — signed a letter condemning the Jewish state and asking the Eurovision organizers to hold the contest elsewhere.