Why the attempted attack on Islamberg should alarm Jews, too 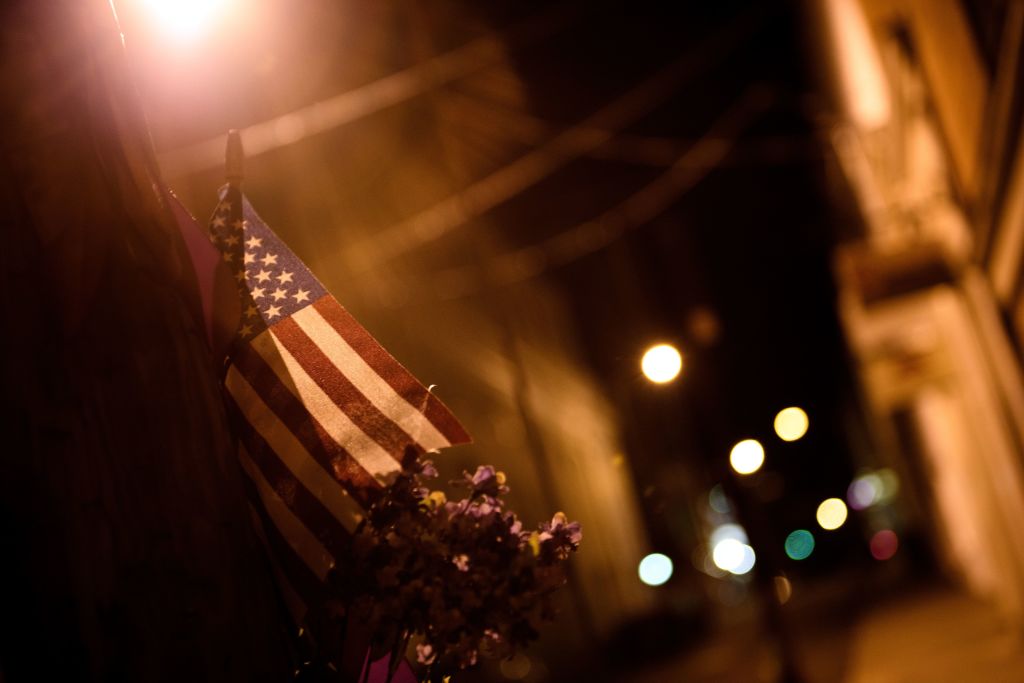 (JTA) – Police in Rochester, New York, arrested four young men last month before they could commit a terror attack against the small Muslim town of Islamberg. The men were armed with dozens of guns and several explosives.

Preventing the assault, however, hardly alleviated the fears of residents, who have been besieged repeatedly by threats of violence simply because of their enclave’s religious character.

While none of the many Jewish bungalow colonies in the nearby Catskill Mountains have been falsely maligned as a “terrorist training camp” as Islamberg has, American Jews should be alarmed by both the false accusations and the plot to violently attack the community.

After all, an America that is perilous for one minority is unsafe for all.

The same right-wing extremist ideology that seeks to rid America of Muslims would gladly do the same to its Jews. The would-be perpetrators of the plot against Islamberg did their planning on Discord, a platform for online gamers that has become a hub for white supremacists. Discord was used to help organize the 2017 Unite the Right rally in Charlottesville, Virginia, where protesters chanted “Jews will not replace us” and counterprotester Heather Heyer was murdered. The Pittsburgh shooter’s hatred also was fostered within an online community – not Discord but Gab. Before committing the massacre at Tree of Life Synagogue, the perpetrator reposted on that platform, “It’s the filthy EVIL jews [sic] Bringing [sic] the filthy EVIL Muslims into the Country!!”

In addition to threats of violence, both Jews and Muslims often have their loyalty as Americans outrageously questioned. American Muslims are too often painted with the broad brushstroke of violent extremism, as if all were part of a terrorist network intent on the overthrow of the United States. This canard fueled the recent charge that Shahid Shafi, a Muslim Republican Party leader in Tarrant County, Texas, was unfit to serve because his religious identity meant that his allegiance lay with the Muslim Brotherhood. More recently, an elected official in Hallandale Beach, Florida, made the absurd suggestion that Rep. Rashida Tlaib’s Palestinian Muslim background might compel her to martyr herself and blow up Capitol Hill.

American Jews have been victims of conspiratorial libel, too. In the last election cycle, several ads played on the old anti-Semitic trope of Jewish control of money by featuring Jewish candidates grasping wads of cash. Too many criticize American Jewish support for Israel as a sign that we cannot also be good U.S. citizens. Likewise, the smear that Jews are globalists, and therefore disloyal to the country in which we live, continues to be used against us.

Unfortunately, some of these stereotypes often creep into our own communities as well. Rep. Ilhan Omar recently renounced her 2012 tweet which said that “Israel has hypnotized the world” and “disavow[ed] the anti-Semitic trope [she] unknowingly used, which is unfortunate and offensive.” And anti-Muslim rhetoric too easily creeps into Jewish conversations about Israel, as it does for the campus leader who said at a recent Turning Point conference, “I don’t even want to call it ‘radical Islam’ – it’s just ‘Islam.'”

Jews and Muslims must come together to educate one another about these dangerous and inaccurate views.

To be sure, there are other challenges to the Muslim-Jewish partnership in the United States. We may disagree about the best way to achieve a secure and just peace for Israelis and Palestinians or dispute the most effective methods for confronting violence propagated in the name of Islam.

But reasonable debate must not keep us from working together to ensure our freedom of religious expression and our place in the American story. America’s gift is its embrace of diversity, and we cannot allow those who would jeopardize this core value to succeed.

In 2016, the American Jewish Committee partnered with the Islamic Society of North America to form the Muslim-Jewish Advisory Council. Co-chaired by Farooq Kathwari, CEO of Ethan Allen Interiors Inc., and Stanley Bergman, CEO of Henry Schein Inc., the council is a national coalition of Muslim and Jewish leaders from across civil society committed to promoting the welfare of both communities.

The council’s Muslim and Jewish partners have already mobilized to uphold America’s promise for all. They played a key role in passage of the Protecting Religiously Affiliated Institutions Act, which expands federal hate crimes statutes, and are currently working to improve hate crimes reporting. Through these and other initiatives, the council is working to ensure that diversity can thrive in this country.

Hate crimes against Jews and Muslims have increased steadily over the past few years. When Muslims are attacked in the U.S., Jews must cry foul against the perpetrators, reach out to the victims, and build effective partnerships to secure protection and safety for all. Ignoring the danger imperils all Americans and forfeits the blessings of our diversity.

Ari Gordon
is the American Jewish Committee's Director of Muslim-Jewish Relations.
The views and opinions expressed in this article are those of the author and do not necessarily reflect the views of JTA or its parent company, 70 Faces Media.