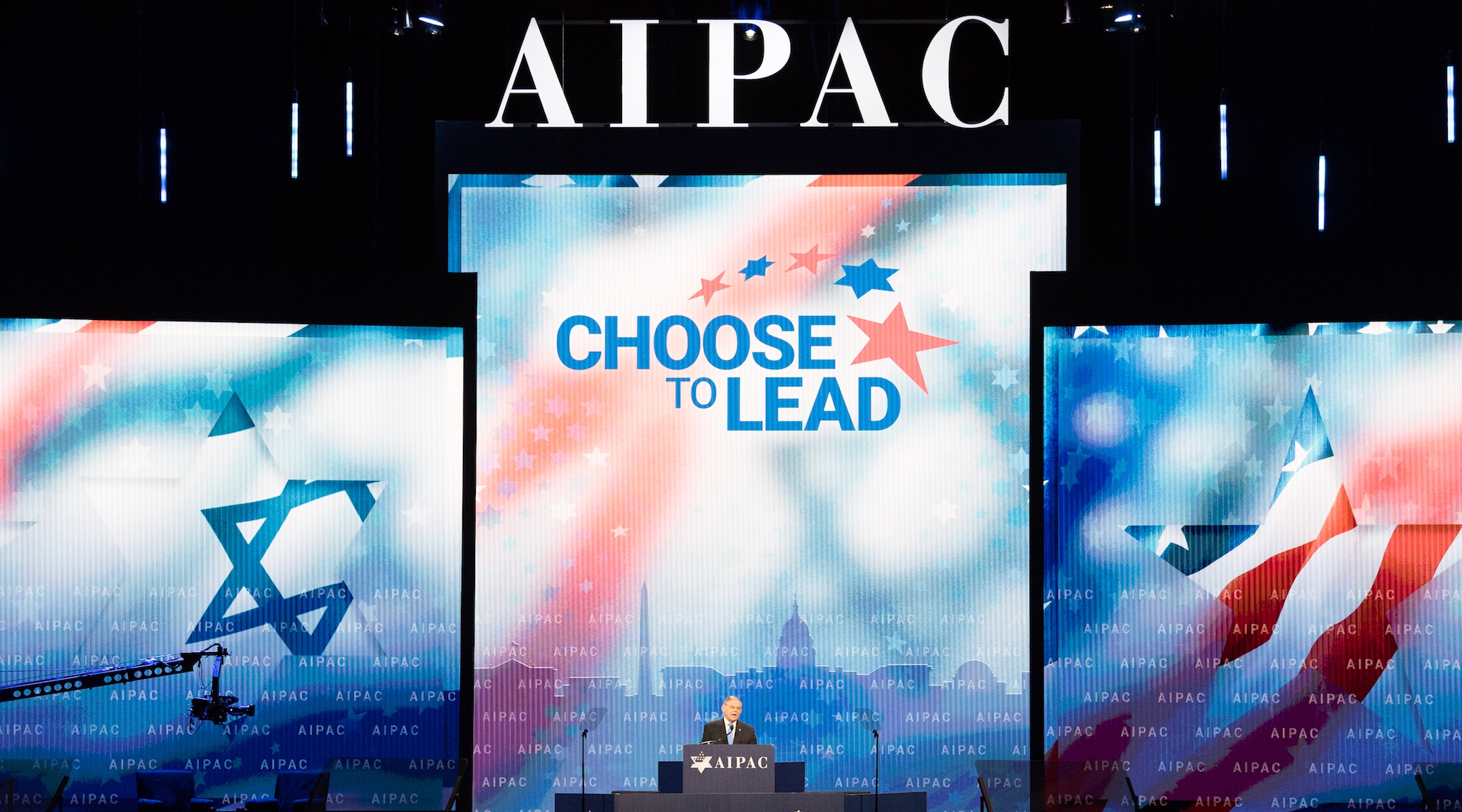 WASHINGTON (JTA) — U.S. Rep. Ilhan Omar started a firestorm by saying on Twitter that AIPAC pays lawmakers to support Israel. Both Democrats and Republicans have offered sharp rebukes, accusing the Minnesota Democrat of insinuating that Jews use money to get what they want.

(On Monday afternoon, she said “I unequivocally apologize” after speaking to “Jewish allies and colleagues who are educating me on the painful history of anti-Semitic tropes.”)

“It’s all about the Benjamins,” Omar tweeted, explaining why the Republican House leader, Rep. Kevin McCarthy of California, was calling for action against her for a 7-year-old tweet with anti-Semitic overtones for which she had apologized multiple times. Asked to clarify who was paying the “Benjamins,” or cash, Omar replied “AIPAC!”

That’s a falsehood — AIPAC does not pay candidates or politicians. But there’s more. Here’s a look at how AIPAC operates.

It does not, and cannot under the law. The “PAC” in AIPAC stands for public affairs committee, not political action committee. But it could more robustly insert itself into the political process if it wanted.

As a 501(c)(4) under the tax code, AIPAC is classified as a “social welfare” nonprofit as opposed to a 501(c)(3), a charitable nonprofit. That primarily means that donations to AIPAC are not tax deductible, but it also would allow AIPAC considerably more leeway under the law to “intervene” in elections, according to the IRS, than a 501(c)(3) — as long as such “interventions” do not comprise a majority of its activity.

Some 501(c)(4)s push that intervention to the maximum. The National Rifle Association made clear in the 2016 cycle that it preferred candidate Donald Trump. Lobbies routinely make public scorecards rating lawmakers on their issues.

Not AIPAC, which carefully cultivates its bipartisan bona fides.

So how does it remain influential?

At AIPAC’s annual policy conference,  a highlight has been the roll call: Top staff and lay leaders gather on stage and shout out the names of every lawmaker who has been in attendance. AIPAC mobilizes an army of supporters who are inclined to support pro-Israel candidates with their votes, time and money.

Walk out the big glass doors of the Washington Convention Center and get yourself invited to a private suite in a hotel within walking distance and, yes, AIPAC’s top donors are raising money for favored candidates.

It’s not exactly a secret: Since the early 1980s, AIPAC had at least trained its activists to cultivate friendly lawmakers by donating to their campaigns and campaigning for them. The AIPAC board member who introduces a major lawmaker at the policy conference gets that spot of honor because of some impressive fundraising.

So AIPAC and the pro-Israel community speak as one?

It’s always been a fine line between favoring issues and not candidates, and it’s become finer in recent years as Congress and campaigning have become more polarized. AIPAC, particularly, comes under pressure because for much of the last decade the majority of American Jewish voters and Israeli Prime Minister Benjamin Netanyahu have not been on the same page. While most Jews backed President Barack Obama, Netanyahu decidedly did not. The reverse is true with President Donald Trump.

In 2015, that meant AIPAC stumped for Netanyahu’s speech to Congress opposing the Iran deal, even though its own leaders well understood that Obama would see it as offensive, especially because then-Speaker John Boehner, a Republican, organized it in secret with Israeli Ambassador Ron Dermer. (AIPAC, for what its worth, also was kept out of the loop.)

And a year later, in 2016, when then-presidential hopeful Trump broke with protocol and dissed Obama from AIPAC’s stage, its leadership the next day issued an exceptional rebuke to the Republican candidate — and an apology to its members.

In addition, AIPAC has faced challenges from its left and right. J Street, AIPAC’s dovish rival, endorsed 88 Democratic House candidates and over half of the Senate’s Democratic caucus in the 2018 midterm elections. The Israel American Council and Christians United for Israel can both be more hawkish than AIPAC.

Does AIPAC have an affiliate that pays candidates?

No, although other 501(c)(4)s unabashedly do have affiliated political action committees: the NRA, for instance, and J Street. A number of pro-Israel political action committees do look to AIPAC for guidance on which legislative actions to embrace. AIPAC officials, for instance, routinely appear at lobbying days for NORPAC, the most influential center- to right-wing pro-Israel PAC. But these PACs have no formal affiliation with AIPAC.

So if politicians want AIPAC’s support, all they they have to do is promise to support its issues?

Also not quite right.

Rule No. 1 for AIPAC-affiliated donors is to back friendly incumbents, even if the challenger is more aligned with AIPAC on legislation. In a system with historically low turnover — even in these tumultuous times, there were 91 freshmen in the House out of 435 — it makes little sense to aggravate sitting Congress members likely to keep their seats.

There are exceptions, but they often prove the rule: The most notable AIPAC “kills” in the 1980s came when the lobby signaled support for those challenging Sen. Charles Percy and Rep. Paul Findley, two Illinois Republicans. Both blamed AIPAC for their losses, but in fact both were weakened by unrelated controversies. The same goes for two Democrats defeated in 2002, Cynthia McKinney of Georgia and Earl Hilliard of Alabama. AIPAC-aligned money had a hand, but the incumbents were hobbled by controversy. McKinney, for example, had hinted that the 9/11 terrorist attacks were an inside job.

AIPAC does not exactly shy from taking credit. An inside joke about Findley at AIPAC, sometimes repeated in the open at conferences, goes along the lines that he buried himself — but if Findley wants to blame AIPAC, that’s good too.