A national Jewish group says community relations are in crisis 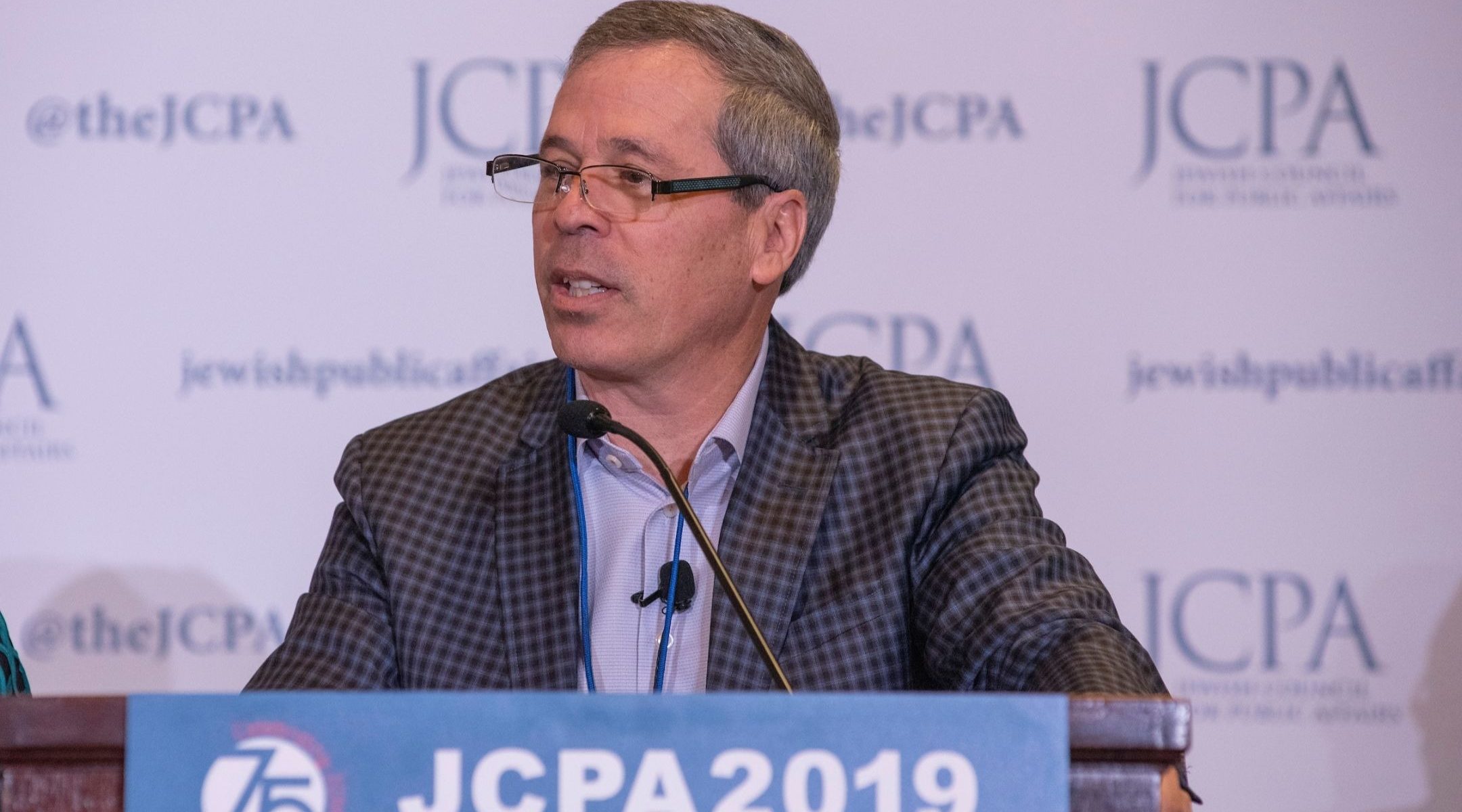 WASHINGTON (JTA) — An increase in anti-Semitism, an intensification of anti-Israel activity and decades of neglect have created a crisis in the Jewish community relations field, according to the umbrella group for Jewish public policy organizations, the Jewish Council for Public Affairs.

In reports published this week at its annual Washington meeting, the group urged a radical shift among its constituent Jewish community relations councils, which advocate for Jewish issues on behalf of the Jewish community at the local level.

The shift would mean engaging with other ethnic and civic groups and more assertively including Jewish voices in broader conversations about bias, Israel and a range of other issues where Jewish communities have led in the past.

The JCPA wants constituents to contribute toward nearly doubling its existing budget with hopes of training a new cadre of Jewish outreach officials across the country.

“The Jewish community does not have the network of relationships it did with other communities and leaders it did 30 or 40 years ago,” David Brown, the co-chairman of a JCPA task force that spent a year presenting the report, said Sunday. “We absolutely need them.”

Brown also referred to reports of a rise in anti-Semitic attacks and an increase in anti-Israel activity on campuses.

“It’s become politically OK to say things that were certainly amped down for a generation or two,” he said.

The four-day annual conference, which ran from Saturday to Tuesday, drew some 250 professionals and volunteers. The sessions reflected the range of policy issues being dealt with at the local level by CRCs, often in coalitions, including criminal justice reform, immigration, #MeToo, the social safety net and the boycott Israel movement.

The report undergirding Brown’s remarks, and a panel after he delivered them, painted a dire picture of the decline of the prominence of the Jewish voice in such issues. It blamed a number of factors, including the widening divide between Israel and the Diaspora, the disenchantment of millennials with the norms of their elders, and the difficulties inherent in an essentially liberal U.S. Jewish community grappling with the emergence of anti-Semitism on the left as well as the right.

The reports identified the decline of the Jewish community relations council. Such councils flourished in the years following World War II when the devastation an ocean away spurred American Jewish leaders to create a system that sought to include Jews at the forefront of framing public policy. Its success can be seen in the preeminence of Jews in the civil rights movement, the proliferation of Jewish lawmakers and the fact that Americans remain overwhelmingly pro-Israel.

That success ate its own, one of the several reports released at the conference posits: “Following the Oslo Process,” the peace talks Israel and the Palestinians launched in 1993, “and the resolution of the plight of Soviet Jewry, areas of the community relations field experienced a decline.”

These and other trends “are limiting the effectiveness of community relations organizations and initiatives.”

Community relations councils in major cities remain robust, JCPA officials said, but among the 125 affiliated with the umbrella, many are staffed by one person or manned by volunteers.

That creates a vacuum, said Gidi Grinstein, the founder of Reut, the Israel-based strategy think tank that issued one the reports. When crises demand responses, like the controversy over the Woman’s March, or a movement to counter perceived police discrimination, Jewish voices are lacking.

“This country is so big, the communities are so diverse, the issues are so different, the only way to contain what we’re talking about here” — the rise of anti-Semitism and of anti-Israel activism — “is a network of local organizations that have the talent, the methodology and the technology,” Grinstein said in a briefing for reporters.

At the annual meeting, and at a board meeting last month, the JCPA lay and professional leadership launched a pitch based on the Reut report to donors and constituent community relations councils to raise $1.6 million — almost doubling its existing $1.8 million budget — to hire officials to make up for the gap. Part of the plan would be to make the larger and more robust councils hubs that would assist the smaller ones in their regions.

In the reports, and at the conference, JCPA officials acknowledged two additional obstacles to reviving a robust Jewish presence in community affairs: an Israeli government that has trended rightward, and with its actions has alienated liberals, and the disruptive politics of the moment.

There was much talk at the conference of the need to broaden the capacity for criticism of Israel while continuing to delegitimize calls to bring an end to Israel as a Jewish state.

“Let’s be honest that when acting as advocates to engage liberals with Israel, the current government’s policies can make for a really bad client,” Jeremy Burton, the executive director of Boston’s JCRC, said during a panel. “Which requires moral clarity about our absolutes like delegitimization of Israel’s existence and nuance about criticism.”

Melanie Gorelick, JCPA’s senior vice president, said the JCPA would have to make the case to the disaffected that the best arena to advance favored policies, in a Jewish setting, was the local JCRC.

“We are the only organizations that come together and tackle day-to-day issues” with the right and the left at the table, she said.