By Jessica Turnoff Ferrari February 13, 2019 4:50 pm
from Kveller This link opens in a new window 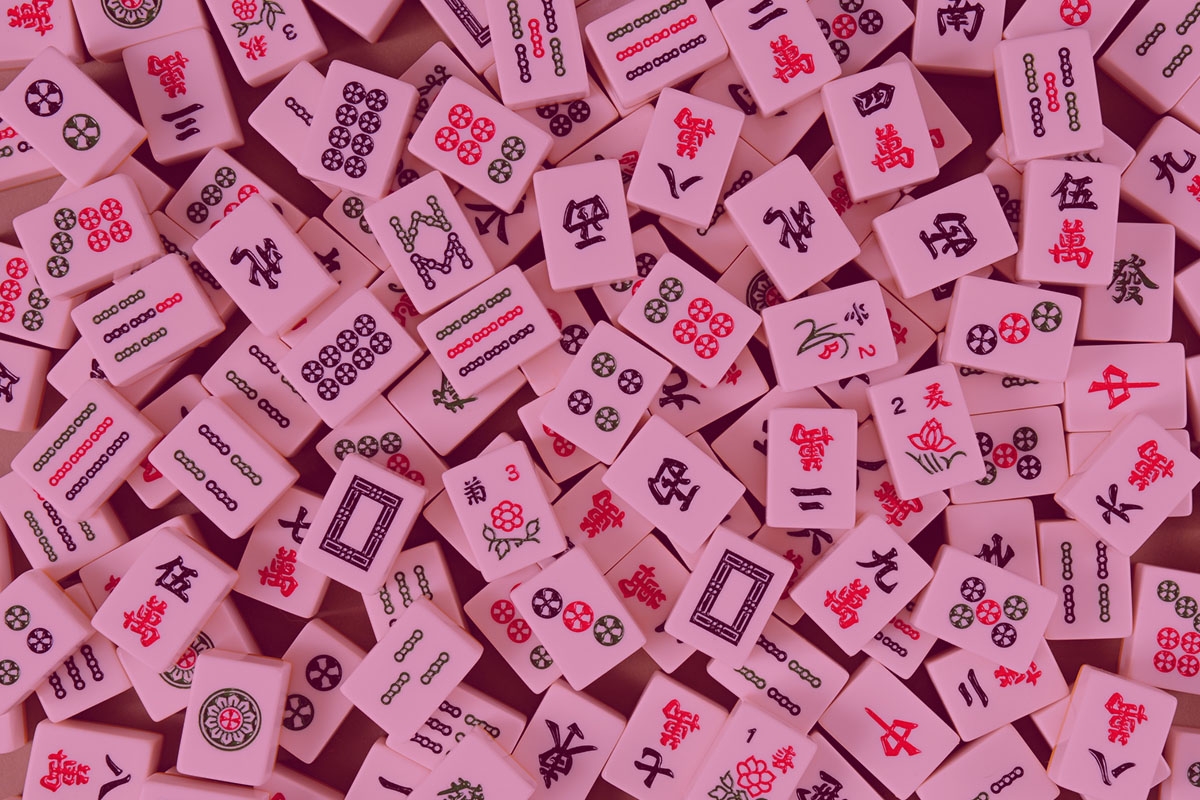 For Jewish women of a certain age, playing mah jongg is as inevitable as eating Chinese food on Christmas or complaining that you’re hungry on Yom Kippur.

The sounds of thick tiles clinking and calls of “five crack,” “two bam,” and “six dot” are ubiquitous at sisterhood events and assisted living facilities around my hometown of Boca Raton, Florida.

For many of us, the memory of these sounds transport us to our childhood, when it was mom’s or bubbe’s turn to host the game — and that meant excellent snacks. Some of my fellow players recall fondly the sounds of mothers and grandmothers playing as they drifted off to sleep — the tinkling of the tiles, the voices, the laughter.

My introduction to mah jongg came later in life, however. The women in my family did not play “mahj,” as so many Jewish-American players nicknamed the game. My grandmother, for one, viewed mah jongg as a lesser pastime, designed for those who couldn’t handle “real” games like bridge or canasta. I first encountered a mah jongg set when my kids were attending Jewish preschool. The tiles were both exotic and comforting, familiar and foreign.

A Chinese pastime, mah jongg became a popular American parlor game in the 1920s. So many people were playing and creating unique table rules that it became difficult to play with others. According to Melissa Martens of the Museum of Jewish Heritage in New York, in 1937, 200 women — all Jewish! — gathered to systematize the rules of the game, and the National Mah Jongg League was born. The Americanized version differs from its Chinese forebears in a few ways, namely that each year, the NMJL issues new scorecards, thus new winning combinations. (There’s also the unique spellingg of the game — why there are two g’s in the American version is anyone’s guess.)

We think of mah jongg players as women over 60. So as a mother of grade-school kids, when people learn that I play mah jongg, their most common reaction  is, “Aren’t you kinda young for that?” Everything old is new again, as we were so presciently reminded by Peter Allen in “All That Jazz.” Whether we are talking about vinyl, flannel, round glasses or mah jongg, the biggest surprise is that we didn’t expect it.

Here’s how it happened: Four years ago, the director of my daughter’s preschool asked me to lead a Torah study for parents after dropoff. Now I’m all for Torah study, but as parents of toddlers, my friends were more interested in exercising, working and going to the bathroom alone. They weren’t particularly keen on studying Torah, but when one friend suggested we spend a precious preschool morning learning mah jongg, socializing and drinking mimosas, my fellow parents were all in.

The director was horrified. I believe her exact words were, “What is this, 1950?!” But the preschool staff made beautiful fliers for “Mah jongg and mimosas” and we played nearly every two weeks for the rest of the preschool years. And now that our preschoolers have grown into first-graders, we continue to play.

We keep coming back for the camaraderie and the challenge, the whimsy of the tiles and, for some, the snacks. The game relies on a healthy balance of skill and luck; every game is different; and unlike a book club, there is no homework. Meeting for drinks or coffee doesn’t quite create the same kind of shared mission and excitement. Through mah jongg I have reconnected with childhood friends who play and table conversations can range from our teenage exploits way back when to more recent health challenges.

Much like life itself, mah jongg can be frivolous or serious, depending on your circumstances and fellow players. Beneath the sparkly silver tiles of my set there are dragons to be slayed and some serious life lessons to be learned.

My friend Emily taught our group to play four years ago, and I can still hear her saying “It’s just a tile.” When she first dropped this wisdom, it was as if the Mona Lisa had found her voice and spoken. If I have a tile in my hand, but I don’t know what it is or how to use it, then I probably don’t need it. Long before Marie Kondo implored us to discover whether or not our possessions “spark joy,” Emily taught me that “it’s just a tile,” and if it doesn’t do anything for me, I can probably toss it.

2. Commit. You can make changes later if necessary.

Deciding which of the 50 or so hands to pursue will shape the game in profound ways — not unlike deciding who to marry. This decision will determine how you can pursue your goals, though luck does play a part, too. Once you have a hand to play, you have a clear path forward. There will be times when you carry out your mission as planned and you win. You will be rewarded with a sense of accomplishment, admiration from your friends and, in some games, cold, hard cash (OK, OK, quarters).

But there are other times when your mission, due to circumstances beyond your control, becomes impossible. That’s when a resilient player might change course — as we see middle-aged people divorcing and remarrying, and reinventing themselves when things don’t go as planned. So in mah jongg, as in life, do this: Commit. Revise. Recommit, and see No. 3 below.

One pretty tile does not make a winning hand, just as one latent ability does not make a successful career. Maybe you really enjoyed theater in grade school, but that does not mean you should head straight to Broadway. Take stock of what you have and how it fits together to create some synergy. Squaring up the hand you wanted to play vs. the hand you have can take some doing, both in mah jongg and in life, but it’s always important to work with what you’ve got.

4. Spread the love and knowledge.

Teaching others the tips and tricks you’ve picked up along the way will ultimately be an advantage to you and to others. Sure, if all your fellow players can predict your moves, you might not be able to win by bluffing, but you will have more people to play with. There will be more people hosting, teaching and playing, and you will be adding more joy and connection to your circle. Same goes for any other hobbies or gifts you may have — pass them on! A rising tide, as they say, lifts all boats.

If you’re lucky, you have people in your circle like my friend Jennie, who takes what she loves to the next level. After realizing that it would be so much easier for a bunch of tired moms to play in pajamas, for example, she planned a pajama game night and turned it into a charity event. Late last year, Pajama Game Night took place at a beautiful country club with some 200 players to benefit Sweet Dream Makers, a local charity. Due to her efforts (and mah jongg), we helped provide more than 50 beds for needy families in our community. Leave it to Jewish women to take up a popular Chinese game and use it to help make the world a better place. You might think this is a game, but we’re not just playing around — mah jongg is a way of life.