Jeff Tweedy on his Jewish conversion, the next Wilco album and why he loves his synagogue 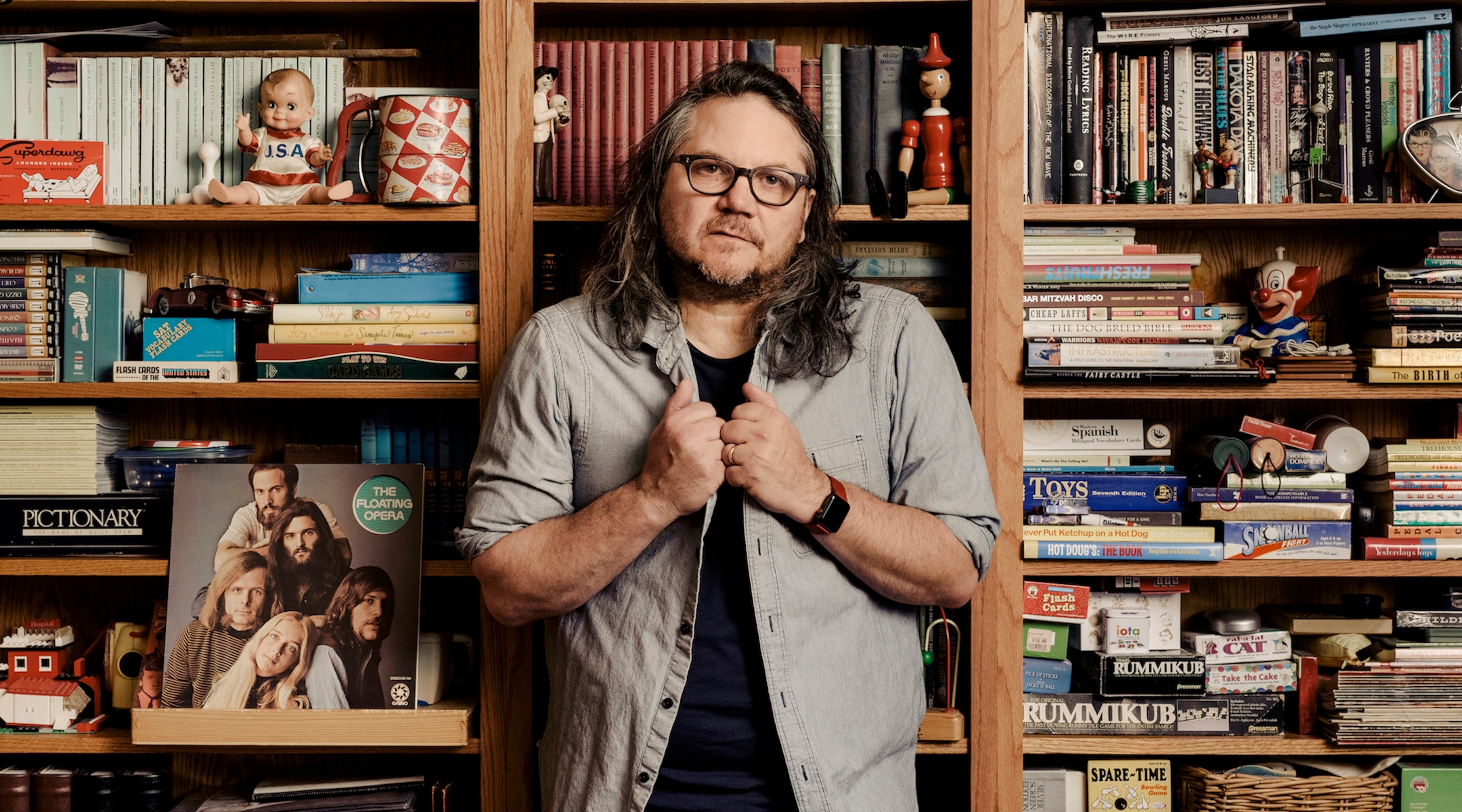 Jeff Tweedy has opened up about his Jewish conversion while promoting his memoir and his first solo album. (Whitten Sabbatini)
Advertisement

(JTA) — Since the dawn of rock ‘n’ roll, there have been quite a few rock stars with Jewish heritage. To name a few: Paul Simon, Billy Joel, Gene Simmons, Lenny Kravitz, Geddy Lee and — depending on the decade — Bob Dylan.

But how many have openly gushed about their synagogue, their sons’ bar mitzvahs and their favorite rabbis?

In 2013, Jeff Tweedy — the longtime frontman of the acclaimed Grammy-winning band Wilco, as well as its folk rock predecessor Uncle Tupelo and a couple of other side projects — converted to Judaism, following a promise to his son made around the time of his bar mitzvah.

Late last year, the 51-year-old Tweedy released both his first solo album, titled “WARM,” and a memoir, “Let’s Go (So We Can Get Back).” The book is funny at times, and heavy at others, covering the author’s musical triumphs, his battles with prescription drug addiction, his professional divorces from Uncle Tupelo’s Jay Farrar and Wilco’s Jay Bennett, along with the deaths of his mother and father.

Near its end, the book briefly touches on Tweedy’s conversion, and he has opened up about his newfound Jewish identity in recent interviews promoting the book and the very Wilco-ish new album (which he calls complementary to each other). Tweedy, who grew up in Belleville, Ill. (Wilco is based in Chicago), was not raised Jewish, but his wife and sons were.

“Sammy, our younger son, was struggling quite a bit with the [bar mitzvah] process, and kind of begging to not to be forced to go to Hebrew school,” Tweedy told the Jewish Telegraphic Agency. “But it was important to us, and important to his mother.”

So Tweedy presented a heartwarming idea to the head rabbi of the family’s synagogue, the Reform Congregation Emanuel on Chicago’s North Side, to “alleviate some of [Sammy’s] kvetching”: Tweedy would go to temple each week with Sammy, and study to convert to Judaism while Sammy was working on his Torah portion. 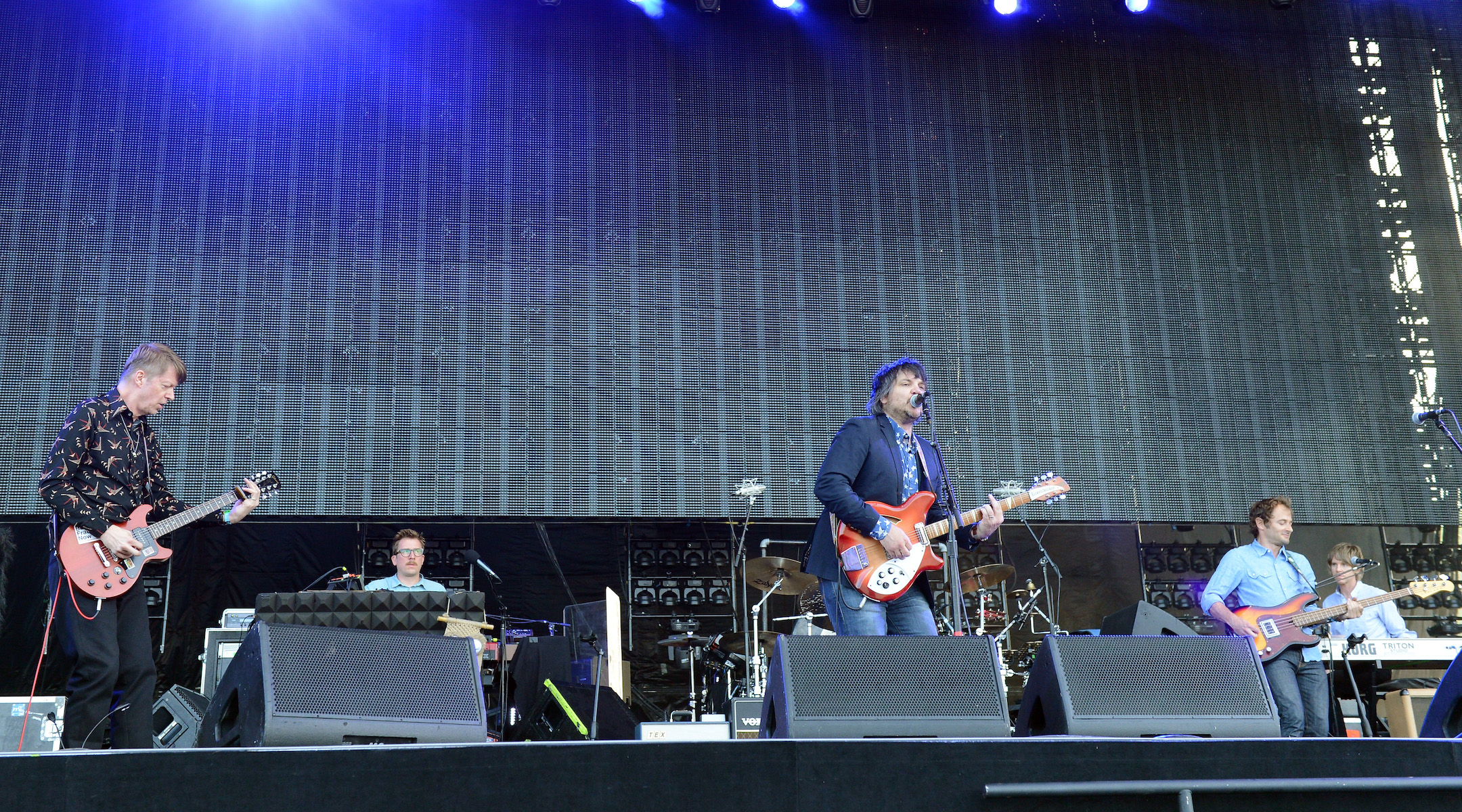 Tweedy performs with Wilco at the popular Bonnaroo festival in Manchester, Tenn., in 2013. (Jason Merritt/Getty Images)

“[I]t seemed to work. He ended up getting bar mitzvahed and I ended up converting,” Tweedy said.

Rabbi Michael Zedek performed the conversion, but during the process, Tweedy got to know Rabbi Herman Schaalman, who was his synagogue’s rabbi emeritus and continued to assist with ceremonies into his 90s.

“He spoke at Spencer’s Bar Mitzvah, and we had had lots of contact with him at our temple, before he retired and even after he retired he spent a lot of time there,” Tweedy said. “So he played a role in the kids’ interest in Judaism and I’m a deep admirer of his theology.”

Schaalman, who passed away at the age of 100 in 2017, was a legendary figure in the Reform movement. A native of Munich, Germany, he was one of five rabbis Leo Baeck brought to the U.S. in 1935 to study at Hebrew Union College. A leader in the movement for much of the 20th century, Schaalman went public towards the end of his life about having changed the ways he felt about his faith, which included questioning his belief in God.

“I was really moved by that. A lot of people’s views … on religion and things like that tend to calcify as people get older,” Tweedy said of Schaalman. “And his thinking was so nimble right up until the end that it allowed him to basically come up with a theology where it wasn’t pessimistic, it was more like ‘we don’t need a lot of [God] to be good,’ and I thought that was kind of an inspiring message for a world that’s trying to integrate religious beliefs and secular beliefs.” 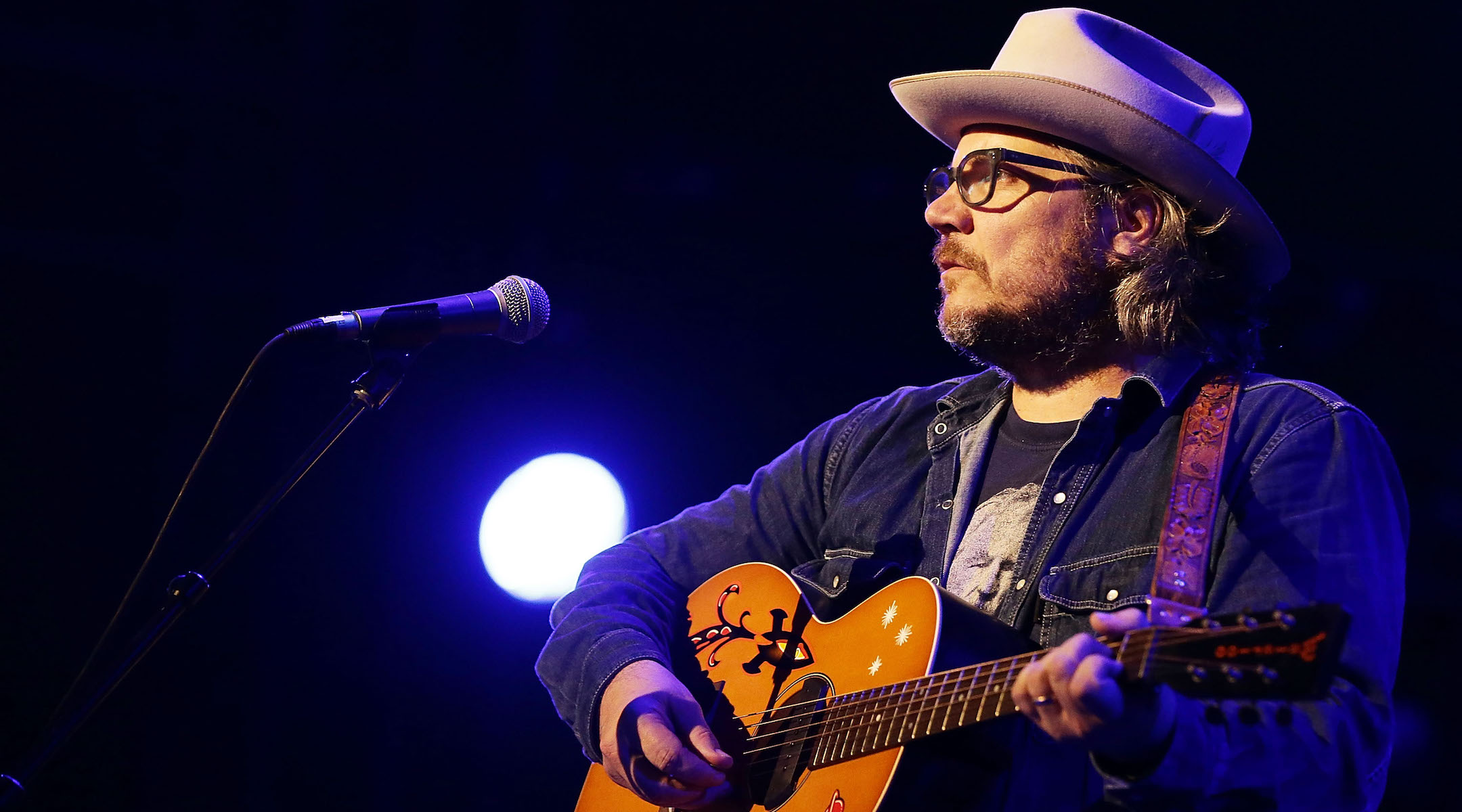 The conversion process also required Tweedy to partake in a certain painful traditional ritual. He didn’t go over his circumcision story again in detail, but as he told NPR’s “Wait Wait Don’t Tell Me” show last year, it involved a storage closet at his temple, a black operating bag and a mohel who afterwards told him that his sons were big fans.

Tweedy described the synagogue as a place where he’s simply known as “the father of Spencer and Sammy,” not a celebrity.

“You eventually blend in as a parent, and a citizen,” Tweedy said of the synagogue. “My experience with the temple, I think, has been pretty typical of most people’s. It’s just another wonderful group of supportive people.”

Tweedy sang at both of his sons’ bar mitzvahs, and he even brought along Mavis Staples, with whom he had been collaborating at the time, to sing at his younger son’s ceremony. He said the “pretty liberal” Reform environment leaves plenty of room for music (especially folk music) to be integrated into prayer. The synagogue also boasts a “semi-professional” klezmer group called the Ham-It-Up Band.

“There’s a lot of free-wheeling and spontaneous music that happens there, that I imagine isn’t typical of a more regimented congregation,” he noted.

In his book, Tweedy talks about how one of the first songs he ever loved as a kid was The Byrds’ “Turn! Turn! Turn!,” a 1960s folk/pop song whose lyrics were adapted almost entirely from The Book of Ecclesiastes by Pete Seeger. Some synagogues even use the song as part of their Rosh Hashanah services.

On his new album, a song called “Let’s Go Rain” references “Noah’s flood” and includes the lyric “Now once upon a time I was a Christian.” Later it states: “Oh I should build a wooden ark/wouldn’t you rather live on an ocean of guitars?”

The book and album, Tweedy explained, are the product of Wilco taking time off for various reasons.

“The book was mostly because I’d been presented with an opportunity to do it and I wasn’t confident that I would get that opportunity again, so it felt like a challenge to see if I could put together something that was interesting, to share with everybody,” he said.

But the songwriter is getting back to his main band very soon. The group announced some tour dates through the summer (including at an annual festival the band created in 2010, Solid Sound, held in North Adams, Massachusetts) and fall, which will likely continue into next year.

Tweedy also told JTA that the band has started planning their 11th studio album, something he hasn’t confirmed elsewhere yet.