The Israeli vampire series ‘Juda’ is coming to Hulu. Get excited. 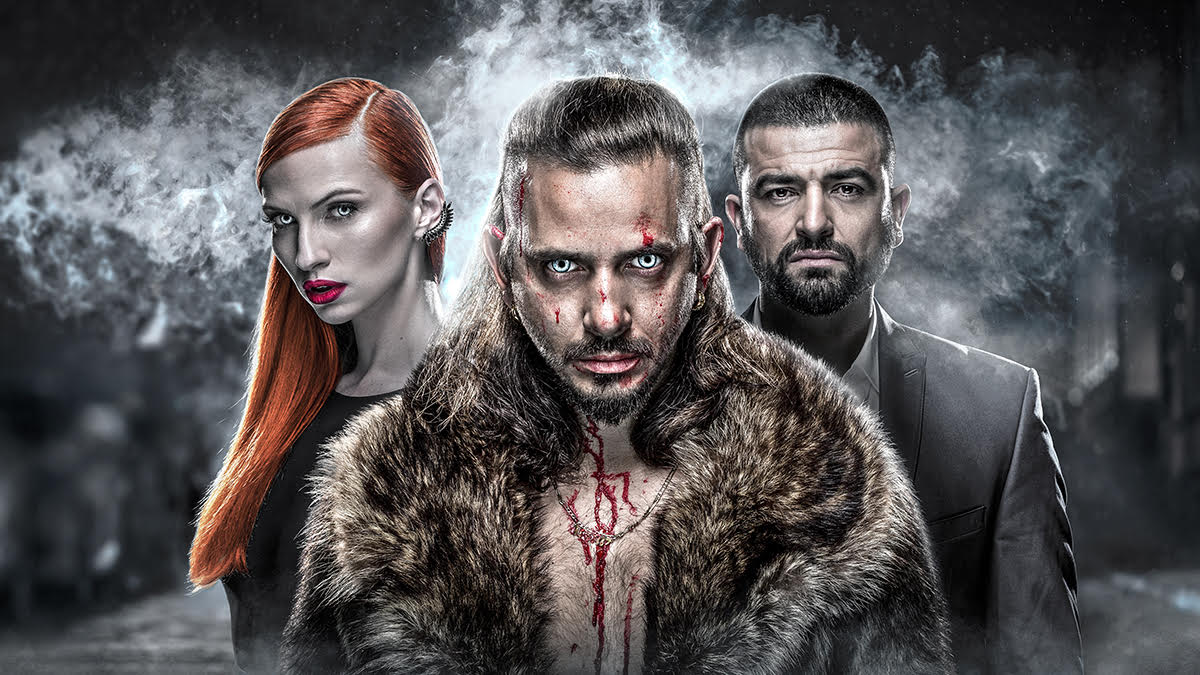 Imagine a TV series that’s basically “Snatch” meets “Blade,” only it’s also super Jewish and the main character occasionally gets into discussions of classical Hebrew grammar with the mysterious rabbi who plays the Giles to his Buffy.

I’ve just described “Juda,” an Israeli vampire TV series I’ve been obsessed with ever since I found out about it roughly a year ago, and which Hulu has just acquired the rights to stream. I managed to obtain all eight episodes (we don’t really need to go into how, do we?) and loved it so much I spent hours translating and captioning it so my non-Hebrew speaking friends could watch it with me (HMU, Hulu, I’ve already done all the work!). They agreed with me that it was the best vampire TV series they’d ever watched, although that may have been a ruse to get me to untie them from the chairs.

Anyway. Remember that one time Buffy brandished a cross at a vamp and he was like, “Sorry, I’m Jewish,” and everyone lost their minds and was like, “YAY, A JEWISH VAMPIRE!”? I’m pretty sure the creators of this series were like, “Yeah, why aren’t there any Jewish vampires?” and set out to answer that question.

Combining elements of crime capers, body horror, comedy, music videos, classic noir, and superhero stories, “Juda” is actually sort of indescribable — one of the most original things I’ve seen on TV. According to Variety, it will premiere on Hulu early this year — and the original distribution company also sold the rights for an American remake — so without further ado, here are seven reasons you need to watch it as soon as they start streaming it (and maybe hit them up on Twitter to get on that).

The showrunner, writer and eponymous star of “Juda,” Tzion Baruch, is a comedian and it shows. Comedy succeeds or fails on timing, and the timing of everything — from the rhythmic, Guy Ritchie-like visual editing to the 1940s screwball comedy-patter dialogue and reaction shots — is surgically precise. While the show isn’t a comedy, its hapless poker-player main character’s journey from petty criminal to deadly superhero has a ton of funny bits and, like the best comedy, it’s also punctuated with genuinely moving moments. After Juda’s life-changing encounter with a beautiful femme fatale (emphasis on the fatale) in Romania, a rabbi tells him the story of the last time there was a Jewish vampire (WWII, natch). The flashbacks are done in eerily beautiful black-and-white animation with carefully chosen spots of color (perhaps an homage to “Schindler’s List”). What could have been the usual corny, cliched vampire flashback scene to characters in badly done period dress and stilted accents takes on the dignity of art (with Juda’s irreverent interruptions — “Waitaminute, DRACULA Dracula?” — keeping the mood from getting too heavy). I’ve watched this series with quite a few musician and film industry friends, all of whom had the same question: “How did they afford all this music?” From Johnny Cash to perfectly produced Metallica, Jay-Z and Eurythmics covers, the soundtrack is a whirlwind of great music. (Gotye’s “Somebody That I Used to Know” is, hilariously, a plot point.) The score also sounds incredibly high-end, involving a lot of subtle, sophisticated riffs on relevant movie moments.

Let’s get this out of the way: The characters aren’t saints (you’ll level up your Israeli profanity lexicon by watching the pilot alone), and the series isn’t going to win any awards for women’s representation (female characters other than the two love interests are in short supply). But a scene in which a frightened Juda can’t sleep, and his best friend Asher spoons him and promises to protect him, is just one among a plethora of examples of affectionate male physical contact, something that American audiences could use more of.

Forget vampires who have nanites in their blood, who sparkle in the sunlight, who are aliens, or who are just misunderstood. The Romanian vampire antagonists in “Juda” are descendants of Dracula and out-Underworld “Underworld” itself in their corseted, black-clad glory. Their headquarters are in catacombs accessed via a secret button in an elevator. And their leader? Sits on an actual skull throne. Suck it, “Twilight.” 6. The most Jewish heist/jailbreak ever

So your buddy’s in jail, and you need to get him out before the mob has him murdered. How do you pull it off? Well, if you’re Juda, you have your Hasidic friend head to the police station to replace their mezuzot and distribute books of Psalms (one of which, of course, is hollowed out so the protagonists can smuggle a weapon to their captive comrade). This is the Jewish representation we need.

7. A rebuke to blood libel myths

The development of the vampire mythos may have been spurred by anti-Semitism (see this great breakdown), but in “Juda,” Jews get to bite back. Vampire law prohibits preying on Jews, and when one of Dracula’s children unwittingly breaks this law, it could spell the end for vampirekind. Jewish values insist that Juda refrain from drinking human blood and are presented throughout as the thing that prevents him from becoming a monster like his opponents. Each episode even starts with a perfectly selected quote from Jewish writings, ranging from the Torah and Talmud to the Yom Kippur liturgy. (Who knew that Esau’s demand for some of that “red, red stuff” fit so perfectly into vampire lore?) Ultimately, underneath all the glitz of international poker games and seedy horror of incipient vampirism, this polyglot, witty, brash series has a big, beating Jewish heart. Hulu hasn’t announced a launch date yet, but hopefully it will be soon. (If you can’t wait, you can watch Episode 1, with my fan-subbed captions, on YouTube.)