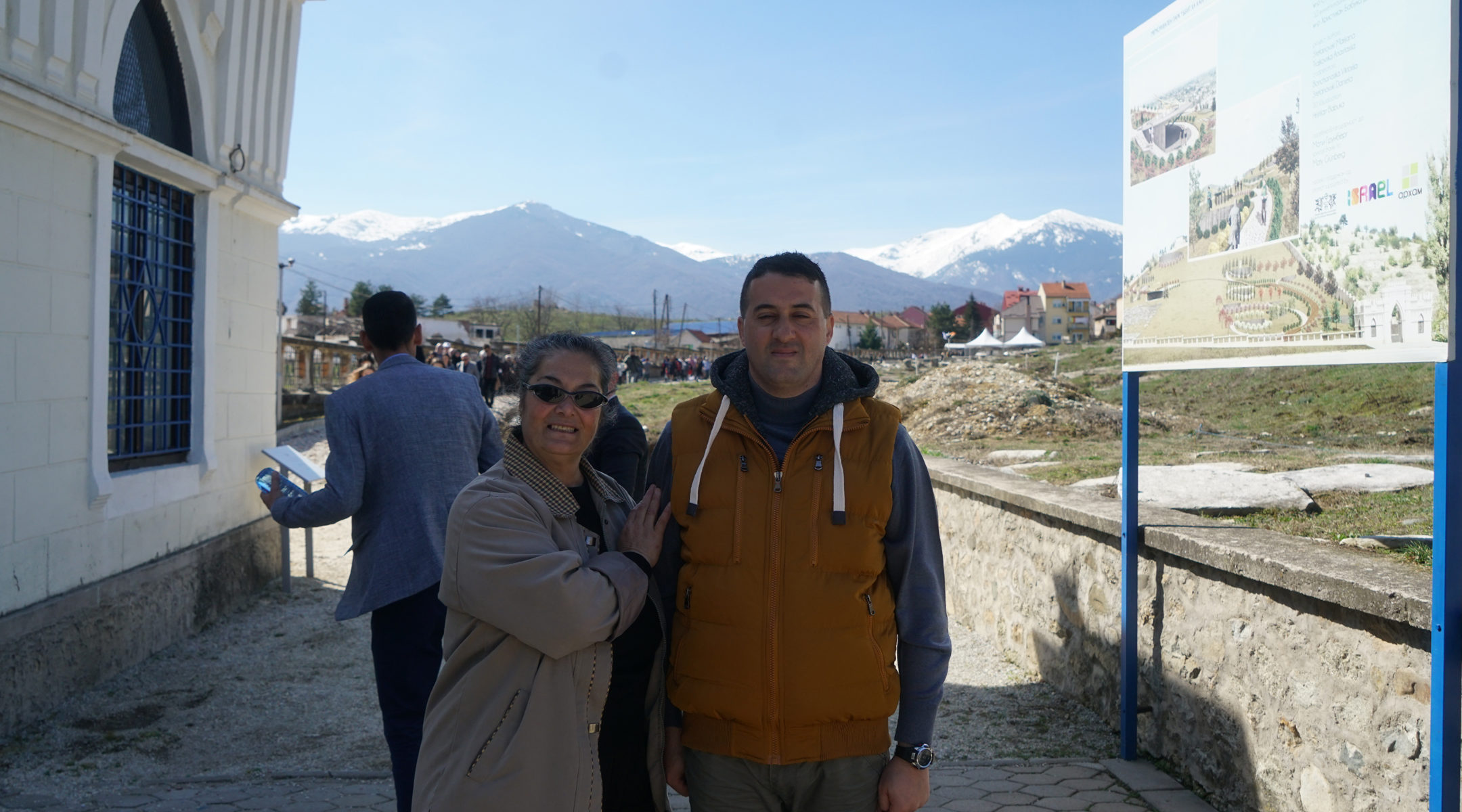 BITOLA, Macedonia (JTA) — About 200 people gathered in this Balkan nation’s second city for a Holocaust commemoration that became one of its largest Jewish events in decades.

The gathering Sunday in Bitola was to commemorate the March 11 deportation in 1943 of more than 3,200 local Jews to be murdered at the Nazi death camp Treblinka in Poland. Only 2 percent of the city’s Jewish population survived.

The event featured a visit to Bitola’s dilapidated Jewish cemetery and a commemorative March of the Living event through the city of 85,000 people near Macedonia’s southern border with Greece.

Among those gathered were the city’s two last remaining Jews, Maria Behar, 60, and her son, Zoran. Behar’s father, Moise, was saved by a local Muslim who falsely claimed Moise was his son and not Jewish. Behar’s mother, Vera, died last week.

“Thanks to this event, I feel as though I still have family around me, it means a lot to me,” Behar told the Jewish Telegraphic Agency.

Dan Oryan, Israel’s ambassador to Macedonia, has been involved in an ongoing project to restore parts of the cemetery, located on a steep slope outside the city center, and pave paths through parts of it. He has also organized March of the Living events that culminated Sunday with the participation of Zeev Elkin, Israel’s minister for Jerusalem affairs.

Elkin delivered a speech in which he stressed the efforts of many Muslims in Macedonia to save Jews during the Holocaust. Israeli youth movement members and Jewish community representatives from Skopje also attended the event.

The Institute for Spiritual and Cultural Heritage of the Albanians also sent a delegation that included several dozen Muslim high school students.

Many Jewish visitors came also for the opening Monday of Macedonia’s Holocaust museum.

This made the event in Bitola one of the largest in the recent history of the Jewish community of Macedonia, which has about 200 members, almost all of them in Skopje.

The Israeli contingent to the march waved Israeli flags.

Hassan Jasari, a Muslim local businessman whose uncle risked his life to give water to Jews awaiting their deportation to Treblinka, said it was “great to see this flag waving here, of the greatest country on Earth.”