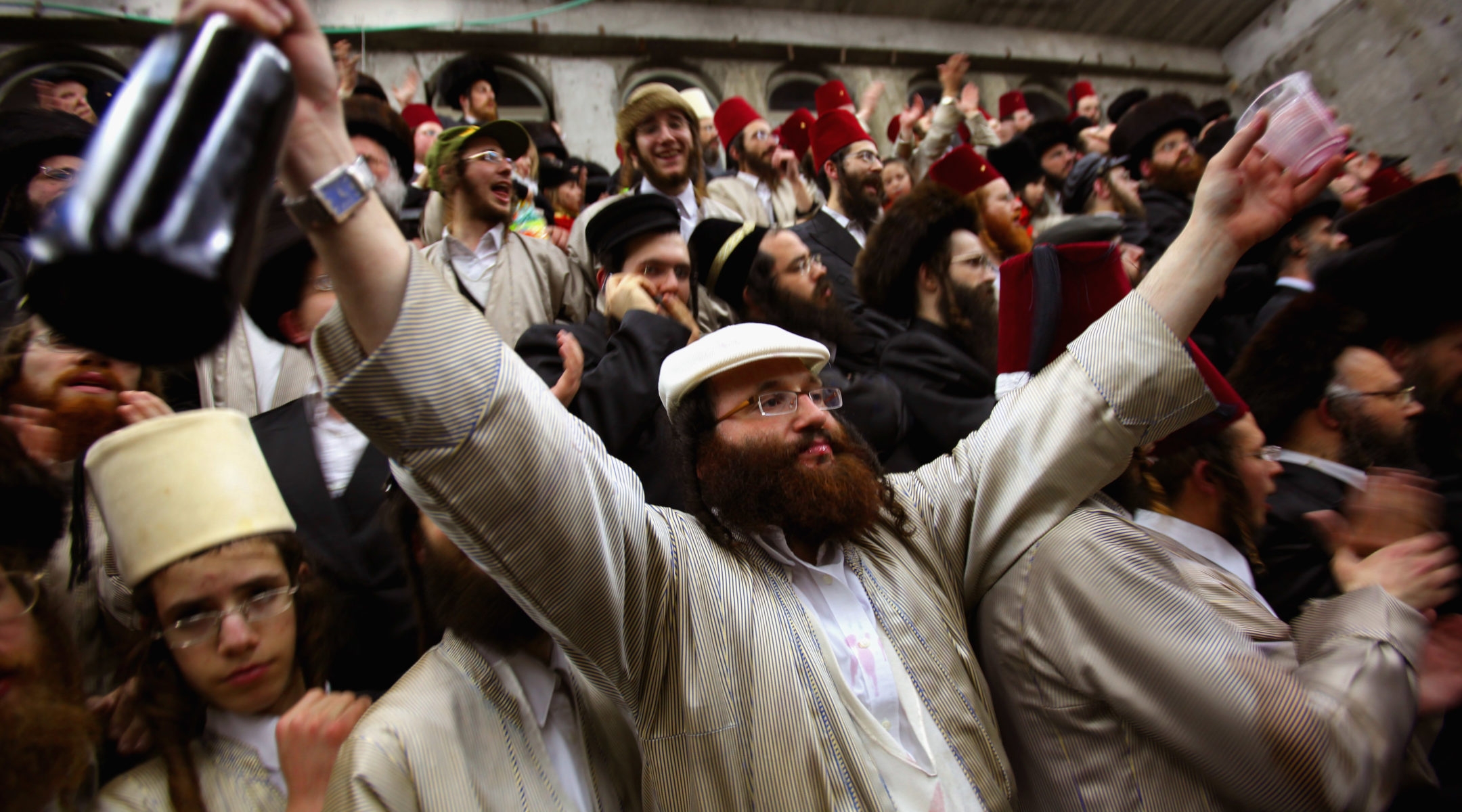 (JTA) – Every year before Purim, my inbox and social media fill up with dire exhortations from rabbis and yeshivas warning against the dangers of celebratory excess – as if drunkenness on the holiday were something new.

In reality, the after-Purim regrets have been part of the discourse ever since Rabbah drunkenly attacked and inadvertently killed his dear friend Rabbi Zeira in the Talmud (don’t worry – he was revived in the end). Rabbis and communal leaders across the religious spectrum have condemned drunken revelry on a holiday dedicated to excess and carousing, noting it often leads to harming life and limb. Rabbi Menachem Mendel Schneerson, leader of the Hasidic Chabad movement, outlawed more than four drinks at a time for anyone younger than 40.

But even before all of that, it turns out that the ancient Romans — who weren’t exactly known for their sobriety — attempted to control wild Purim parties as early as the year 408.

An unusual bit of the Theodosian Code (16.8.18) is apparently the first non-Jewish source to document the phenomenon of Purim parties that get out of hand. Specifically, the law prohibited Jews from burning Haman in effigy. For Jews, the practice of symbolically destroying the notorious villain of the book of Esther, the paradigm of anti-Semitism, was considered an aspect of the Purim commandment to “erase the name of Amalek,” Haman’s Jew-hating ancestor.

The Romans weren’t especially discomfited by the idea of vicariously punishing enemies, or even maintaining fire safety. They were, however, concerned that drunken Jewish celebrants might use the opportunity to mock Christians by portraying Haman as a sacrilegious stand-in for Jesus. This is especially true because the favored method of representing Haman’s death in the ancient world wasn’t hanging by the neck – he was crucified on a wooden cross.

The biblical passage that literally describes Haman’s “hanging on a tree” (Esther 7:10) was rendered as “crucified” in the ancient works of the Jewish historian Josephus, the early translations of the book of Esther into Greek (Septuagint) and Latin (Vulgate), and all through the Middle Ages in literary classics like Dante’s “Purgatory.” Artistic representations also depicted Haman on the cross, such as the 15th-century Azor Masters and even by Michelangelo, who painted a muscular Haman on a cross on the Sistine Chapel.

It’s not hard to imagine how public Purim execrations of Haman, conducted by an inebriated crowd of Jews, could easily be misperceived by Christian observers, especially if the effigy of Haman is bound to a wooden cross. In fact, only a few years after the law in the Theodosian Code was promulgated, a Church historian named Socrates Scholasticus tendentiously described an event that sounded very much like a drunken Purim celebration gone horribly wrong: In Inmestar, Syria, a group allegedly seized a Christian child, bound him to a cross and scourged him until he died.

Socrates Scholasticus is not especially reliable as a source for Jewish history, but as the historian Elliot Horowitz has demonstrated in his masterful studies of Purim violence, it didn’t take much to convince Christian audiences that Jews were in fact bent on committing acts of horrific violence. From Inmestar to Norwich to Nazi Germany and beyond, the noxious lie of the blood libel continues to plague innocent Jewish communities. It’s too awful to think that it might in some way be connected to misunderstood, misapprehended, “harmless” Purim festivities.

The blood libels were just that. But because the Christian majority was so quick to feel threatened by Jewish revelry, violent or just intemperate, it was better for the Jews’ own sake that they tone it down.

Some might be tempted to argue that drunken revelry is essential to the celebration and that non-Jewish viewers should develop a sense of humor about the holiday. Yet isn’t that the same argument recently made by Bram De Baere, the designer of a carnival float in Aalst, Belgium, that depicted Jews in stereotypically ugly ways?  De Baere told a Belgian newspaper that “Carnival is a time when everyone and everything can be laughed at. If you were to forbid that, you would be attacking the DNA of Aalst at its core.”

Not everything is fair game for mockery, even on Purim. True, there’s a big difference between a tiny, relatively powerless community poking fun at the dominant people on one day of the year on the one hand, and the majority population using their position of power to demean a hapless minority on the other.

But I have to give this one to the Romans: The law of 408 wasn’t anti-Purim – it was anti-poor taste.