Russia’s richest Jew thought European anti-Semitism was a thing of the past. Now, he’s not so sure. 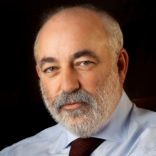 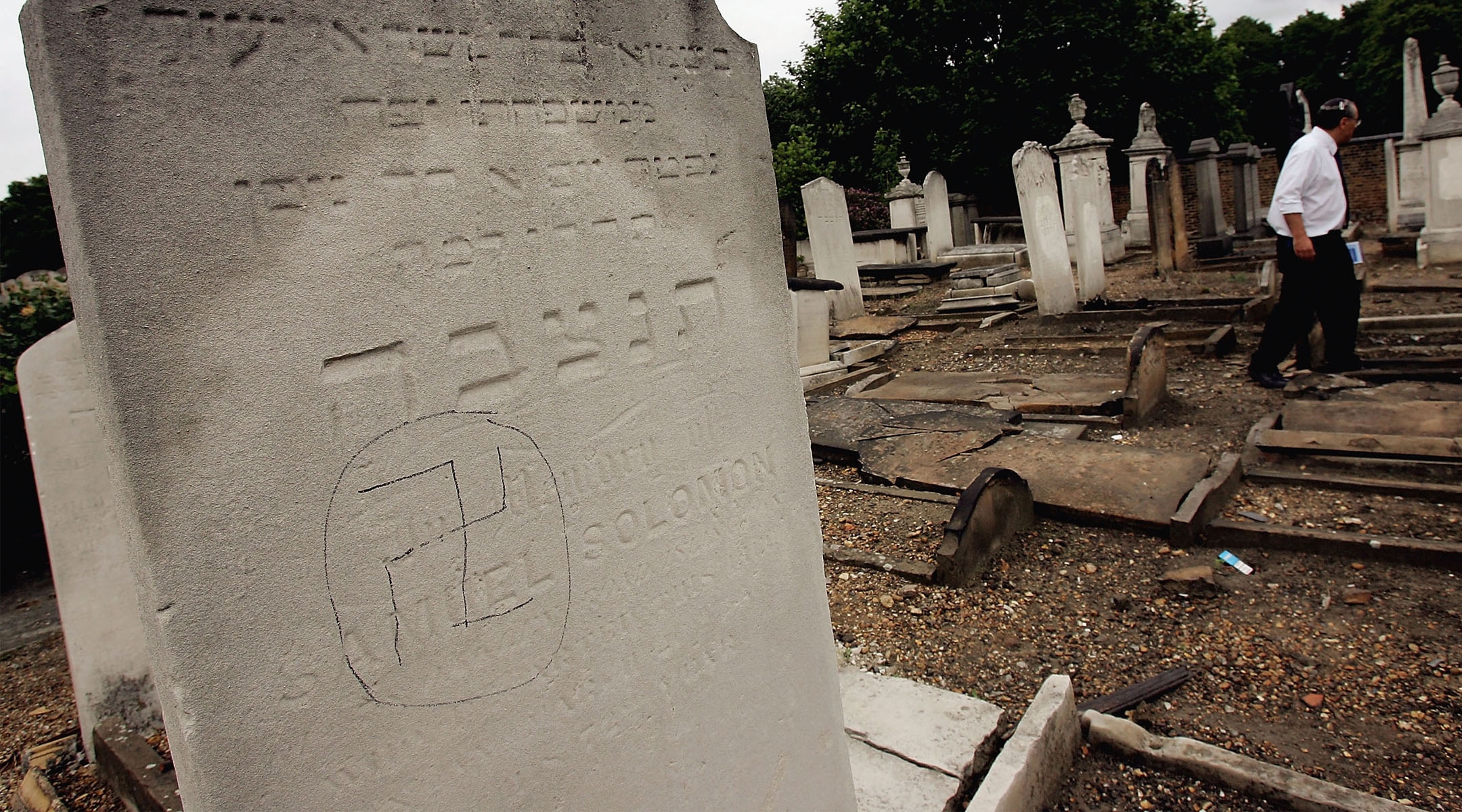 A swastika is daubed on a Jewish gravestone in Eastham Jewish cemetery. (Graeme Robertson/Getty Images)
Advertisement

MOSCOW (JTA) – Israel’s Minister of Immigration and Absorption, Yoav Gallant, recently lashed out at France for an increase of anti-Semitic incidents and called upon French Jews to leave the country and emigrate to Israel for their own safety.

Such a significant statement by an Israeli government official in the midst of a rising anti-Semitic tide across Europe is alarming. Only a few years ago, it seemed to me, and perhaps to many others as well, that anti-Semitism was a thing of the past and that the open societies of the modern world will no longer tolerate such extremist views. Yet recent incidents in present-day Europe, Ukraine and the United States make one wonder whether anti-Semitism has been prematurely relegated to the dustbin of history.

Last year, my hometown of Drohobych in western Ukraine witnessed the re-opening of a choral synagogue that my father Felix and I helped to rebuild. This synagogue, dating back to the mid-nineteenth century, used to be the biggest in all of Eastern Galicia. The dedication ceremony was not meant to be all pomp and circumstance, and still over 5,000 people showed up that day. For Drohobych, with its population of 70,000, this is truly an astronomical figure. Many families traveled from afar to attend the dedication of the synagogue in person.

But only a few weeks later, unidentified criminals smashed the synagogue’s windows. Apparently, the fact that the town now has an active Jewish synagogue that was rebuilt with the money donated by a Russian businessperson made some unhappy.

This is just one example of a hate crime that Ukrainian Jews have witnessed over the past few months. Another Jewish synagogue was desecrated in Lviv. In Kolomyya, in the Ivano-Frankivsk region, a memorial wall at a local Jewish cemetery was defiled with graffiti depicting a man throwing the star of David into a trash can. In mid-February, swastikas appeared on the plasma screens in a Kiev shopping mall.

No wonder Jewish communities all over the world were greatly alarmed by the torchlight procession in the Ukrainian capital on New Year’s Eve.

Recent incidents in France, which is home to Europe’s largest Jewish community, have exposed serious issues with tolerance in developed, democratic nations as well. In January 2015, during the shooting at the editorial office of Charlie Hebdo, one of the terrorists attacked a kosher grocery store in Paris killing four people. In late February of this year, some 80 graves were desecrated at a Jewish cemetery in the small town of Quatzenheim, located in the Alsace region of France.

According to a recent poll, 44 percent of France’s “yellow vests” movement believes there is a Zionist conspiracy in the world. It is hardly surprising that Jewish children in France have to move to private schools in order to avoid the bullying that is rampant today in the country’s public school system.

French President Emmanuel Macron has admitted that anti-Semitic incidents in the country doubled in 2018, reaching an appalling 541 incidents that have been officially reported.

But France is by no means an exception. Last February, Joan Ryan, an MP from the Labour Party in the British House of Commons, announced her departure from the party, which “has become infected with the scourge of anti-Semitic racism.” The worst attack on American Jewry to date happened in October 2018 in Pittsburgh, Pennsylvania where a man opened fire in a synagogue. Eleven people were killed in the massacre. According to U.S. media, the attacker had openly expressed his hate for Jews on social media for quite some time, and yet, no one did anything to stop him or report him to the authorities.

Every third Jew living in Europe today has experienced acts of intolerance, according to a poll taken at a round-table on anti-Semitism at this year’s World Economic Forum.

In our modern world, with its excessive and never-ending flow of information, these kinds of reports are often pushed off to the side or buried under the massive onslaught of other news stories. They may all seem rather insignificant as long as the tragedy inflicts others and does not come to our door.

This is a grave mistake our predecessors already made in the 1930s, failing to grasp the full extent of what was happening back then in Germany after the Nazi party rose to power. It is important not to forget the lessons of the Holocaust.

For me, it is a tragic chapter in my family’s own history. Before World War II, Jews accounted for the greater part of Drohobych’s population. During Nazi Germany’s retreat, over 15,000 Jews were killed, many of whom had been placed in ghettos. Among them were most of my relatives on my father’s side, including 17 men and women in total whose remains were scattered in a mass grave.

This May, the Jewish Museum and Tolerance Center in Moscow will open a new memorial dedicated to the Jewish resistance fighters in concentration camps and ghettos. It will serve as the symbol of their boundless heroism and as a token of remembrance for all those whose names were lost in mass graves. The mission of this memorial is to prevent a future Holocaust and to forestall the looming of dark times by telling the story of the Holocaust and keeping its memory alive for later generations.

The Holocaust was the most vicious expression of anti-Semitism, which started from a series of restrictions on the rights of Jews. Anti-Semitism survived in this form following World War II under the Soviet Union. Unwritten rules forbade Jews from assuming positions in the governmental and public spheres. They were even unable to enroll in the nation’s top universities. Fortunately, today’s Russia is not operating in such a manner.

Yet, no one can be considered immune from aggression and violence. We all remember the attacks on Moscow’s Bolshaya Bronnaya synagogue in 2006. Of course, the level of anti-Semitism in today’s Russia is generally lower than in European countries and the US. But as some studies show, the number of anti-Semitic statements made in Russia’s public sphere is on the rise, which is extremely alarming.

Ideas of supremacy (national, religious, etc.) are gaining in popularity. In their new modern forms, (as an effective march or an original provocation), they become convenient, reliable and highly effective instruments of influencing the public, which urgently requires a powerful antidote.

I firmly believe that the search for new ways to counteract anti-Semitism can be successfully continued here in Moscow. It must involve top experts from leading museums, which preserve the memory of the tragedies of our past and can very well understand the signs of a looming disaster.

An open and free public debate about anti-Semitic incidents, their causes and the ways of addressing them would be of great help. This could enable us to develop new policies that would help raise the levels of tolerance in different countries. It would be a great idea to get the world’s largest museums involved in this project of which the stated mission is to preserve the memory of the tragic chapters of the human past.

Through our joint efforts, we will succeed in bringing a brighter future, unburdened by intolerance and the sins of past centuries, ever closer to each and every one of us.