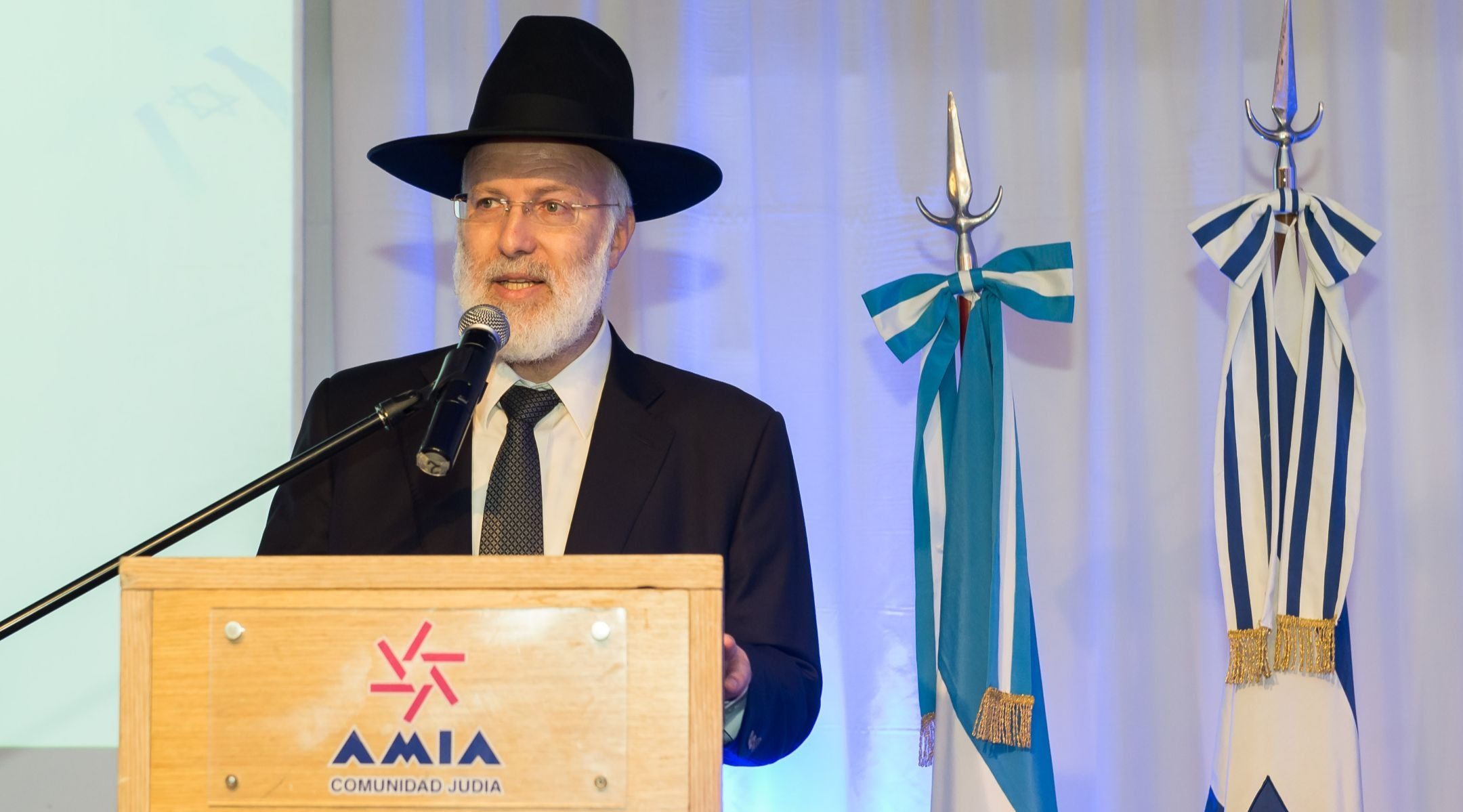 BUENOS AIRES, Argentina (JTA) — Two suspects have been arrested in Buenos Aires in the attack on Argentina’s chief rabbi.

In addition to the arrests on Friday, Buenos Aires city police have identified the local gang responsible for the home invasion attack three weeks ago that left Rabbi Gabriel Davidovich with serious injuries, including nine broken ribs and a punctured lung.

The attack is not being treated as a hate crime, and reports have indicated that it was a revenge attack arranged by a prominent member of the Jewish community involved in a divorce case adjudicated by the rabbi.

“We have [the] entire band identified, two are arrested, the rest of the members are being searched intensely by the police,” Buenos Aires City Minister of Security and Vice Mayor, Diego Santilli told TN news channel.

Fingerprints on one of the windows of the rabbi’s house were the key to identifying some of the members of the gang. City cameras also helped to identify three vehicles used by the attackers.

“Now we are deep into an investigation to discover the reasons for the attack,” Santilli added.

Anti-Semitism reportedly has been discounted as the reason for the attack. Investigators have not found any graffiti or written statement from either before or after the attack that involves anti-Semitic expression. It also has not been reported to the DAIA, the Argentinean Jewish political umbrella, which compiles statistics on anti-Semitic cases. Nor has it been reported as an anti-Semitic attack to the National Institute against Xenophobia and Racism, or INADI.

Davidovich is recovering at home and has not yet returned to work.

Reports suggest that a man who refused to give his wife a religious divorce, or get, and hired a professional gang of robbers to beat up the rabbi, but not to kill him. Davidovich reportedly received death threats in the wake of the get incident.

Davidovich also says he’s not sure if home assault was anti-Semitic, despite hearing the assailants shout “We know that you are the AMIA (Jewish center) rabbi,” during the attack.

His wife was home during the Feb. 25 attack, which happened at approximately 2 a.m. in the Jewish neighborhood of Once in the Argentine capital. The attackers restrained her and stole money and belongings from the apartment.

Davidovich has served as chief rabbi since 2013. The office of the rabbinate is located in the AMIA Jewish Center building in Buenos Aires.