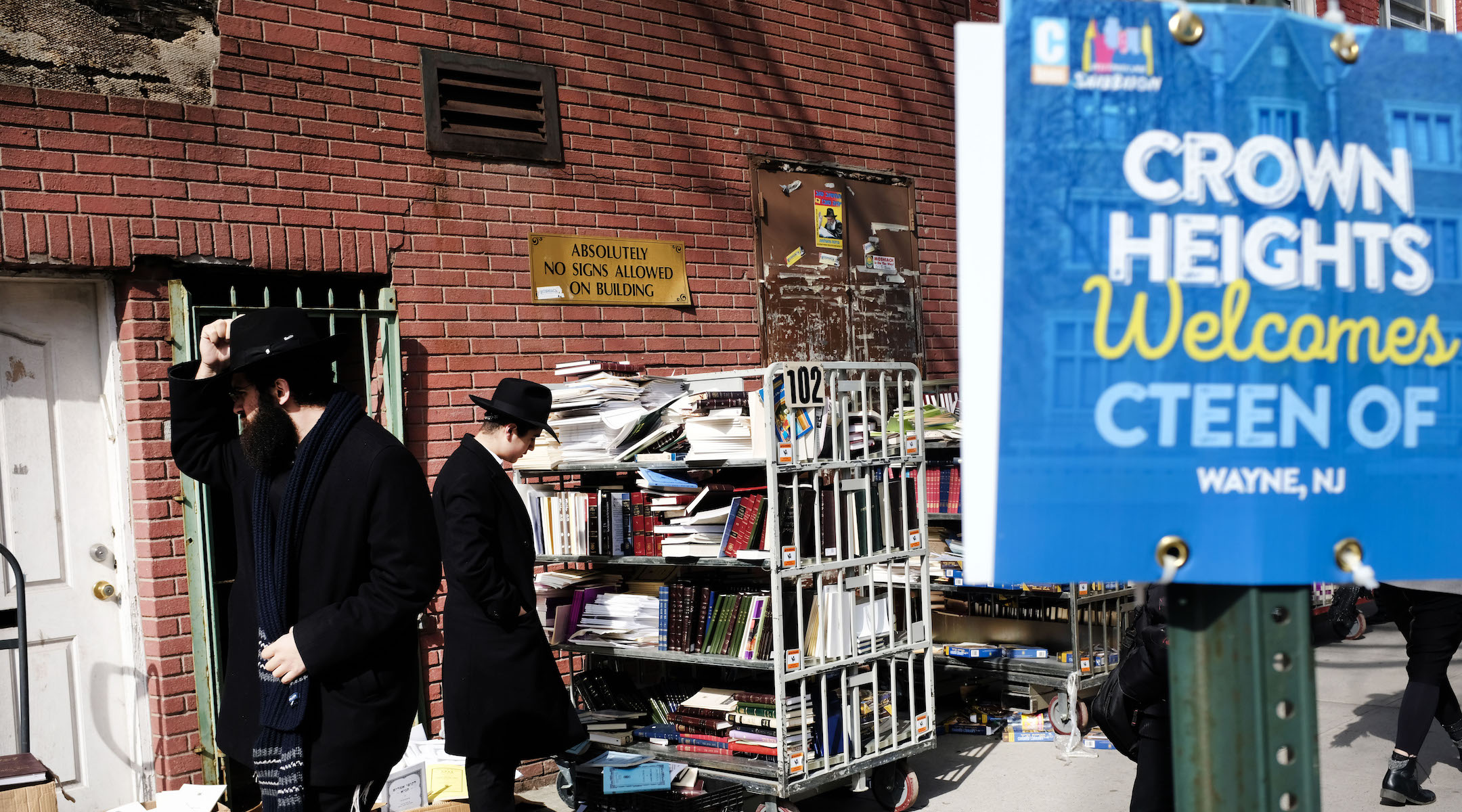 Earlier this month I had just arrived in this city on a visit and was walking along the street in the downtown Chelsea neighborhood chatting with Eddy Portnoy, a Yiddish scholar and the author of the wonderful book “Bad Rabbi,” when a homeless man approached us and began screaming. At first I brushed it off. While I have lived in Israel for the past 14 years, I grew up in Manhattan and such behavior was just the background hum of life in the big city. As such, it took a second for his words to penetrate my brain.

As Eddy and I continued walking, my anger warred with my relief that my first experience of anti-Semitism was so innocuous. I felt as if I were overdue. It wasn’t a particularly memorable experience, we both decided, but it seemed significant in that the homeless man’s words seemed a bit like a mirror reflecting the current zeitgeist.

“I’m not sure you can properly gauge the state of anti-Semitism based on this one hobo,” Eddy later told me. “That said, random anti-Semitism like this only seems to happen if you’re wearing Jewish gear.” (I wear a small, blue, knitted kippah.) “To be honest, a lot of haredim walk around in that area and I wonder if the guy harassed them.”

Several nights later, after delivering a speech on Holocaust distortion at a local think tank, I went out for a drink with a friend who commented that he had experienced similar rhetoric on the street a couple of times in recent years.

Given that the New York Police Department reported last year that anti-Semitic hate crimes in the city were up 25 percent over 2017, I thought it would be interesting to go through the process my coreligionists would face after reporting their own brushes with the oldest hatred. Recent incidents included the smashing of the front window of a synagogue in Bushwick, Brooklyn (prompting the city to increase security for Jewish houses of worship), the kicking a of a stroller pushed by a Jewish woman, a number of beatings, and several incidents of vandalism and arson.

I called up Alex Rosemberg, the associate regional director for New York and New Jersey for the Anti-Defamation League, and asked him to run me through the procedure. He pointed me to his organization’s online incident reporting form.

On average, Rosemberg said that he receives an average of 23 complaints a week, not all of which end up being categorized as anti-Semitic or racist incidents. After receiving a complaint, his team investigates to determine if the incident rises to the level of a hate crime. The ADL also proactively monitors the media to spot incidents, often contacting the NYPD to check if they heard about a specific occurrence.

In the case of Brooklyn, which has “seen a marked increase in assaults,” Rosemberg said that his organization has found it “incredibly important to respond when every single one of these incidents occurs.”

In the early 1990s, the ADL was harshly criticized by many Hasidim for what they saw as its failure to respond to the Crown Heights riots, which featured widespread attacks against Jews.

Late last year the FBI reported that overall, hate crimes increased by 17 percent in 2017, with hate crimes against Jews rising by more than a third and accounting for 58 percent of all religion-based hate crimes. However, Rosemberg noted that the overall level of anti-Semitic sentiment has remained mostly flat, hovering between 12 and 15 percent for years.

“What has changed, he said, “is the emboldenment of the people that think that way to act out. People feel emboldened to act out because of the climate, because of the way national rhetoric has been shaped.”

Overall, he told me, the relatively large number of anti-Semitic incidents in New York compared to other regions does stem from an increase in cases, but also reflects both an increased willingness to report and the fact that New York has a larger concentration of Jews than other parts of the country.

However, neither the ADL nor the NYPD has been able to “see one marked political or racial or ethnic or national tendency in any of these incidents,” he said, referring to the perpetrators. “It’s really random. If you talk to the hate crimes task force they will tell you the same thing.”

In Crown Heights, which has seen a significant uptick in violent anti-Semitic incidents in recent months, some people feel that their plight has not received sufficient attention, with one prominent community figure telling me that he believed that this was because the victims were haredi Orthodox Jews.

“There’s no question that it’s not getting the same media attention as in other places and I don’t know why,” local activist Rabbi Yaacov Behrman agreed. “I think that part of it’s because when the victims are Hasidic Jews, it’s less important to some people. But more importantly because it’s not part of the overall agenda. If they can’t link it to the far right, they are not as interested in reporting it.”

Behrman was likely alluding to the fact that many of the suspects arrested by the police have been young men of color.

He told JTA that part of the problem in Crown Heights is gentrification, and that low-income residents see the Orthodox Jews and Jewish property owners as vanguards of their displacement.

“People can’t afford to live here anymore. Now there’s this lie being peddled around that somehow the Jews are being protected from gentrification and are not affected and some of the developers are Jewish,” he said. “Regardless if the developer and the landowner is doing it legally or illegally, if you go and beat an innocent Jew because you feel that the person who raised your rent is Jewish, you target an innocent Jew. That’s the very definition of anti-Semitism.”

However, despite the increase in incidents, it’s important not to exaggerate the level of concern, said Rabbi Eli Cohen, executive director of the Crown Heights Jewish Community Council.

“We’ve seen more [anti-Semitism] in Crown Heights because of the proximity of having a very mixed community, but the old narrative of two communities facing off in Crown Heights isn’t what’s happening,” he said. “We’re not seeing that at all. The leadership level [of the local] communities have a good relationship. We don’t hear the same rhetoric we heard in the ’90s. From that point of view, I think I see it more in the context of the phenomenon we’ve seen around the city, and certainly some of it is better reporting of incidents not previously reported.

“I wouldn’t put it at the level of a community under siege.”