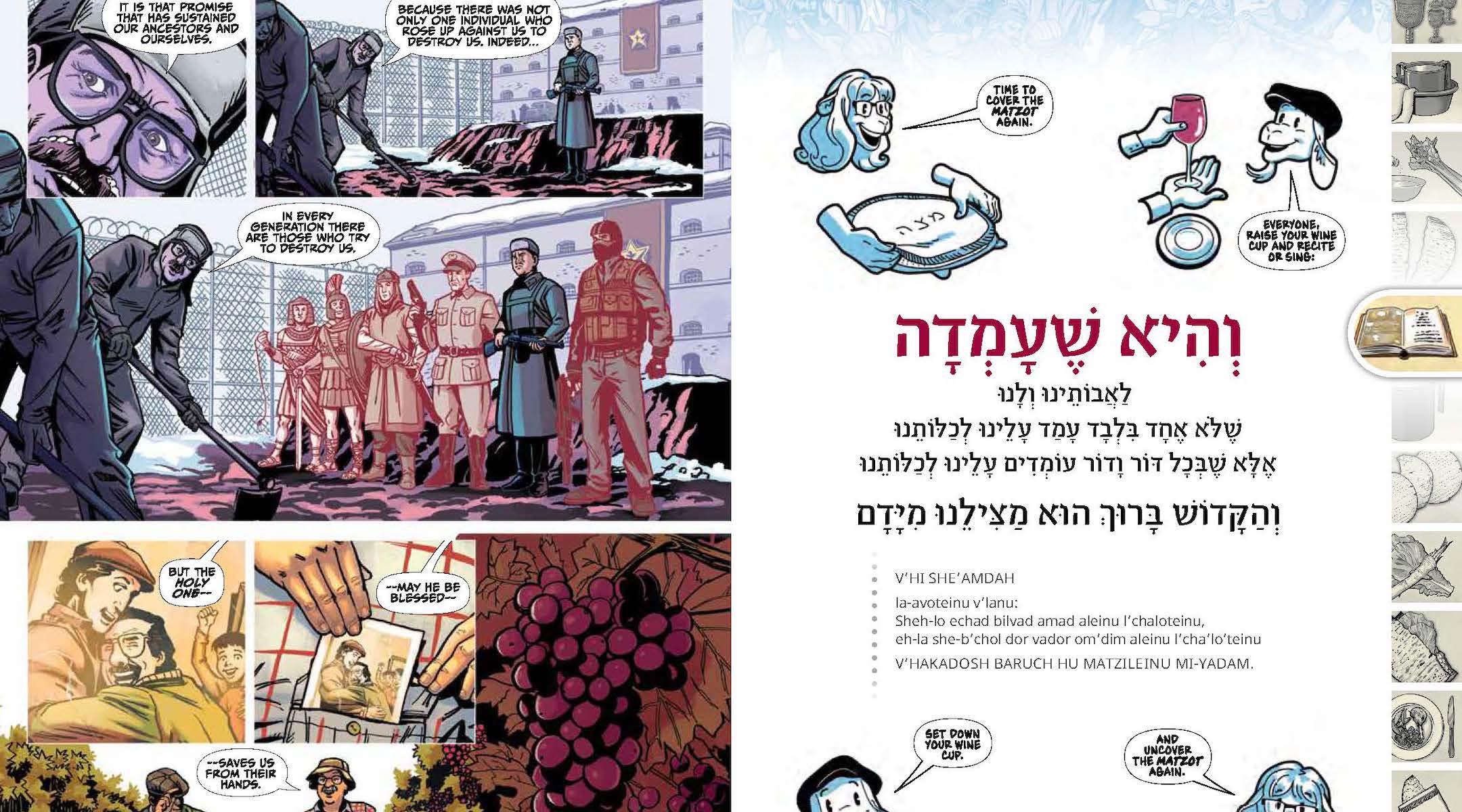 (JTA) — At Passover each year we are reminded that even though the original story is generations old, we are supposed to engage with the narrative as if we were slaves in Egypt. Unfortunately, most Haggadahs are about as engaging as a Maxwell House percolator.

This year, however, two Jewish artists have created a vibrant addition to the alternative Haggadah canon: a graphic novel version of the Passover story that also takes readers through the seder.

It’s the creation of Jordan B. “Gorf” Gorfinkel, a former DC Comics editor (he oversaw the Batman franchise for a decade), and Israeli artist Erez Zadok. The pair met at a Limmud event in Britain.

“When Gorf told me about his concept for this Haggadah, I was hooked,” says Zadok, a Bezalel Academy of Arts graduate who is known for his autobiographical series Bundle of Joya.

The Haggadah has traditional seder text on the right-hand pages, while the left-hand pages contain an action-packed graphic novel that expands on the Passover story and alternates between modern and ancient times. Zadok suggests that the goal was to engage readers and seder participants of every age.

While many still see graphic novels as kid stuff, Zadok and Gorfinkel tried to make sure that the Haggadah was able to deal with some mature issues — slavery and inhumanity, for example — in a way that was appropriate and approachable. 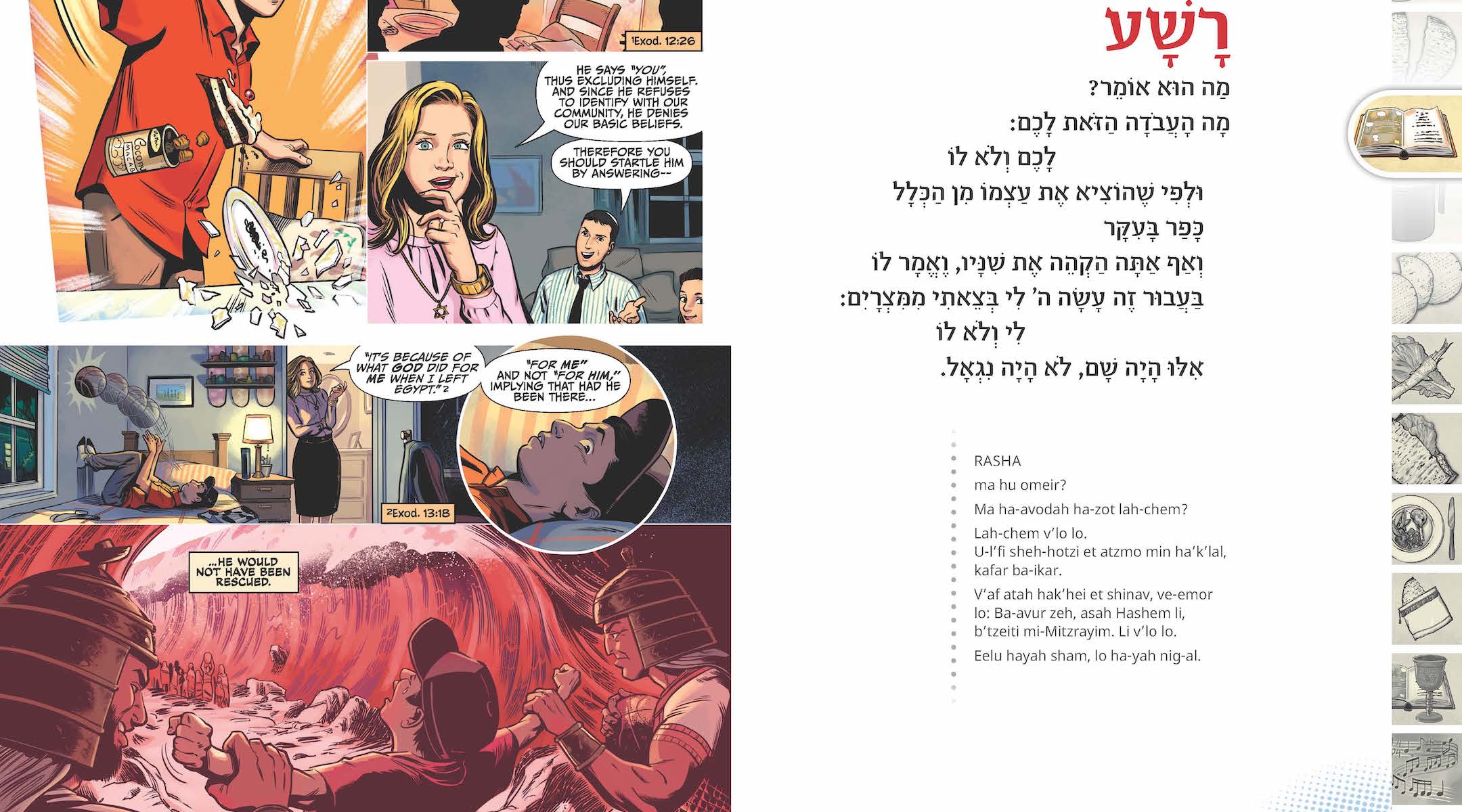 “This book is for everyone,” Zadok says, “but it would make me very satisfied to know that a mature audience enjoys it as well.”

While this is not the first collaboration between Zadok and Gorfinkel (who also co-created the “3 O’Clock Club” comic series), Zadok says it was still difficult to orchestrate.

“This project was very challenging to illustrate because we had so many restrictions,” he says, noting that the multi-era illustrations involved considerable research in order to ensure accuracy and authenticity. “We wanted the readers to feel like the book was made especially for them, regardless of their knowledge or religious practice.” 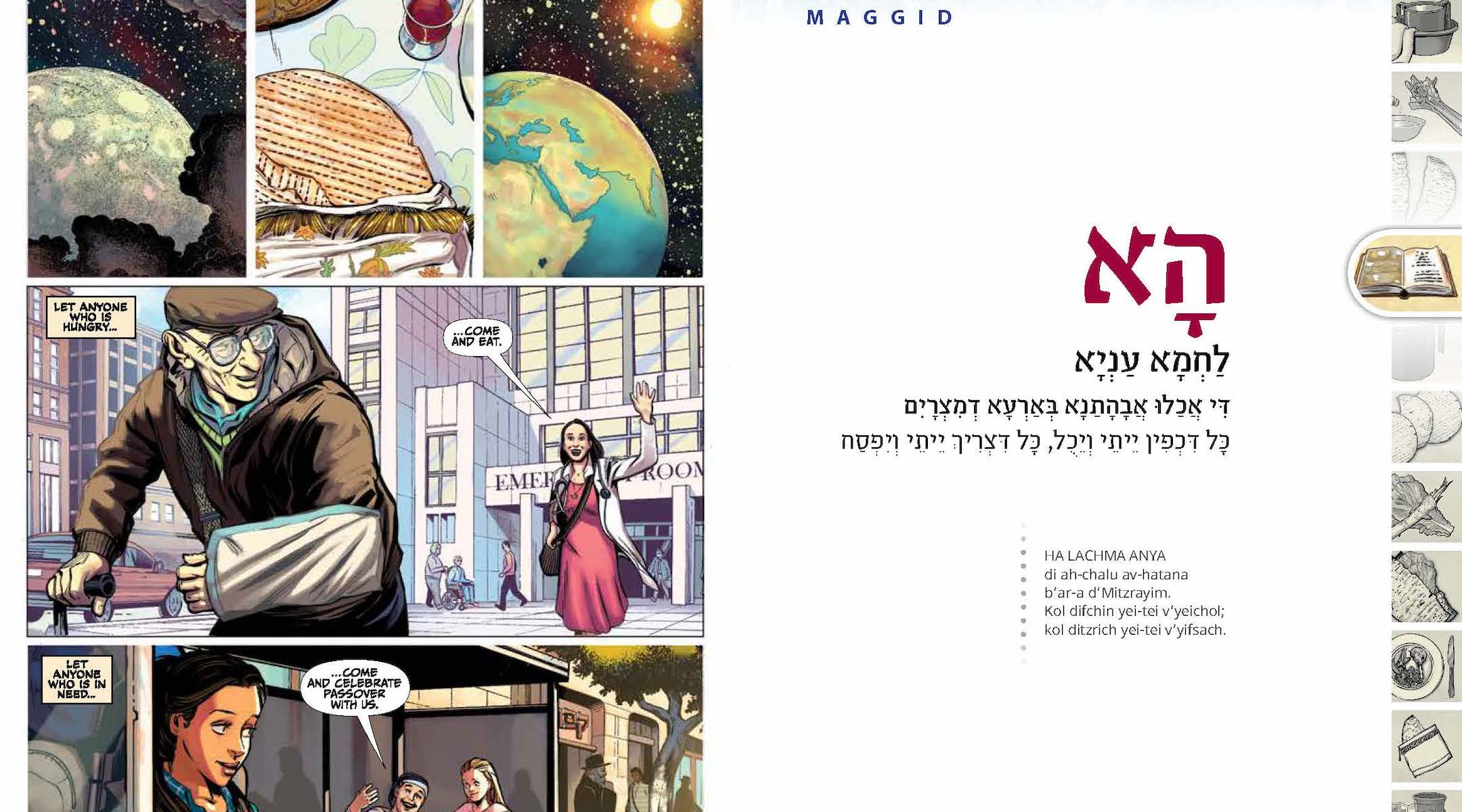 Perhaps this is why Zadok is looking forward to spending Passover with family and friends and then returning to other projects that may be more personal in nature.

“I have nothing against illustrating other traditional biblical stories,” he said, “but right now I prefer … to create worlds based on my own imagination. Let’s see what the future holds.”