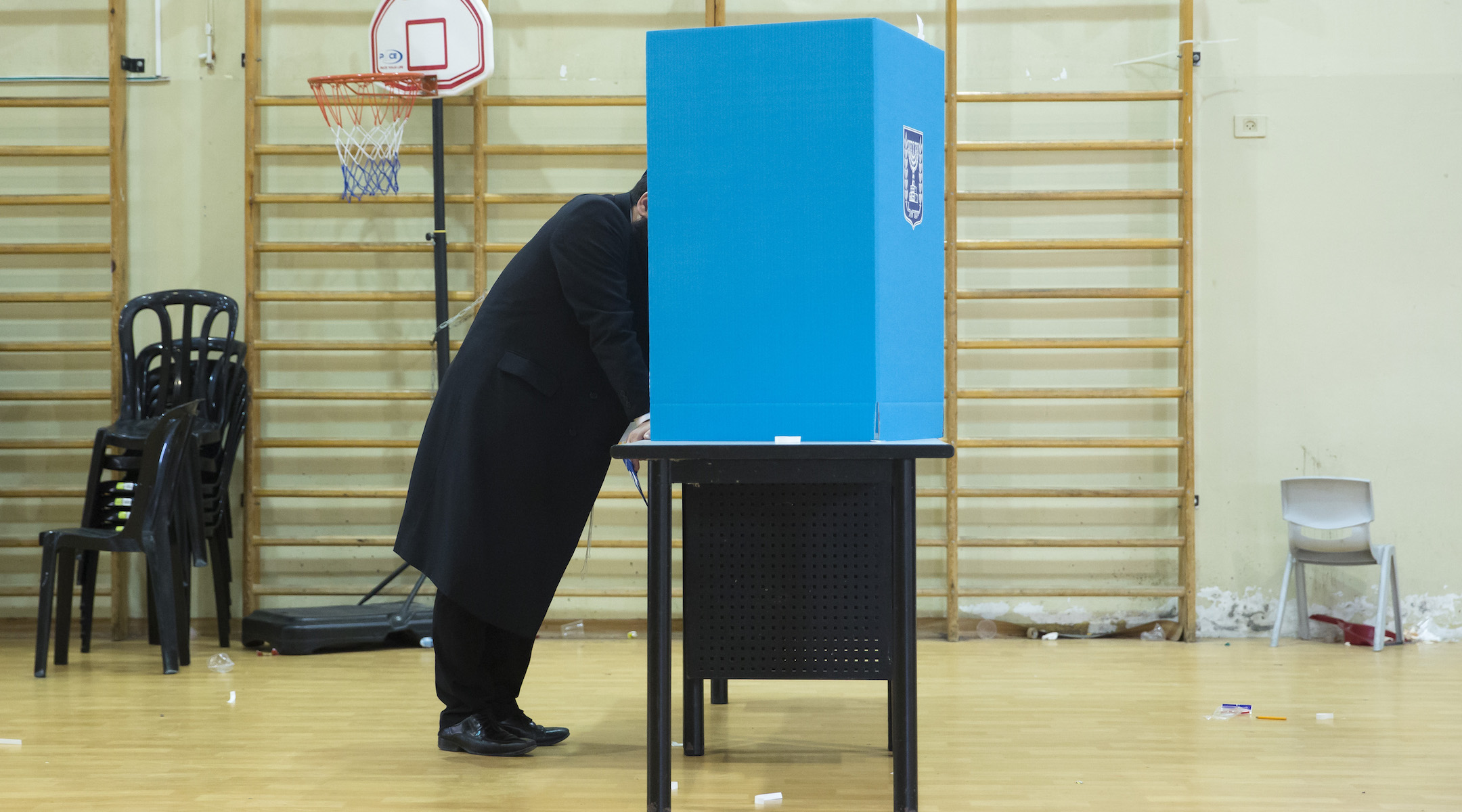 NEW YORK (JTA) — A Hasidic group in the United States is cutting personal checks to religious Israelis who commit to not voting in Tuesday’s election.

The campaign led by a group of Satmar Hasidim, an anti-Zionist movement with followers in New York and Israel, is aiming to essentially crowdfund a total of $12 million. Satmar sees the modern State of Israel as fundamentally illegitimate and boycotts any recognition of it — including participation in the elections.

Satmar opposes the state because it is against the establishment of a sovereign Jewish country in the Land of Israel before the coming of the Messiah.

Yoel Fried, one of the campaign organizers, said that every day legislators sits in Knesset, Israel’s parliament, they are breaking 100 Jewish laws.

In a speech last week, Rabbi Zalman Teitelbaum, one of the two grand rabbis of the Satmar movement, accused Israeli haredi Orthodox politicians of murder for partnering with Israel’s government, which has encouraged drafting haredi men into Israel’s army.

“They took part in the murder of Jewish souls and were built up by evildoers,” Teitelbaum said, according to B’hadrei Haredim, an Israeli haredi news site. “That’s how they want to build themselves.”

(Two haredi parties are represented currently in the Knesset: the Ashkenazi United Torah Judaism and the Sephardi Shas. They currently hold a total of 13 seats in the 120-seat body and sit in the governing coalition of Prime Minister Benjamin Netanyahu of Likud.)

Teitelbaum’s fierce rhetoric doesn’t make him an outlier: An advertisement for the campaign, posted by the Twitter account @NewsIn Satmar, called the Israeli government “uprooters of Torah and haters of religion” who pose a “terrible danger projected onto future generations.”

In the campaign total of $12 million, approximately $4 million will go to haredi individuals who abstain from voting on Tuesday. To get the money, the individuals had to drop off their ID cards with representatives of the campaign earlier this week: It’s impossible to vote in Israel without presenting an ID card.

Fried estimates that 35,000 people will receive money, an average of more than $100 per person, though he says the amount of each check will differ based on the size of the individual’s family.

“Anyone that doesn’t want to go to the election, we are like paying them off,” he said. “Someone who has only one child will get less. Someone who has 10 children will get more. It’s based on the need.”

The remaining $8 million will go to haredi Orthodox schools and other educational institutions in Israel that refuse funding from the government. Fried says that beyond ideological opposition to the state itself, haredi schools are wary of accepting government funding because they feel it will make them beholden to the government’s educational requirements, like a core curriculum.

“If you take money from the government, what happens down the road is that they start to dictate your curriculum, specific things you should learn in the schools,” he said. “And since you’re taking their money, you’re bound by their laws.”

Fried said a similar initiative in 2015 raised some $3 million.

To raise the money, a group called Taharas HaKodesh, a biblical term for ritual purification, will hold a rally on Thursday at Arthur Ashe Stadium, the tennis arena in Queens. The event will celebrate the campaign and the schools that refuse state funding. Fried expects 50,000 people to attend, with ticket prices ranging from $360 to $5,000.

“In general, Satmar wants to get more power,” said Rabbi Moshe Klein, a spokesman for the event. “And the way they want to do it is by funding … yeshivas and institutions who won’t go vote and who won’t take any money from the government and who will publicly announce that they have nothing [to do] with the Zionist state government.”