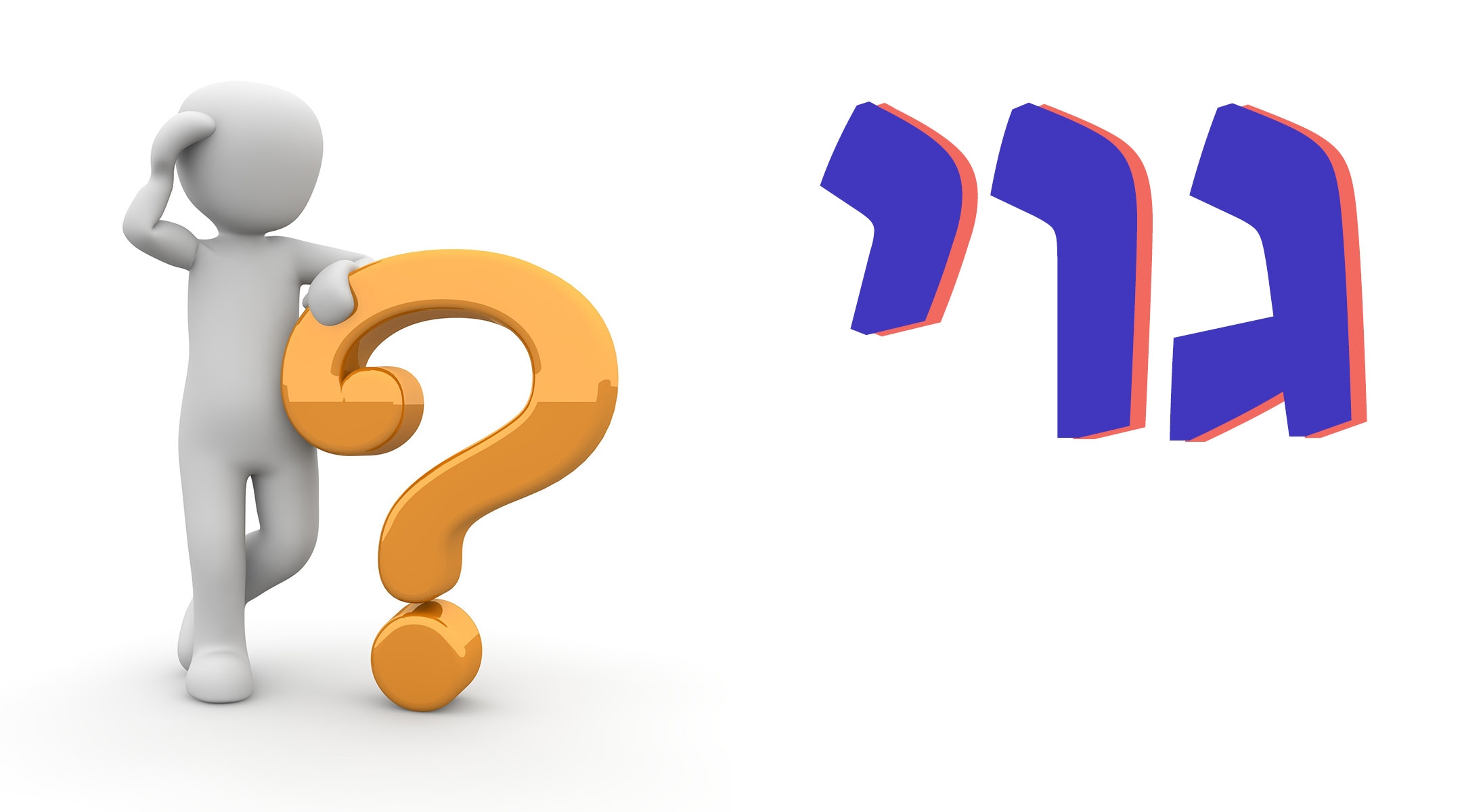 Is the Hebrew word "goy" a slur when used today? (Pixabay)
Advertisement

(JTA) — My seders, like most, drew to a close with the annual cringe-fest known as “Sh’foch Hamatcha,” in which everyone stands up and urges the Almighty to “Pour out Your fury on the nations [goyim] that do not know You.” The section is a justifiable reflection of historic Jewish anger and wishful thinking, especially during the Middle Ages when the biblical verse was added to the Haggadah. But PC it is not.

The word “goyim” sits there like a stray bone in the homemade gefilte fish, inevitable and undigestible. In this case the word means nothing other than “nation,” counting the Jews as one among many “goyim” out there. But the verse plants the seeds for how we’ve come to think of “goy” and “goyim”: as designations for any individual or collective who simply are Not Us.

But is goy necessarily disparaging? I saw the point being debated on Twitter last week. The writer Ariel Sobel insisted in a tweet, “Goy isn’t a slur. If you think it is, you are a goy.”

She fleshed that out in a separate tweet: “Being called not Jewish is not a slur. The absence of Judaism does not make someone vulnerable. Having a term to describe it is not a slur, it just discomforts people because it subverts them as the labeless norm.”

A lot of the Jews who responded begged to differ, saying that while some Jews use the word as a fairly neutral or even affectionate term for a “non-Jew,” the word has taken on disparaging connotations. Others pointed out that it creates a binary that is particularly hurtful to interfaith families and converts.

“As a Jew married to a Jew by choice, I definitely see goy as a slur — seldom used as a compliment, and never used in the presence of a non-Jew,” wrote Nahma Nadich, the deputy director of the Jewish Community Relations Council of Greater Boston. “That’s a good litmus test: if you wouldn’t use a word in the presence of someone you’re describing, good chance it’s offensive.”

Sobel explained that she was reacting to white supremacists who have embraced the word “goyim,” partly to accuse Jews of promoting their own brand of ethnic chauvinism and partly as a badge of twisted honor. But she also thanked those who responded for changing her thinking about the term.

“Goy can be weaponized to hurt interfaith families, converts, and patrilineal Jews,” she wrote. “We all have unique relationships to the term shaped by our experience. So grateful to have had so many people jump in on the conversation and tell me about theirs.”

I have a hard time seeing “goy” as anything but offensive. In my day job I often find it necessary to distinguish between Jews and non-Jews, as in “What it’s like to be a non-Jewish counselor at a Jewish summer camp” or “In Moscow, a non-Jewish physicist recalls helping build the Soviet Union’s only yeshiva.”

But the word “goy” has too much historical and linguistic baggage to be used as casually as “non-Jew” or “gentile.” It starts with the obvious slurs – like “goyishe kopf,” or gentile brains, which suggests (generously) a dullard, or “shikker iz a goy,” a gentile is a drunkard. “Goyishe naches” describes the kinds of things that a Jew mockingly presumes only a gentile would enjoy, like hunting, sailing and eating white bread.

But even in its plain sense the word is a weapon in what the Yiddishist Michael Wex calls the “vocabulary of exclusion.” “Differences between yidish and goyish, sacred and profane, proper and improper, are built into the structure of the language,” he writes, using “yidish” to mean Jewish.

How that came to be is the subject of a fascinating discussion in the current online edition of the scholarly journal Ancient Jew Review (the best name of any Jewish publication ever). The occasion is the publication of a new book by the Israeli scholars Adi Ophir and Ishay Rosen-Zvi titled “Goy: Israel’s Multiple Others and the Birth of the Gentile” (Oxford University Press). In it they argue that while the word “goy” is common in the Torah, it was only in the later rabbinic literature (starting say, in the first and second centuries CE) that “goy” acquired the status of the absolute Other. From then until today, the word not only distinguishes what makes a gentile different than a Jew, but – and this is crucial — what defines a Jew as being different from a gentile.

The authors suggest that it was the lapsed Jew and Christian apostle Paul who got the ball rolling in his letters by emphasizing the distinctions between the Jews and the followers of Jesus.

Ophir and Rozen-Zvi note that the rabbis don’t just distinguish between ways of religious thinking, but divide the world into a binary Us and Not Us.

“In contrast to earlier attempts to grapple with threatening foreign groups, the generalized and abstract rabbinic Goy has no other quality besides his being a non-Jew,” writes Yair Furstenberg, of the Talmud Department at the Hebrew University of Jerusalem, in a response to their book.

Is that necessarily a bad thing? We make distinctions all the time. Many of our identities are based as much upon what we are not as what we are. The challenge is what you do with those distinctions.

In another response to the Israelis’ book, Cynthia Baker, a professor of religious studies at Bates College, aligns with those who believe that Jew-goy divisions “distort, deform, and diminish the full personhood of most of this world’s human inhabitants.”

Ophir and Rozen-Zvi also suggest that the Us and Them thinking of the rabbis tends to reinforce a sense of superiority among the Jews, and assigns to goyim qualities that, as Baker writes, “mark their lack of worthiness – and … none that are genuinely positive.”

At the very least, the idea of undifferentiated goyim shows an incredible lack of curiosity of the ways that non-Jews might differ among themselves, let alone how they differ from Jews.

Jews are hardly alone in this exclusionary thinking. The Jew-goy distinction was born at a time when Jews were themselves excluded from the “nations,” and could barely imagine a society where people of various faiths and religions could live side by side on equal terms.

That doesn’t argue for getting rid of the “Pour out your fury on the goyim” section of the Haggadah. I’m a big believer in wrestling with the more difficult parts of the tradition rather than censoring them. But perhaps we should read such language with empathy for the Jewish condition at the time it was written — and acknowledge the ways our own conditions have changed.

Today we have the luxury and ability to think about the Other in ways that honor the Jews for their differences without disparaging others for theirs. We can do better than “goy.”