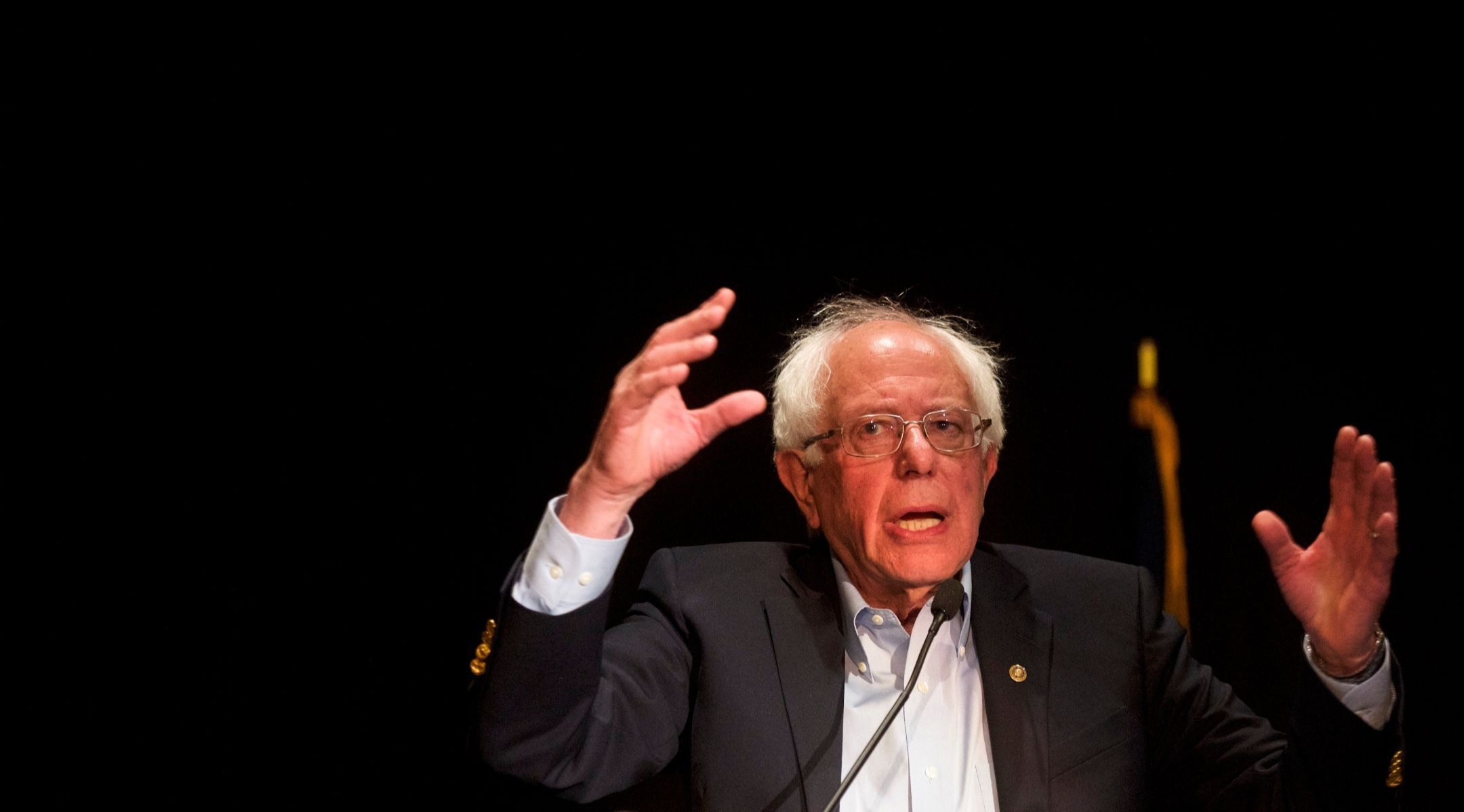 The pro-Israel lobby, in a tweet that did not mention the Democratic presidential hopeful by name, said it was counterproductive when American leaders used “name-calling” against their Israeli counterparts.

“The U.S.-Israel alliance serves America’s interests,” AIPAC said Tuesday on Twitter. “We benefit from the close bonds between the governments and peoples. Name-calling by political leaders against the democratically elected government of Israel is counterproductive to maintaining close ties and advancing peace.”

The U.S.-Israel alliance serves America’s interests. We benefit from the close bonds between the governments and peoples. Name-calling by political leaders against the democratically elected government of Israel is counterproductive to maintaining close ties and advancing peace.

An AIPAC official confirmed that the tweet was aimed at Sanders, I-Vt., currently the front-runner in the race for the Democratic presidential nomination. Sanders defended his outspoken criticism of Israel in a CNN town hall on Monday broadcast from Manchester, New Hampshire, the first primary state.

“The goal must be to try to bring people together and not just support one country, which is now run by a right-wing — dare I say — racist government,” he said to applause.

Netanyahu earlier this month won re-election as prime minister. A number of Democratic candidates before the election blasted Netanyahu for brokering a vote-sharing agreement with Jewish Power, a party whose extremist views were inspired by a rabbi, the late Meir Kahane, who was expelled from Israel’s parliament for “racist incitement.”

AIPAC at the time of the vote-sharing deal also blasted Jewish Power as “racist,” although it did not explicitly fault Netanyahu for making the deal.

“AIPAC has a longstanding policy not to meet with members of this racist and reprehensible party,” it said in a February tweet, referring to the far-right party.

Sanders at the town hall also called himself “100 percent pro-Israel.”

“Israel has every right in the world to exist, and to exist in peace and security and not be subjected to terrorist attacks,” he said. “But the United States needs to deal not just with Israel, but with the Palestinian people as well.”