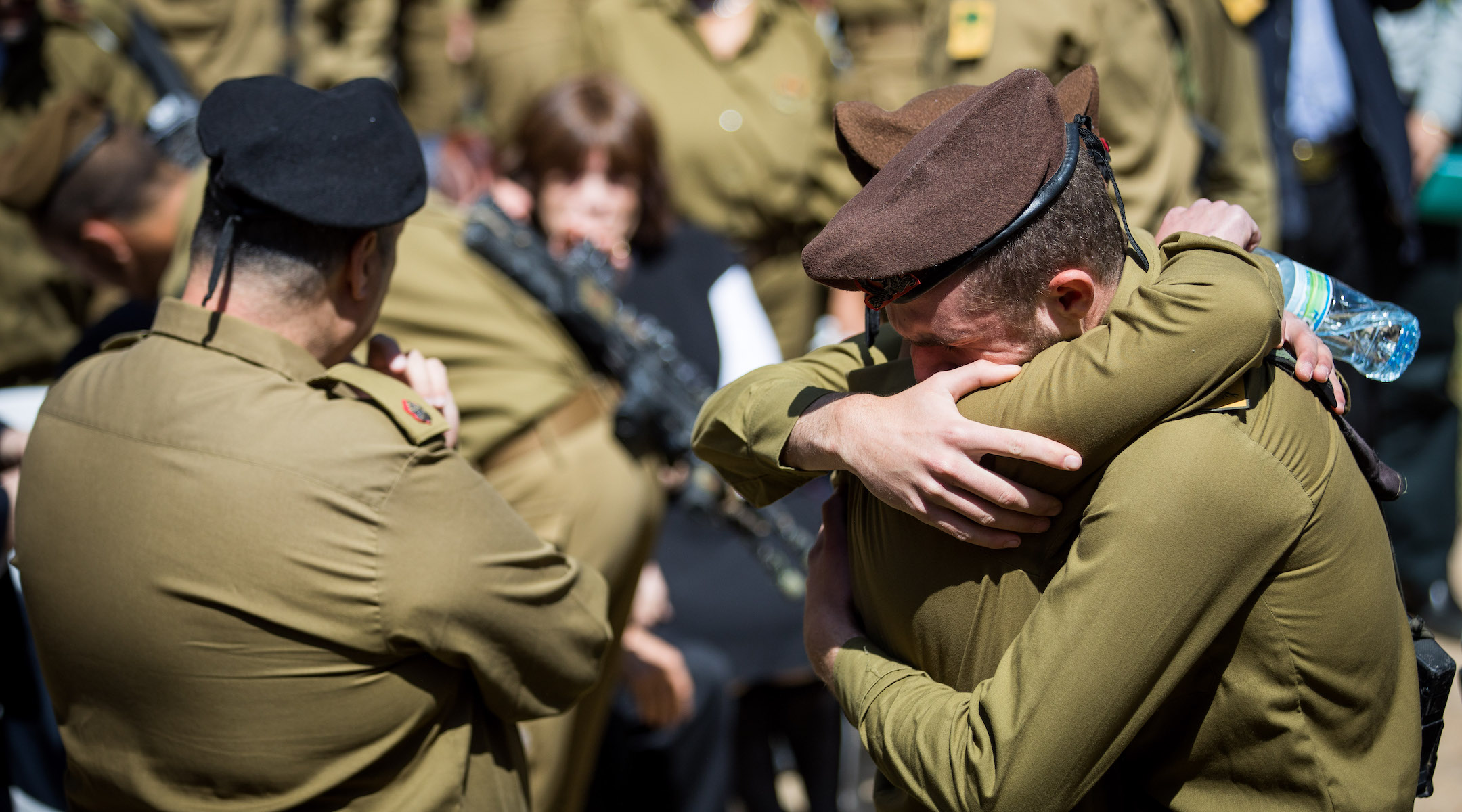 JERUSALEM (JTA) — After Alex Sasaki died of a drug overdose in late March, Tzvika Graiver of the KeepOlim activist group posted on Facebook that the American-born soldier in the Israel Defense Forces had died “from a lack of mental support in the army.”

Sasaki, 27, who grew up in Laguna Beach, California, was a member of the elite Golani infantry brigade. He was found dead in his home while off duty, according to media reports.

Graiver’s claim caused significant pain to Sasaki’s family, who felt that Graiver shared details about the death without permission and implied it was related to mental health issues, according to sources familiar with the matter.

Nevertheless, the post drew attention to reports, denied by the Israeli military and soldiers’ advocates, of a “worrying trend” of rising suicide rates among the lone soldiers — immigrants and volunteers from abroad who enlist without a familial support network in the country.

Three lone soldiers, known in Hebrew as “chayalei bodedim,” died over the course of the first three months of 2019: two of suicide and one from an apparent drug overdose. That prompted harsh criticism and a wave of newspaper reports on their “lonely life.”

The category of lone soldier also includes native Israelis without families, such as former members of the haredi Orthodox community disowned by their parents.

Despite the challenges facing many of these soldiers face, however, advocates, soldiers and army spokespeople have said that over the last decade, there has been a significant improvement in how the military cares for such troops.

Critics include KeepOlim co-founder LiAmi Lawrence, who described the situation of lone soldiers as “deplorable” and said he blamed “every person who agreed to bring soldiers here and not provide the proper services and support for [their] needs.”

Outgoing member of Knesset Ksenia Svetlova likewise lashed out at the army, claiming in a tweet that 17 lone soldiers had committed suicide over the course of just one year. Urging young Jews living abroad not to enlist until the army got a handle on the situation, the Israeli lawmaker demanded a “meaningful solution and a proper response to the emotional needs of the lone soldiers.”

Blaming the military, Svetlova asserted that sometimes the burden is just too heavy to cope with, “while the army looks the other way.”

An army source familiar with the matter said such “suicide epidemic talk is overblown.”

The official, who agreed to speak off the record because he was not authorized to speak to the press, disputed Svetlova’s figures, citing army statistics showing that the average annual suicide rate for all military personnel hovered around the 45 during the mid-1990s.

According to figures provided to the Knesset Immigration and Immigrant Absorption Committee in late 2017, new immigrants constituted a third of suicides in Israel over the past decade, with some 1,658 taking their own lives between 2000 and 2013.

“The main change happened over the past 10-15 years when there was a big drop,” the IDF official continued.

The official credited three factors: a decision to limit which soldiers were allowed to bring home firearms, the introduction of mandatory officer training “about identifying signs of mental health distress up to suicidal thoughts,” and the increased availability of mental health professionals on military bases. 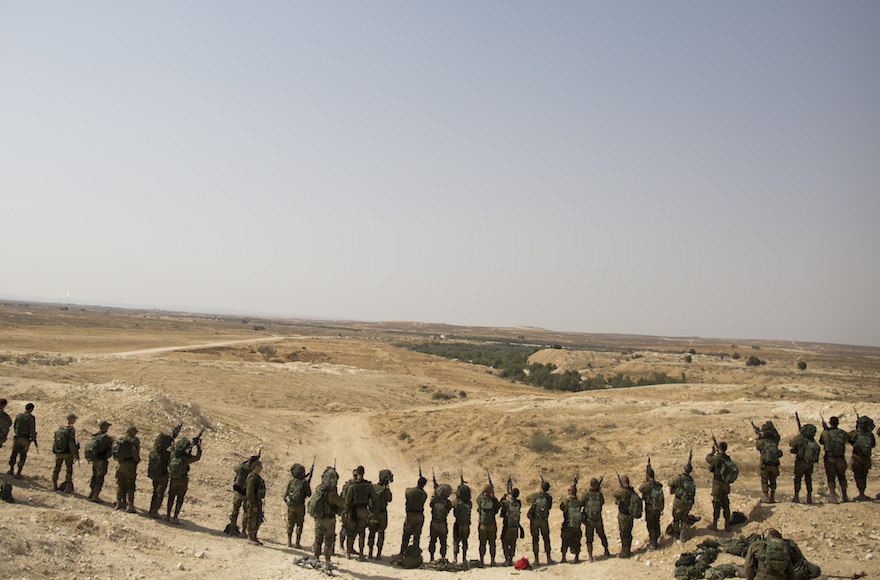 While he acknowledged that lone soldiers face a disconnect between their expectations and the reality of military life, along with the lack of a local support network and the difficulties newcomers face in adjusting to life in Israel, he did not see any specific reason why there should be a rise in lone soldiers taking their own lives.

For his part, KeepOlim’s Lawrence said he believes that many cases are not classified as suicides, arguing that overdoses should be included in that category.

Over “the last two months about 12 soldiers have called me in a bad state of crisis,” he said. “We had 11 ODs and suicides [among members of] KeepOlim. Five or six were lone soldiers during or after [the] army.”

“The army has a hotline only in Hebrew. The soldiers do not go to their commanders because their profiles will be lowered and their guns taken away. The army has a responsibility to take care of these soldiers before, during and after the army. They have failed.”

The approximately 6,500 lone soldiers currently in service are well treated, IDF spokesman Jonathan Conricus told the Jewish Telegraphic Agency in a statement. He noted that commanders are required to visit the homes of lone soldiers and hold a one-on-one talk every six months. Lone soldiers receive housing stipends, food money and “a wide range of benefits,” and are allowed a month off to visit their families abroad.

“The information on the increase in suicide among lone soldiers is incorrect, and in addition, in Tzahal, there was a dramatic decrease in the rate of suicide as reported at the beginning of the year,” Conricus said.

According to figures reported by The Times of Israel in January, there was “a significant decrease” in military suicides over the past year, with nine soldiers taking their own lives in 2018.

Despite the various benefits lone soldiers receive, they have historically faced a variety of issues, and some have had to fight to obtain the benefits they were promised. In recent years, a number of organizations — from the Michael Levin Lone Soldier Center to Nefesh B’Nefesh’s Lone Soldier Program — have sprung up to provide an external support network.

Oren Hasson of the Lone Soldier Center said that programs like his work hard to prepare prospective soldiers for their service, both physically and mentally. In addition to providing services such as housing, social events and legal advice, his organization has mental health specialists on call for any soldier feeling the need to talk.

“It was definitely a lot worse” in the old days, he said.

The army has taken “major steps” to improve how it treats lone soldiers, said Noya Govrin, the head of Nefesh B’Nefesh’s Lone Soldiers Program. These include a department dealing with lone soldiers, a call center with multilingual staff, and improved salary, benefits and outside support.

“Today I can say that a lone soldier in combat can make a living,” she said.

Mordy Rapp is a former lone soldier who works with servicemen at a program run by Yeshivat Lev HaTorah in Beit Shemesh.

“When we were doing the army back in the day, there wasn’t a framework for lone soldiers, especially if you were religious,” he said. “Basically, you were on your own. You’re renting your own place, and dealing with your own food and rent, and didn’t have much help.”

Rapp recalled a soldier in his unit who took his own life in 2006, asserting that “nowadays the army is a little more equipped to deal with psychological issues. It seems that [now] the lone soldiers have it better than they ever had it in history.”

One young man who lives in a Lev HaTorah-owned apartment with six other soldiers said he appreciates the group’s support.

While he said his experience has been overwhelmingly positive thus far, the soldier said he believed that “people don’t take mental health here seriously.” And the army’s attention can be erratic. Several of his friends who had requests to see army psychologists still hadn’t been able to arrange an appointment, he said, while for the most part his own commanders had been understanding after he calmly explained his needs.

“From the civilian angle, I think what is happening now is incredible, and from an army level it’s improved immensely,” he said, “but there is still a lot of work to be done.”

Several lone soldiers who spoke with JTA gave overall positive accounts of their service, although several pointed to cases of friends who had encountered difficulties and said there was room for improvement.

According to Benjamin Tabib, a tank driver from Australia, commanders who have not worked with lone soldiers “don’t really know what to do with them,” but after he explained what his rights were they were “really supportive.”

Whatever the circumstances of his death , Alex Sasaki seems to have inspired Israelis with the notion that no soldier should be alone. His funeral at the Mount Herzl military cemetery in Jerusalem drew at least 1,000 people, many of them strangers.