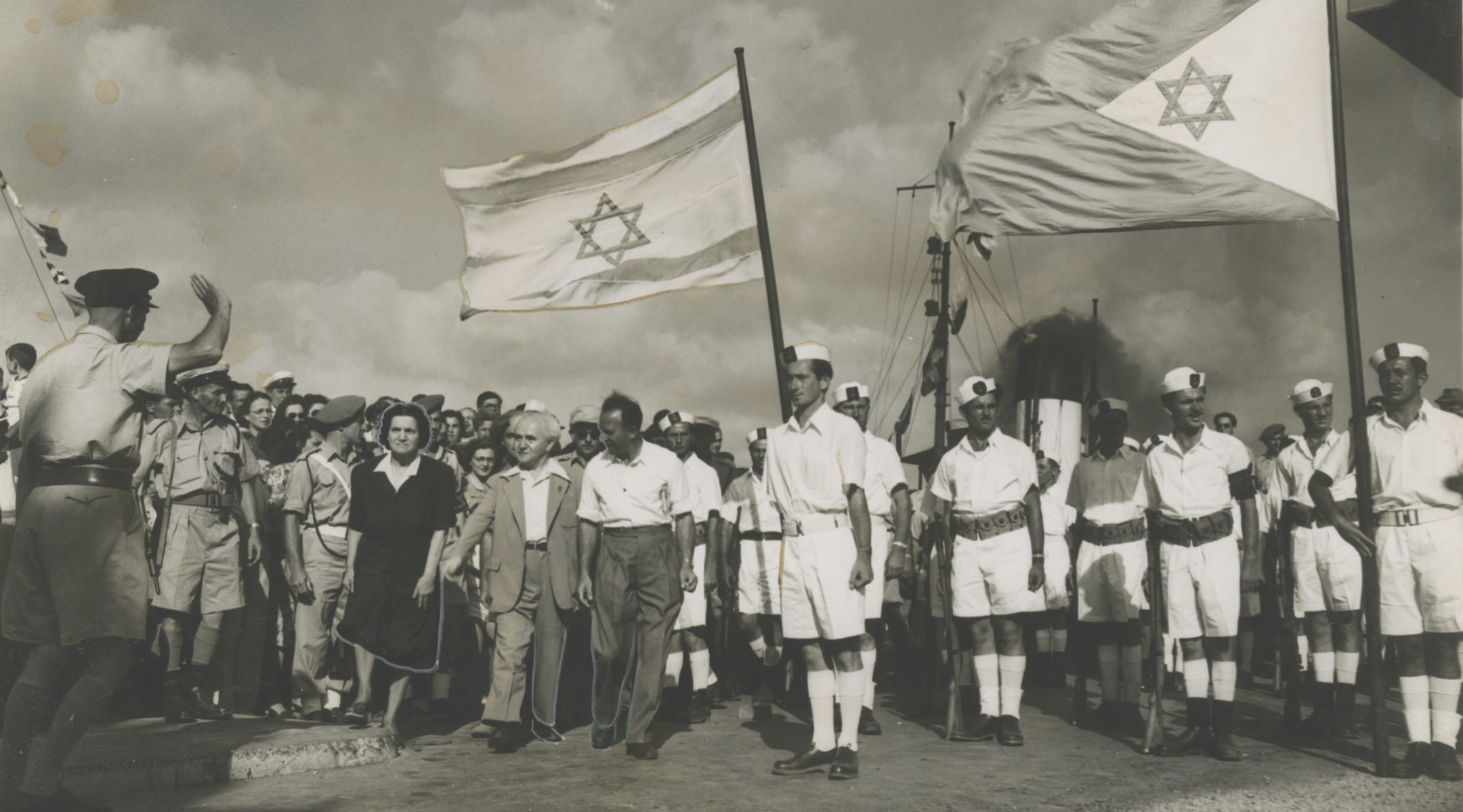 A photograph from the day the port of Haifa was handed to the Israel Defense Forces – a formation of naval officers raising the flag of Israel and the flag of the Israeli navy for the first time in the port, upon the entrance of Prime Minister David Ben-Gurion. (Kedem Auction House)
Advertisement

(JTA) — Thursday is Israel’s Independence Day, which commemorates the country’s official Declaration of Independence in 1948. The country celebrated with rallies, fireworks displays, flyovers by the Israeli Air Force and family barbecues.

It was a hard-fought independence — the day after the declaration, a coalition of Arab armies attacked and started what Israel calls its War of Independence. Israel emerged victorious, but not until after nearly 10 months of fighting, and thousands of casualties.

In the coming days, the Israeli Kedem Auction House is auctioning off a collection of 26 rare photographs from the war. Here’s a selection of some of them — which capture both the intensity of the historical moment and snippets of everyday life during wartime, from both the Israeli and Arab sides. 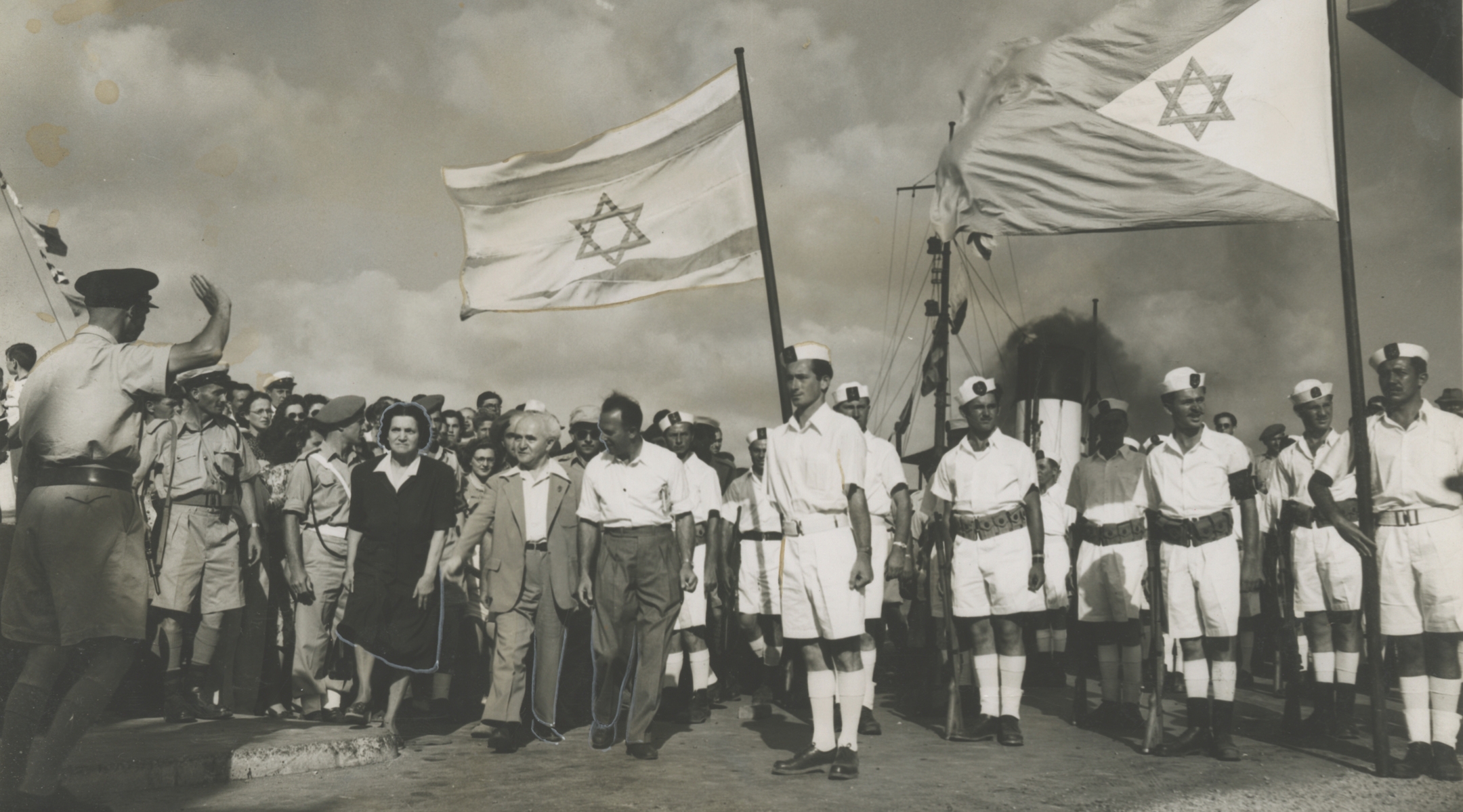 A photograph from June 30, 1948 shows Great Britain handing the port of Haifa to the Israel Defense Forces, with a formation of naval officers raising the flags of Israel and the Israeli navy for the first time in the port. Prime Minister David Ben-Gurion is seen at left, with his wife Paula. (Kedem Auction House) 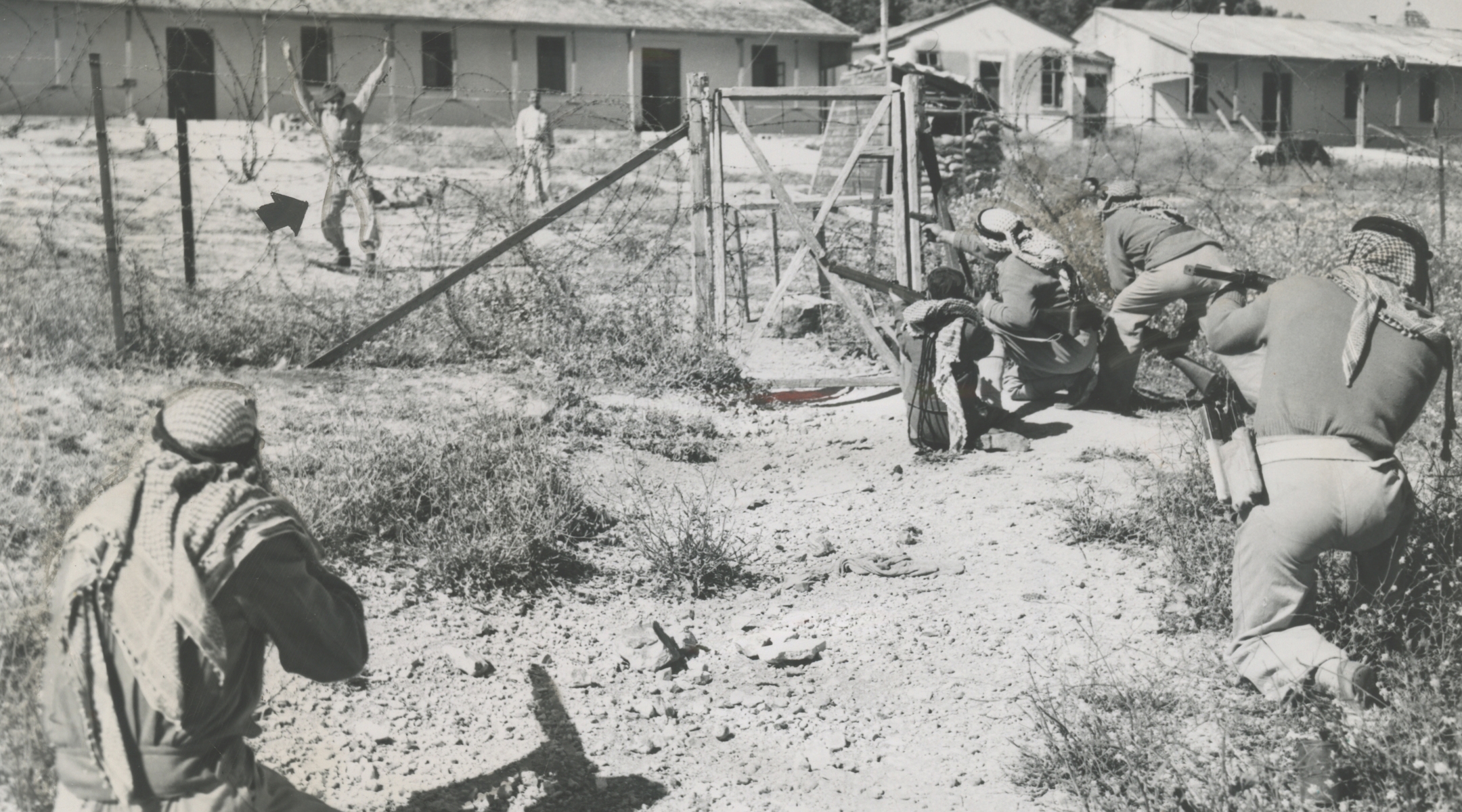 A staged Arab propaganda photograph of an Israeli soldier surrendering to armed Arabs (the fighter in the photograph is an Arab “actor” in costume). (Kedem Auction House) 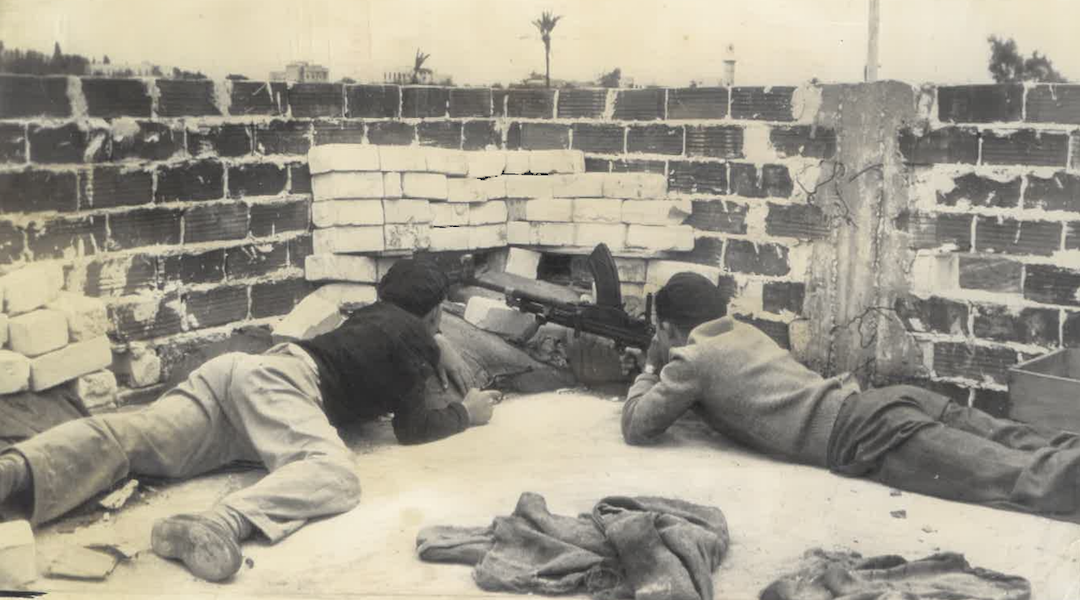 Two Jewish snipers crouching before an embrasure in an improvised “fortress” made of blocks on a Tel Aviv rooftop. (Kedem Auction House) 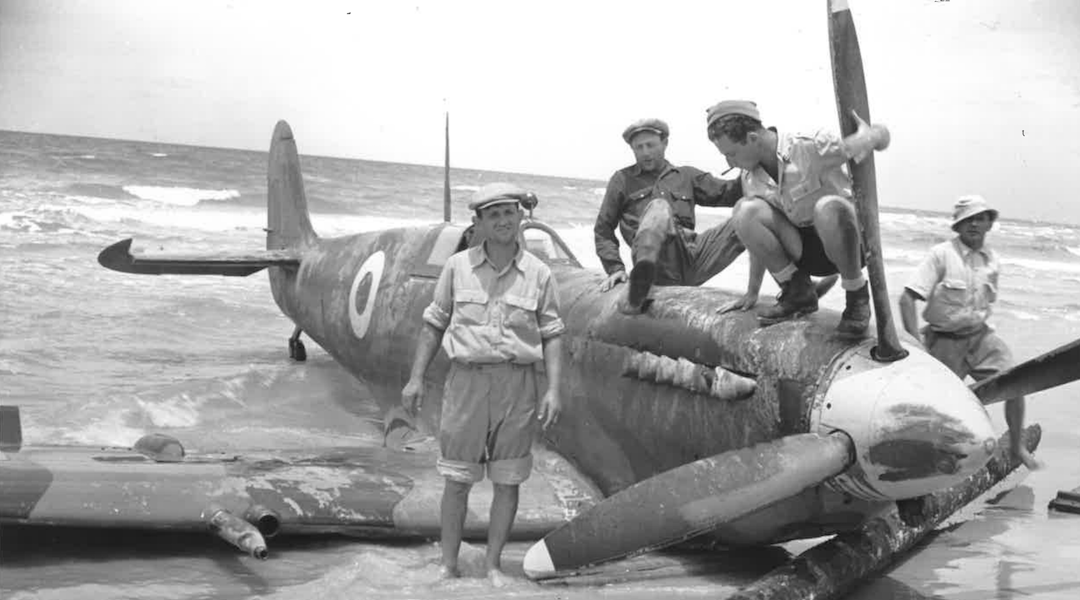 An Egyptian fighter aircraft that was shot down is beached on the Tel Aviv shore. The Royal Egyptian Air Force carried out multiple attacks on Tel Aviv in the early days of the war, although they were largely curtailed after Israel transferred more effective air defenses to the city.  (Kedem Auction House) Arab women and children leaving a “battle area.” The fate of Arabs displaced by the war — and the debate over whether they fled or were expelled — remains an open wound on both sides of the conflict 71 years later. (Kedem Auction House) 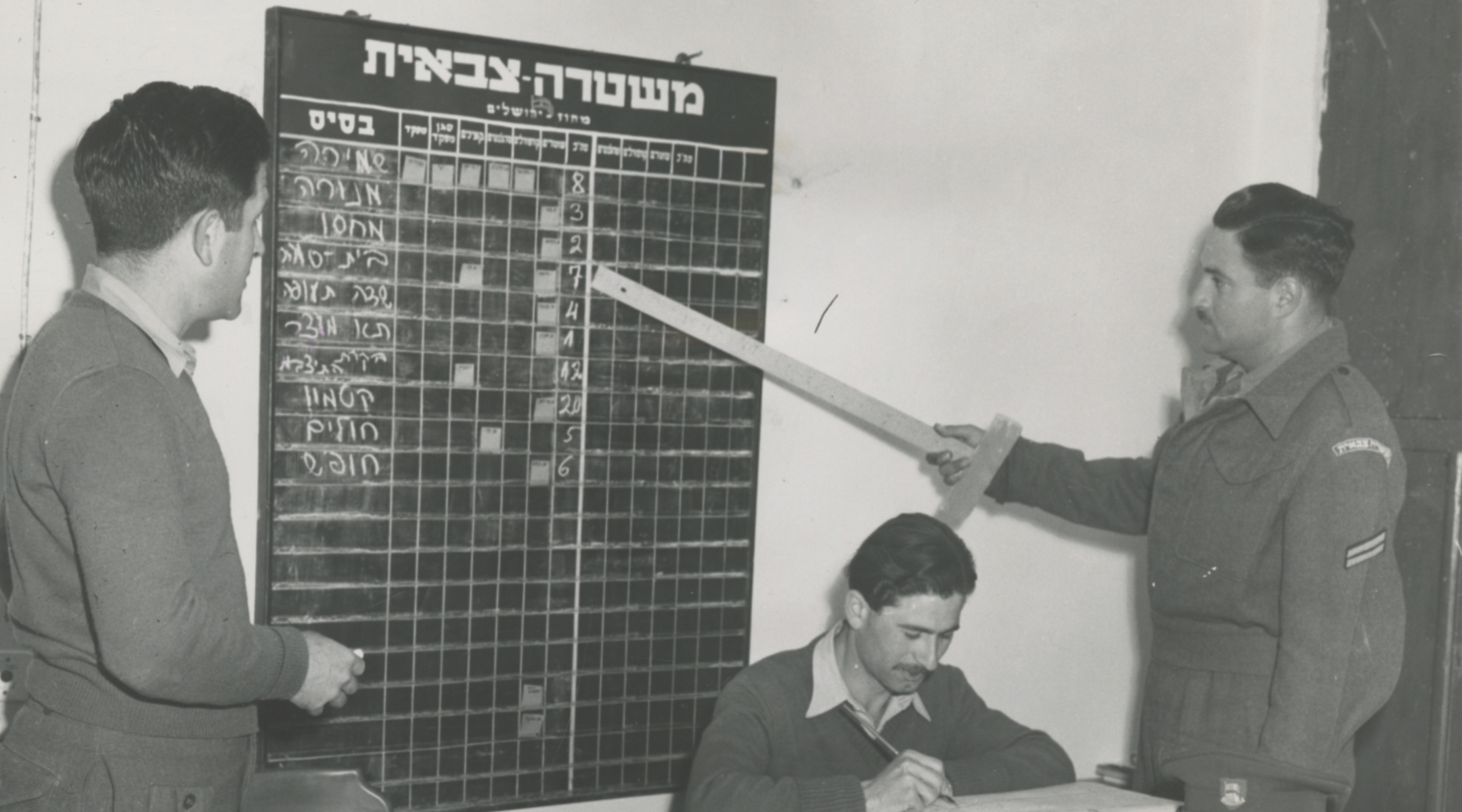 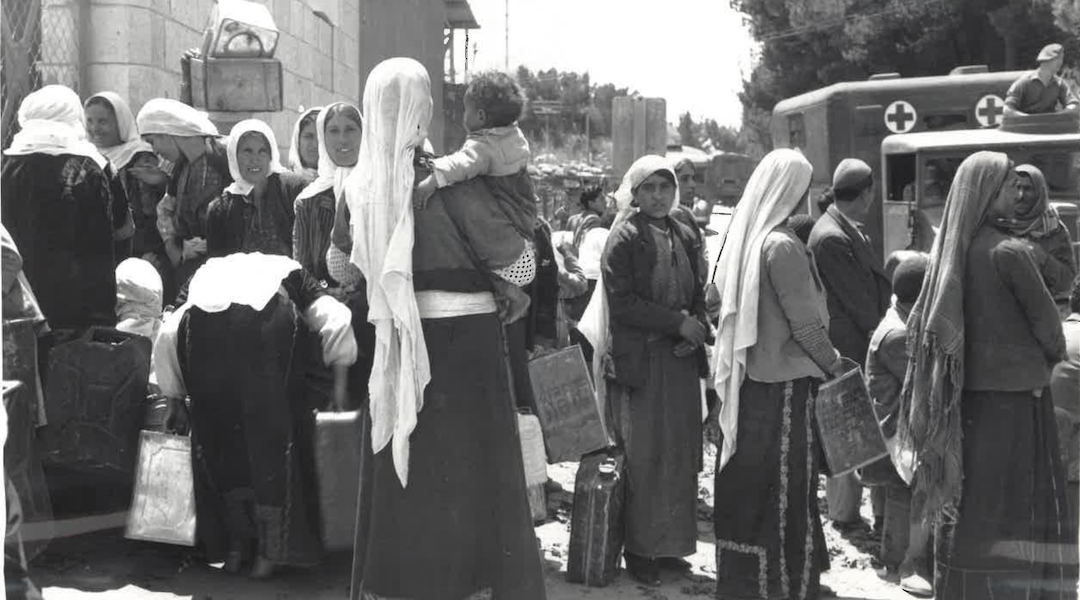 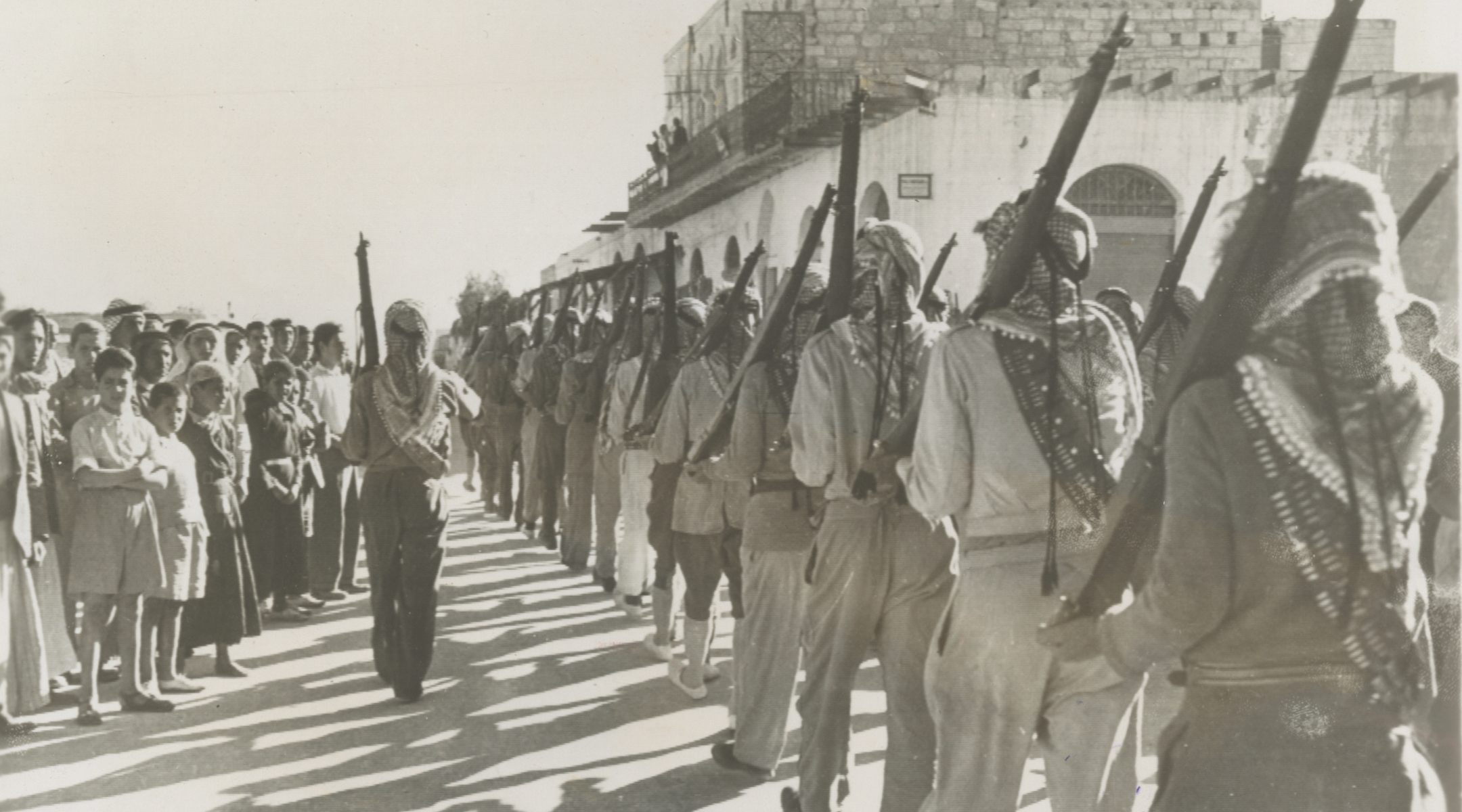 Recruits in the Arab Army of Liberation, a force of volunteers from Arab countries, is seen in Beersheba. Israeli forces won control of the desert city in Oct. 1948 after a fierce battle with Egyptian forces. (Kedem Auction House) 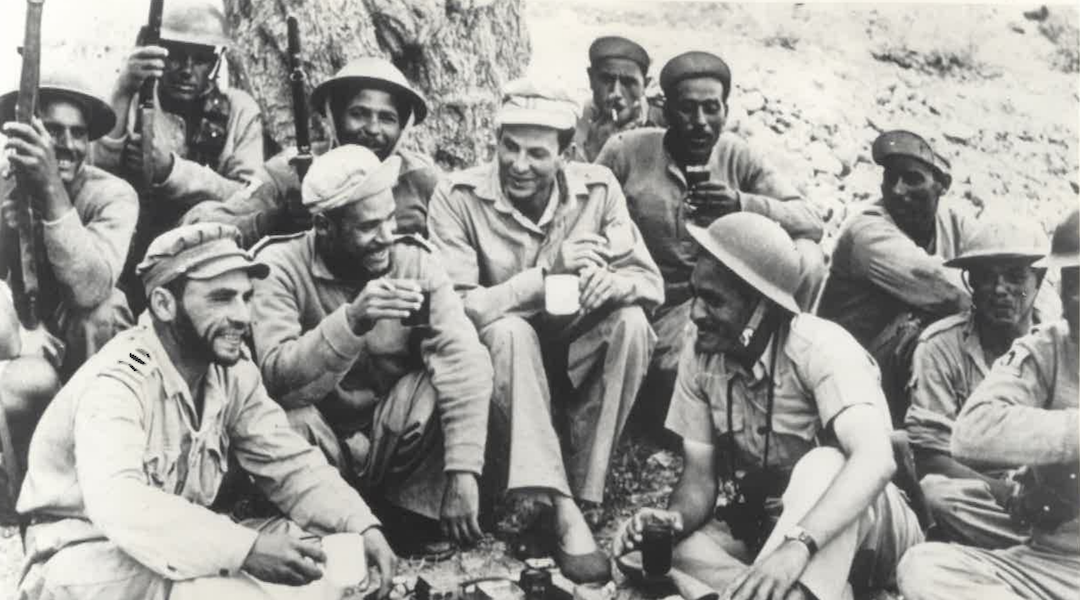 Egyptian fighters relaxing during a temporary truce. Egyptian forces numbered some 20,000 at the height of the fighting. (Kedem Auction House)