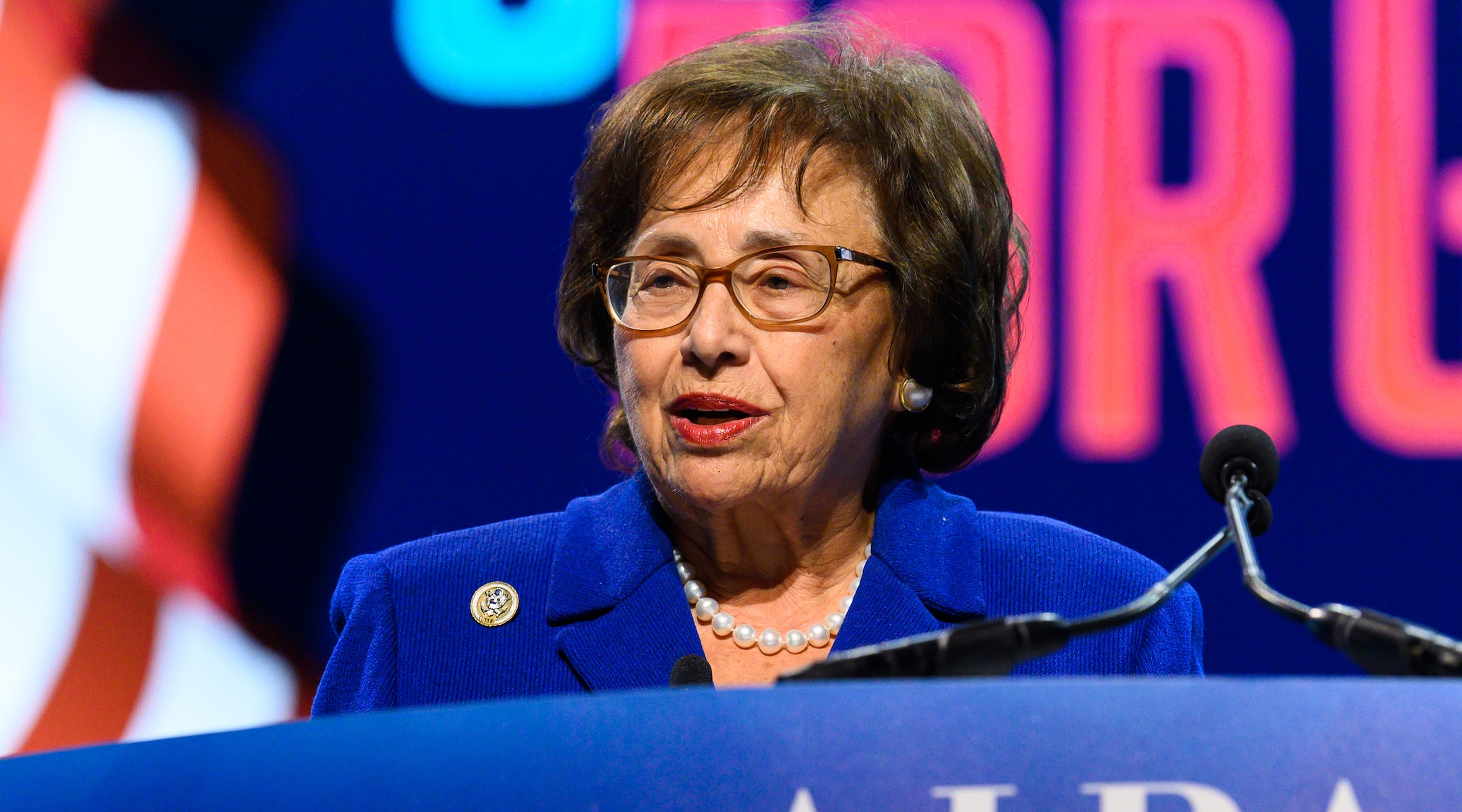 WASHINGTON (JTA) — An array of pro-Israel groups are backing a bipartisan bill that would seed investment in the Palestinian areas and restore funding to peace dialogue programming that the Trump administration removed as a punitive measure against the Palestinians.

The bill reads in part as a rebuke to the administration for ending funding for dialogue groups last year. It also reinforces backing for a two-state solution at a time when the Trump administration and Israeli Prime Minister Benjamin Netanyahu are playing down the prospect of Palestinian statehood.

The bill announced Wednesday has drawn support from groups that are often at odds over peace policy, including the American Israel Public Affairs Committee, which generally aligns with the Israeli government on security issues, and J Street and Americans for Peace Now, which have frequently criticized the Netanyahu government’s and Trump administration’s approaches to the conflict. Other groups supporting the bill include the Jewish Federations of North America and its Israel advocacy affiliate, the Israel Action Network, and the Jewish Council for Public Affairs, an umbrella for Jewish public policy groups.

Leading its introduction are Rep. Nita Lowey, D-N.Y., a pro-Israel stalwart who chairs the powerful U.S. House of Representatives Appropriations Committee, and Rep. Jeff Fortenberry, R-Neb., a member of the committee.

In the Senate, it is being backed by Sens. Lindsey Graham, R-S.C., who chairs the foreign operations subcommittee of the Appropriations Committee, along with Sens. Cory Gardner, R-Col., Tim Kaine, D-Va., and Chris Coons, D-Del.

The bill, which would provide $50 million annually for five years for a “Partnership Fund for Peace,” ostensibly fits in with the peace push spearheaded by President Donald Trump’s son-in-law and senior adviser, Jared Kushner, that emphasizes investment.

Kushner is convening a summit later this month in Bahrain to include investment by Arab states in Palestinian economic development.

“Although economic development is an important tool for stabilizing conflict-prone settings and establishing connections between communities, economic development by itself will not lead to lasting peace,” the bill says in its preamble. “People-to-people peacebuilding programs further advance reconciliation efforts by promoting greater understanding, mutual trust, and cooperation between communities.”

The bill also asserts, “It is the sense of Congress that building a viable Palestinian economy is central to the effort to preserve the possibility of a 2-state solution.”

Lobbying for the bill was spearheaded by the Alliance for Middle East Peace, an umbrella for dozens of Israeli-Palestinian dialogue groups and programs, including educational programs like Givat Haviva, Hand in Hand and Neveh Shalom. ALLMEP swung into action last year after the Trump administration slashed the $10 million these groups get annually as part of the hundreds of millions it was ending in assistance to the Palestinians.

“At a moment when important norms around resolution of this conflict are being eroded, and dehumanizing and violent attitudes —most markedly among the young — are growing, this is a critical ‘win’ for our community, and its collective mission to counter such trends,” John Lyndon, ALLMEP’s incoming executive director, said in a statement Wednesday.

The Trump administration cut the assistance in part because the Palestinian Authority refused to end subsidies to the families of Palestinians jailed or killed for attacks on Israelis, but also because Palestinian leaders opted out of peace talks after Trump recognized Jerusalem as Israel’s capital.

It was never made clear why the Trump administration ended the relatively small amount of funding for dialogue groups, which did not reach the Palestinian Authority. Trump administration insiders have suggested that the programs never proved their efficacy, because there was no Israeli-Palestinian peace. Supporters say the programs aim to tamp down tensions and create opportunities for Israeli-Palestinian interaction and leave peace-making to diplomats.

Israel’s right-wing prioritizes interactions with Palestinian individuals over those associated with dialogue groups, saying the latter reinforce a sense of Palestinian national identity at the expense of peace-making.

Lowey in her release said that one of the purposes of the fund was to lay the groundwork for a two-state outcome.

“Time and time again, Congress has reiterated its support for a two-state solution that leads to two states for two peoples,” she said. “To aid the pursuit of this dream, this bipartisan legislation would stimulate economic development and build community ties between Israelis and Palestinians. There are no shortcuts to peace, and this bill lays the foundation for this generation and those to come to engage in the hard work of peace-building.”

Right-wing figures in Israel have lambasted some of the groups under the ALLMEP umbrella for bringing together former fighters on both sides, and families of victims of violence on both sides, saying it creates a false equivalence between Israeli soldiers and Palestinian terrorists.