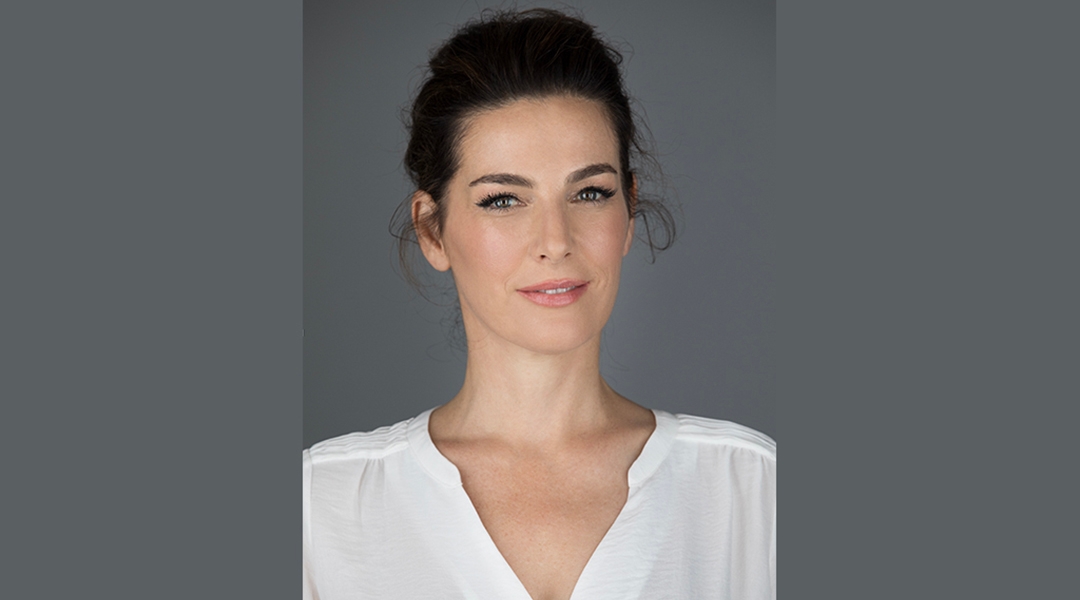 Ayelet Zurer isn’t only one of the best actresses to come from Israel. She’s one of the best you’ll see anywhere. She’s won the Israeli Television Academy Award for Best Actress for her roles in “Hostages” and “In Treatment,” and got a nomination for playing Elisheva in “Shtisel.”

She’s also known for her roles in “Munich” and “Angels and Demons,” as well for her role in “Nina’s Tragedies” for which she won the Israeli version of the Oscars for Best Actress,

She also appears on Netflix as the protagonist in “Milada” a story about a woman who stood up to the Nazis. Now living in Los Angeles,  Zurer, spoke to The Jewish Week about working with Steven Spielberg, her toughest role and whether or not her character was in love in “Shtisel.”

Q: In one powerful final scene in “Milada,” just before your character is hanged, she says she leaves without hatred. Was it difficult to film that scene and how do you think she did not have hatred?

A: I think she was a one of a kind. She came to terms with the notion that she was giving her life for truth and for her brothers and sisters. She was an idealist. For me this was really hard not to just play but also to understand. I had to really dig into what that period of time meant for these people and the sense of camaraderie and responsibility these people had toward each other. She was highly educated and ahead of her time in creating social changes that were unheard of. She was a very strong woman.

Q: Your mother survived the Holocaust by living undercover as a  Christian in a convent. Do you think her experiences during the war had an impact on your life today?

A: It’s a complicated question. I don’t think it had a direct impact on my life. I think her whole childhood had an impact on my life in the sense that she was detached from her past and was not willing to talk about it at all. There’s a sense of an incomplete relationship when your parents are not sharing the experiences of their lives with you. There was always a gap… We had a conversation about faith and identity several times.

Q: In “Hostages” there is a scene where Adam Rubin threatens to kill your son and on the phone with him you are maternal with a sense of urgency and strong, but not hysterical. Do you think your decision to play the character in that way was the reason you won the award?

A: I don’t know what made me win because you never know. There was a complexity. One of the reasons the role was written that way is because it was written for a man. It was developed for a male actor but once they had it laid out they realized maybe it would be more interesting for a female actress. Then I came in. Maybe by doing this we can move away from clichés. I guess there’s something to say about the fact that she’s not hysterical because obviously a man would not be hysterical. I always view her as a detail-oriented person because of her ability as a surgeon so she’s not emotionally drained by this, she’s just thinking really fast.

Q: Tell us about your experience working with Steven Spielberg for “Munich.” Were you nervous working with him? What was the most important thing that he taught you?

A: Steven was, and is, an incredible director but I think more so a great human being. I wasn’t nervous. I was really excited. It was a Cinderella moment for me. One of the things he taught me on set was that he always said to me after a few takes “this will cut like butter.” I realized as he was going, he was already cutting the movie. As an actress, his direction helped because he was so genuine, down to earth and open-hearted, and that set the tone of the relationship between actor and director. Trust is a big thing between an actor and director. You must have trust to show yourself emotionally. You have to be investigative and have a director that allows that. That’s the essence of what he is. He makes you feel safe.

Q: Do you feel pressure in being one of Israel’s best actresses?

A: I don’t feel pressure of any kind and I don’t believe in names. I’m just about to go film something in Israel and it deals with the perception of success and what it means to a person. What is success? Is it fame? How much money you have? How many cars you have? Or the ability to be loved? I tend to go not for the materialistic. My rubric of success is my loved one’s wellbeing. I do have mediation. I don’t put myself in any kind of class of where I’m from.

Q: In “Shtisel” you play Elisheva, a character who seems confused. Do you think she loved Akiva?

A: She was definitely in love with Akiva. Elisheva was very intriguing, maybe one of the more complex ones. She always lies in both places. She’s alive and dead at the same time because of her life experiences. She is in love and un-in-love at the same time. She wants to continue to live and love and at the same time she doesn’t want any life anymore. She would move away from the bus driver who says she looks nice and go away in anger but then sit down and smile to herself. There’s a dichotomy within her.

Q: If her character was back in Season 3, do you think she would be willing to fight for Akiva if it was between her and another woman?

Q: But could she compete with Libbi or another woman?

A: I don’t know if she could compete with them but I think it would be interesting to see what happens to him when he sees her again. Because it’s not just about her. It’s really about him. It would be interesting. Both of them are not really down to earth people. In a sense they’re really right for each other but also very wrong.

Q: I know you met your husband when he was teaching you snowboarding. How did you know that he was the one?

A:  I knew from the minute I saw him.

Q: How did he propose?

Q: Did you ever experience anti-Semitism or any anti-Israel sentiment?

A: I never experienced that. I think people tend to hide their emotions if they have bad ones.

Q: What was the hardest role you had?

A: It would be between “In Treatment” and “Milada?”

Q: What about “In Treatment” was difficult? Did you have to go to therapy to prepare for the role?

A: I did not. I was familiar with therapy to some extent. It was just the type of role of a female who has manic depressive personality and the whole twisted relationship she has with men and with the therapist. It was also a massive amount of lines to learn and I was a really fresh-out-of-the-oven mom. It was a tough one for me.

Q: When people say Israeli actors should be boycotted does it bother you?

A: I never heard that. I do have an American passport so that would be interesting to see what people would say to that. What am I? Both? I try not to go into politics. I try to make sure that everything I do is spiritually intact with what I believe and I choose roles that are representative of humankind as much as I can. I leave all the hatred and haters to themselves. I don’t experience that at all. I have fans from all over the world who are very supportive. I’m not talking just Jews. It’s Christians and Muslims. There’s a lot of people out there that are good and supportive and don’t think of people in black and white terms.

Q: What do you think is the greatest reason for your success?

A: I don’t know. Who knows? Maybe it’s meant to be. I’m hopeful that I’m a good listener and I do good. So if I am serving light, then hopefully there’s a reason this light needs to continue.