It’s Ashkenazi vs. Sephardi Jews in this take on ‘Romeo and Juliet’ 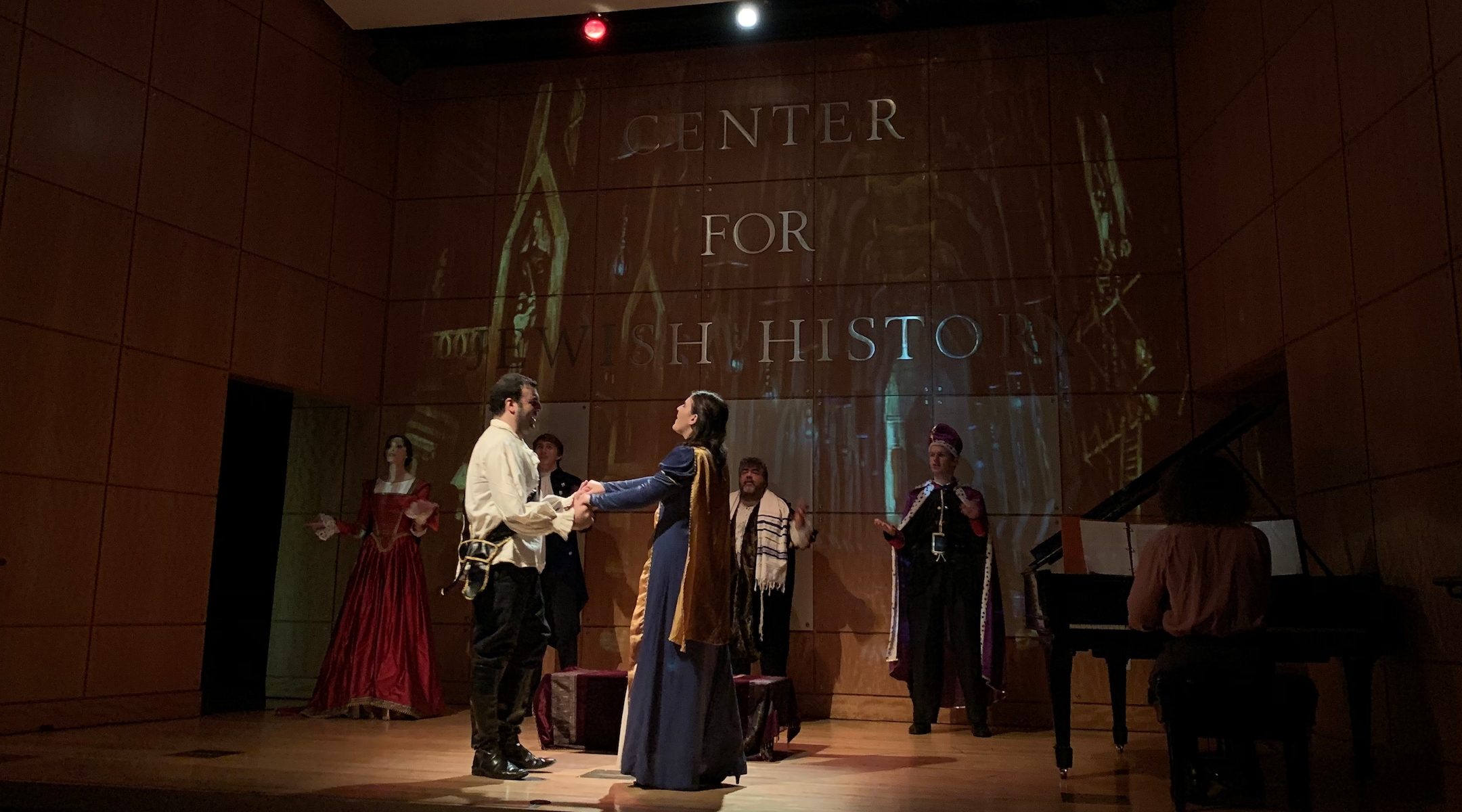 NEW YORK (JTA) — A new production of “Romeo and Juliet” puts a Jewish spin on the classic Shakespearean love story.

Produced by Paris-born opera singer David Serero, the musical is set in Jerusalem and imagines an Ashkenazi Juliet falling in love with a Sephardi Romeo, to the dismay of their families.

The official opening night of the production at the Center for Jewish History here is Sunday, although this reporter attended a preview on Thursday.

Serero, who produced and wrote the adaptation, also plays Romeo in the six-person cast. Jewish jokes are rife.

Instead of Shakespeare’s Friar Laurence, the priest who secretly marries the lovestruck teens, there is a tallit- and kippah-wearing Rabbi Laurence.

Romeo’s mother plays off the Jewish mother stereotype and worries about her son being too thin and losing his hair. And Juliet’s dad seems preoccupied with the money he spent on what he thought was his daughter’s wedding to Rabbi Mordechai, the man he wanted her to marry.

This “Romeo and Juliet” production also includes songs in Ladino, Yiddish, Hebrew, Russian and English — including a new take on pop star Ariana Grande’s hit “thank u, next.”

Serero said he was aware of the fact that in the early days of the State of Israel, there was tension between Ashkenazi Jews, with their roots in Germany, France and Eastern Europe, and Sephardim, whose ancestors were from Spain, Northern Africa and Muslim countries. At that time, marriages between the two communities were considered taboo, though today the groups mix more readily.

But he chose to make Juliet Ashkenazi and Romeo Sephardi mostly because he wanted to show off the two rich cultural traditions, including by featuring songs in a range of languages.

“I wanted to show the cultures, whether it’s in the humor, whether it’s through the songs,” he told the Jewish Telegraphic Agency.

The show is the result of a collaboration that started in 2014 between Serero and the American Sephardi Federation, which is hosted at the Center for Jewish History in downtown Manhattan.

As part of the project, Serero has adapted a range of classical plays, including William Shakespeare’s “The Merchant of Venice” and “Othello,” as well as others such as Edmond Rostand’s “Cyrano de Bergerac.”

Leonard Bernstein and three other Ashkenazi Jews famously adapted “Romeo and Juliet” as the Broadway musical “West Side Story” and originally conceived the warring sides as Jews and Catholics. (Arthur Laurents, who wrote the book, felt it would be more relevant if it became about Puerto Rican and white street gangs.)

Serero, whose family has roots in Morocco, likes including Sephardi elements in Jewish theater.

“For the arts, especially the performing arts, the theater, that was mostly an Ashkenazi thing,” he said, “so I want to take all these classics but show my Sephardic chutzpah.”

The production runs through June 23 at the Center for Jewish History. Tickets are available online for $26.