The Catholic Church has finally gotten serious about handling sexual abuse. Here’s what Jewish institutions could learn from the process. 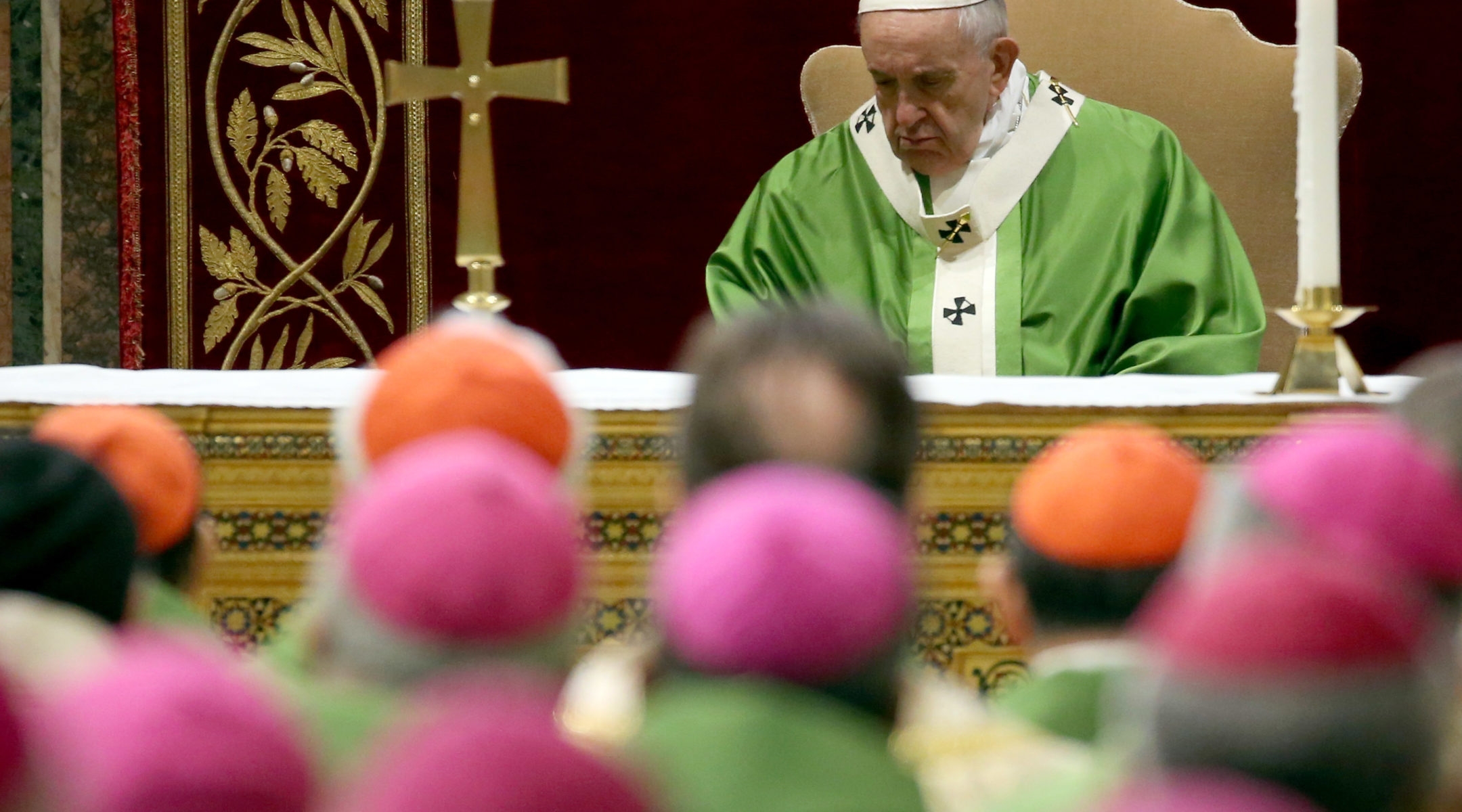 Pope Francis, flanked by cardinals and bishops, attends a closing Mass of The Protection of Minors in the Church meeting in Vatican City, Feb. 24, 2019. (Franco Origlia/Getty Images)
Advertisement

WASHINGTON (JTA) – In May, Pope Francis issued a detailed ruling on how officials in the Roman Catholic Church must handle cases of clerical sexual abuse, the first official codification of the church’s global policy.

Though abuse survivors have criticized the pope’s ruling as not strong enough and for being approved only “ad experimentum for three years,” his statement is thorough about how abuse allegations should be handled and powerful given the backing of the head of the Catholic Church.

Yet the news-making statement reflects not a change in priorities, but a move toward further public accountability in the Church’s decades-long grappling with allegations of abuse.

There is no equivalent to a pope in the Jewish world, no centralized body that can make sweeping pronouncements about how sexual abuse and harassment should be handled. But there is much Jewish professionals and all religious professionals working on improving our communal response to sexual abuse can learn from how the pope’s recent decision transpired.

In the aftermath of the 2002 Boston Globe Spotlight investigation, a number of archdioceses in the United States began to professionalize their response to accusations of abuse – some to a much larger extent than the pope announced last month.

It wasn’t just a matter of doing what was right, but an act of ensuring their very survival. According to a 2018 article in the National Catholic Reporter, “over the last 14 years, 19 Catholic dioceses and religious orders in the United States have filed for bankruptcy protection because of the clergy sexual abuse crisis.”

New York City, home to one of the largest archdioceses in the country, has created a position to handle complaints staffed not by a priest, but by a former federal prosecutor. 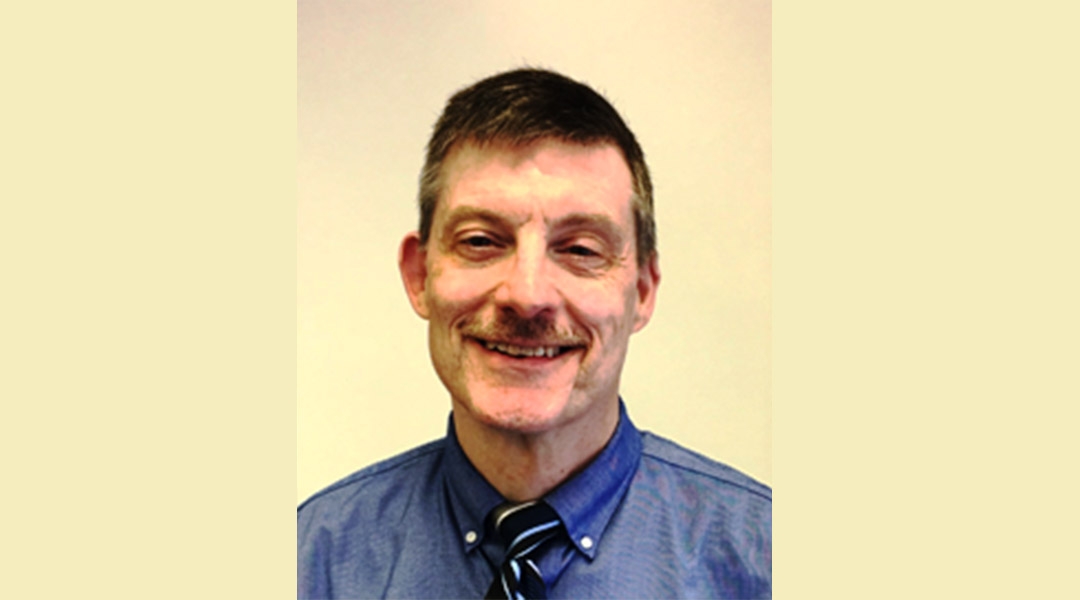 I first spoke with Edward Mechmann, director of public policy at the Archdiocese of New York and the director of the Safe Environment Office at the archdiocese, three years ago as a source for another article and several more times in May while reporting this piece.

While he is a practicing Catholic and employed by the archdiocese, it’s clear that he doesn’t view himself as a cleanup crew for deviant priests. For the past 14 years, Mechmann’s role has included conducting training and background screening of everyone who works with children, as well as assisting in the archdiocese’s response to incidents of child abuse.

An equivalent role does not typically exist in Jewish communal institutions. When there are allegations of abuse, lawyers are quickly called in to deal with the fallout. Time and again, our typical approach is to offer the accused rabbi or teacher a leave of absence while both the school or synagogue and the accused party lawyer up. Meanwhile, congregants, parents and students are asked to withhold judgment and avoid asking too many questions.

Contrast that tight-mouthed legal response to how the Catholic Church in New York now handles any inappropriate behavior involving minors. Late last year, when an auxiliary bishop was faced with allegations, Cardinal Dolan, the archbishop of New York, issued a letter that did not hold back any punches. It clearly stated that an allegation of sexual abuse against a minor had been brought forward and that a Lay Review Board had “carefully examined the allegation, which concerns incidents from decades ago, and concluded that the evidence is sufficient to find the allegation credible and substantiated.”

A letter to the accused bishop’s congregation also detailed that anyone with additional allegations or concerns should reach out to the victim assistance coordinator or the Bronx district attorney.

It wasn’t always like this, though changes have been coming across the United States for some time, Mechmann told me.

“We were obviously long aware of the [sexual abuse] problem,” Mechmann said. “But it was in the aftermath of the revelations about abuse in Boston that everything changed.”

In 2002, the U.S. Conference of Catholic Bishops adopted a Charter on the Protection of Children and Young People, which established many of the protections the pope described in his 2019 ruling, as well as requiring an annual audit of the implementation.

“After the adaptation of the charter, the number of contemporary abuse allegations has dropped dramatically and we really have seen a significant change in the corporate culture, “ Mechmann told me. “We have also set up a compensation program for victims, and we’ve published a list of the priests against whom there have been credible allegations.”

A Pew survey this month reflects just how urgently this reform is needed: 69 percent of Catholics surveyed agreed that “abuse by Catholic clergy is an ongoing problem,” 27 percent report attending Mass less often because of the reports of abuse and misconduct, and 26 percent report having scaled back donations to their church/diocese.

The survey also found that Americans are pessimistic about the ability of any religious institution to contain sexual abuse: 34 percent responded that “sexual abuse of children is more common among clergy and other religious leaders compared with other adults who work with children,” and 57 percent think it is just as common.

Though there have been significant and public missteps along the way, the Catholic Church in many ways has learned from its mistakes and developed protocols and procedures to handle abuse allegations in order to ensure their survival.

The Jewish community has, unfortunately, not had the same public reckoning.

Prior to October 2017, when stories about sexual harassment within the Jewish community exploded, Dr. Guila Benchimol, a sociologist who specializes in sexual victimization in religious communities with a focus on Jewish communities, told me that there had been conversations about an accreditation system within the Jewish world, including centralized reporting and accountability structure – but they have not yet come to fruition.

An accreditation organization composed of professionals in law enforcement, criminologists and mental health professionals from different denominations could help draft guidelines for abuse prevention, take complaints or even create a list of organizations it deems have adequate protections in place. Such a centralized body could also make it harder for a predator to move through Jewish communities and organizations undetected.

But even without a centralized body, there are several steps Jewish organizations can and should take.

Before abuse is ever reported to a synagogue or organization, Jewish institutions must create clear guidelines – in consultation with abuse prevention experts rather than rabbis – for screening their staff, providing safeguards against abuse and handling abuse allegations.

Jewish institutions must also commit to a policy of transparency: The primary concern cannot be containing liability but the needs of victims.

At the beginning of our conversations about the responses in the New York dioceses three years ago, Mechmann made clear what was at stake when his office handles abuse allegations: “The act of abuse is often less damaging [to the victim’s faith] than the Church’s response. If the Church itself doesn’t respond appropriately, it disillusions more.”

If Jewish religious and communal organizations have any hope of avoiding the devastating toll that abuse takes on the faith and trust of their congregants, adopting some of the Church’s policies would be a good place to start.