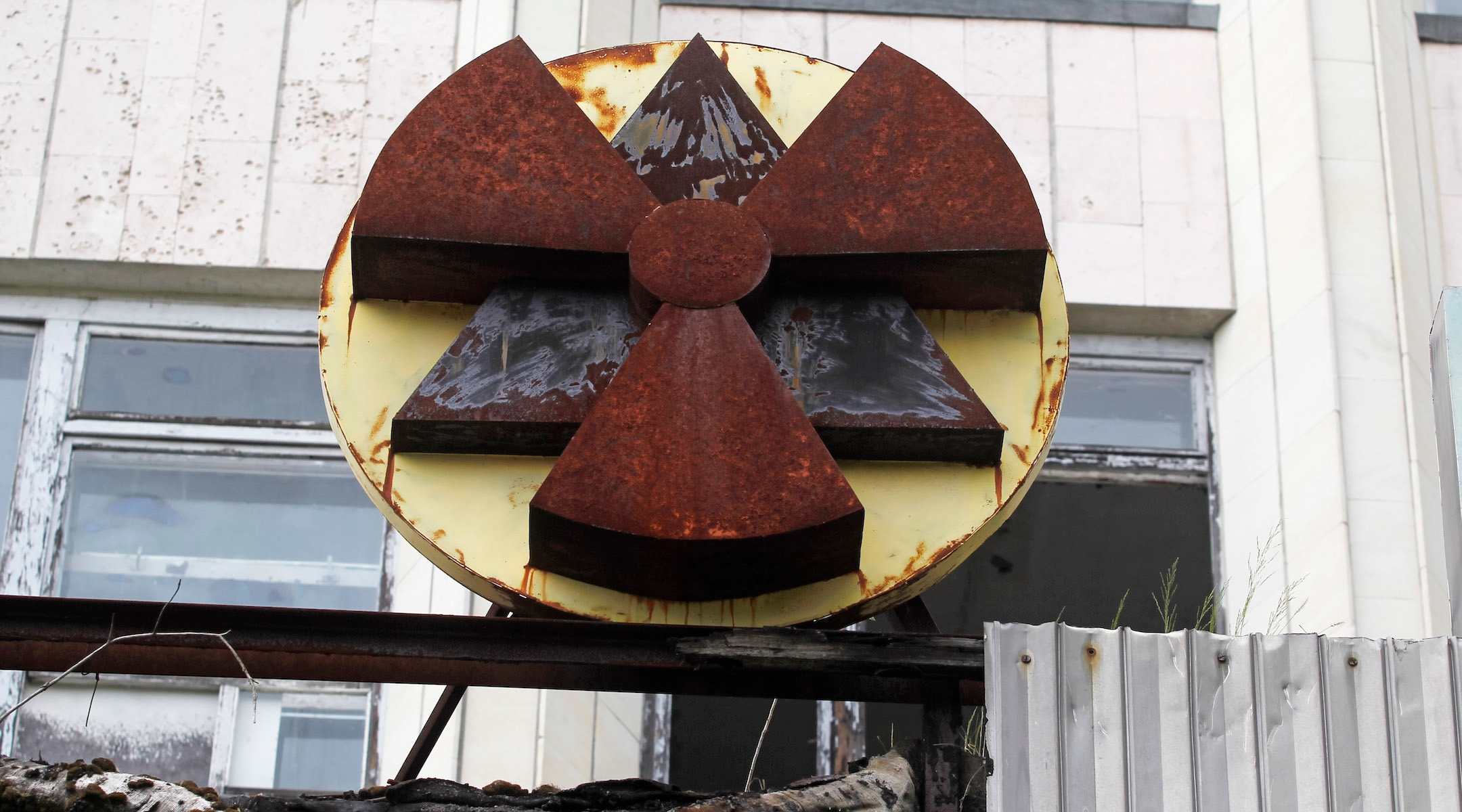 A new HBO series portrays the Chernobyl nuclear disaster and aftermath. This image shows a building at the Chernobyl exclusion zone in the abandoned city of Pripyat, Ukraine. (Pavlo Gonchar/SOPA Images/LightRocket via Getty Images)
Advertisement

(JTA) — The HBO historical drama “Chernobyl,” which dramatizes the events surrounding the 1986 nuclear explosion in the now-Ukrainian city, has generated plenty of buzz around the world. In addition to garnering critical acclaim, the series has renewed conversation about the incident and even spiked tourism to the area of the disaster.

The HBO show is also a bit of a hit in Israel, as it’s getting a second run on Israeli TV next month.

Estimates of the event’s death toll vary widely, from 4,000 to more than 93,000. Many more suffered adverse health effects as a result of radiation poisoning. Today the area remains one of the most contaminated by radiation in the world.

Chernobyl’s aftermath also can be felt in Israel. Some 5,000 “liquidators” — those called in to deal with the explosion’s aftermath — moved to the Jewish state in the early 1990s, and 1,500 are still alive and remain residents today.

There’s even an Israeli law that gives the liquidators rights to public housing, a one-time grant and medical treatment in a special facility. But while the Knesset passed the law in 2011, the government has yet to implement it, former Knesset member Ksenia Svetlova wrote in an article earlier this month in The Times of Israel.

During her Knesset tenure from 2015 to 2019, Svetlova, who is Russian, sought to understand why the law had yet to be implemented. She was shocked by some of the answers she received.

“[T]he most outrageous response of all was from Deputy Health Minister Yaakov Litzman, who told me that ‘research does not prove that the Chernobyl disaster liquidators suffer from illnesses as a consequence of their work at the reactor,” Svetlova wrote. “Most of them are smokers, and it is possible that cancer in their cases is a consequence of that smoking.'”

Svetlova, who represented the Zionist Union center-left bloc, has called on Israel to address the needs of the remaining liquidators.

“I can only hope that the renewed interest in the greatest ecological disaster of the twentieth century will eventually lead the media to focus not only on the horror stories of the two-headed chickens and the prematurely lost teeth, but also on the actual lives of 1,500 Israelis who live here,” she wrote.

The series has also raised questions in Israel about the country’s nuclear research center outside the city of Dimona, in the Negev Desert (Israel has long denied that the plant houses nuclear weapons). As the Times of Israel points out, some worry about Dimona’s aging nuclear core.

But experts say Israelis needn’t be overly concerned: While the site has vulnerabilities, its scale and the type of work done there differs from that of Chernobyl, so any potential damage would be nowhere near the 1986 incident.