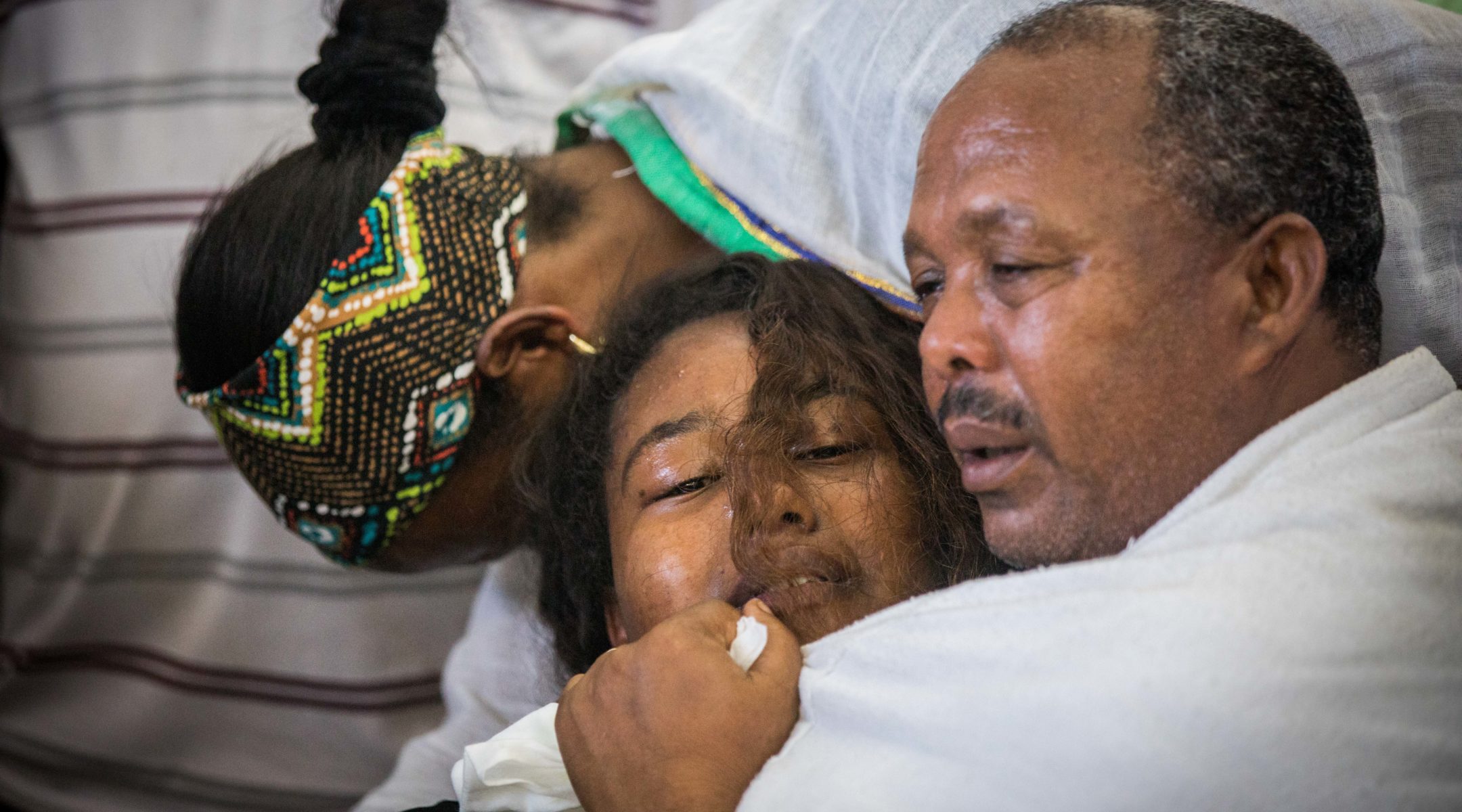 Family and friends mourn at the funeral of Solomon Tekah, outside Haifa, July 2, 2019. (Yonatan Sindel/Flash90)
Advertisement

JERUSALEM (JTA) — An investigation into the shooting by an off-duty police officer that left an Ethiopian-Israeli teen dead has confirmed that the officer fired at the ground and that the bullet ricocheted into Solomon Tekah’s body.

The family of the killed 19-year-old on Monday asked the Justice Ministry’s Police Internal Investigations Department to see the ballistics report and autopsy report.

The investigation appears to corroborate the officer’s claim that he shot his gun after feeling threatened while attempting to break up a street fight in the Haifa suburb of Kiryat Haim, in northern Israel on June 30. The officer, whose family was with him at the local park when the shooting took place, remains under house arrest and his name under a gag order.

Tekah’s family visited his grave on Monday to mark the end of the seven-day shiva mourning period.

After two days of sometimes violent demonstrations last week immediately following Tekah’s death, his family asked that the demonstrations be put on hold until after shiva.  On Sunday, a family spokesman said that Tekah’s father, Worka, said that protests should continue but “without violence, in a peaceful way.”

Israeli media reports said Monday that it is unlikely that the officer will be charged with manslaughter, as had been expected, and that he could face lesser charges or disciplinary action instead.

The Tekah family and the Ethiopian-Israeli community have called for manslaughter charges to be levied. “I put my hope in the country’s judges and it is their responsibility to ensure justice is done. I paid a heavy price, the community paid a heavy price,” Worka Tekah said Monday at his son’s grave.

Police have been accused of racism and brutality against Ethiopian Israelis. In January, thousands of demonstrators protested in Tel Aviv following an incident in which police shot and killed Yehuda Biadga, 24, a mentally ill Ethiopian-Israeli man who police say charged an officer while brandishing a knife. A 2015 demonstration at Rabin Square in Tel Aviv, following the beating of an Ethiopian-Israeli soldier by two police officers, ended violently as police attempted to quell rioting by thousands of demonstrators.