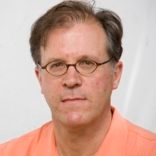 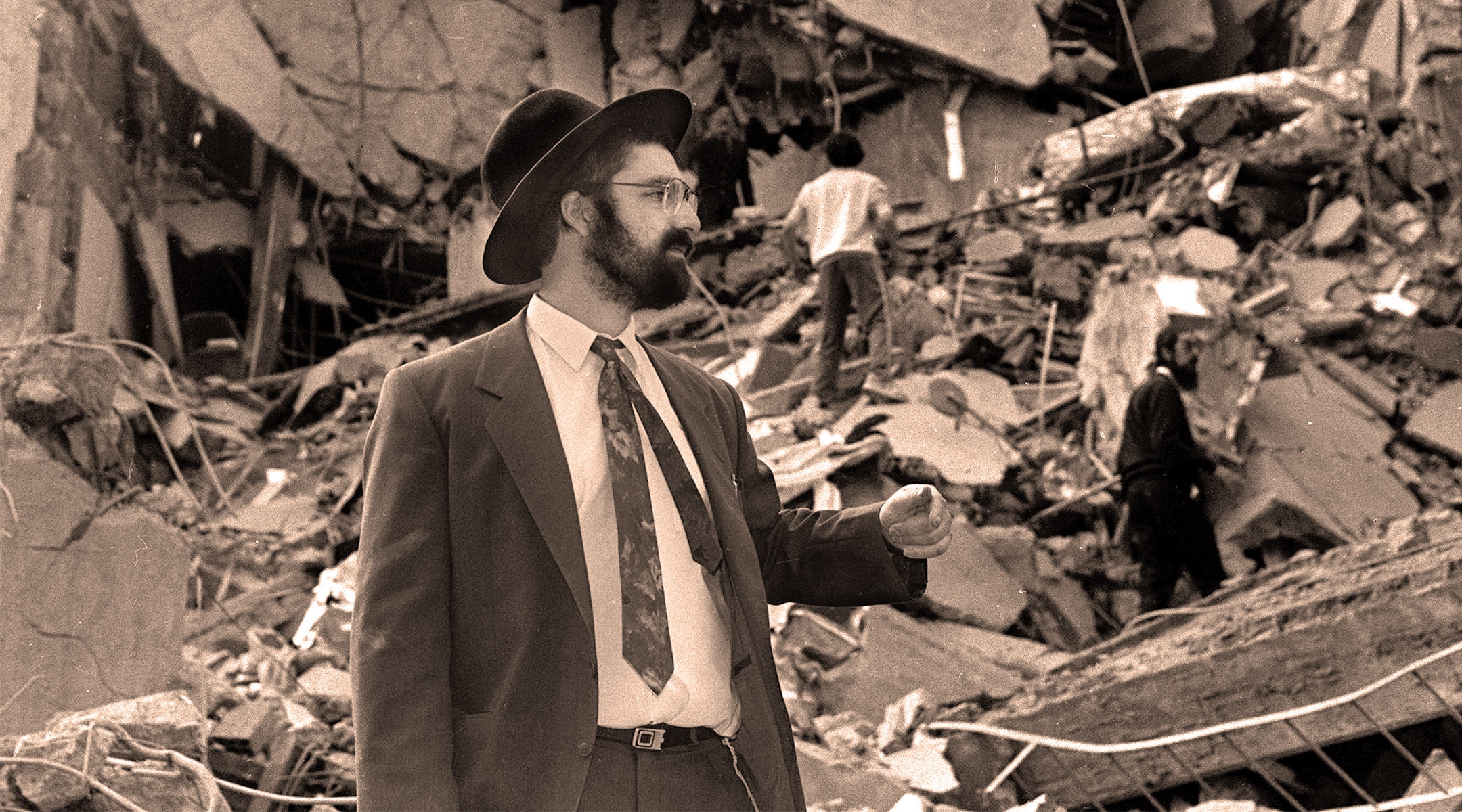 A man walks over the rubble left after a bomb exploded at the AMIA Jewish center in Buenos Aires, July 18, 1994. (Ali Burafi /AFP/Getty Images)
Advertisement

With nearly 200,000 Jews at the time, from various religious and ethnic backgrounds, Latin American had the third largest Jewish population after Israel and the United States. At 9:53 on the winter morning of July 18, 1994, these relatively quiet, laissez–faire communities — in a region not known for openly acknowledging the existence of any type of dangerous local anti-Semitism — came face to face with their own vulnerability.

In spite of how far they were from the Middle Eastern conflict, the tragedy placed them firmly within its orbit. It quickly became clear that the terrorists were Iranian operatives with connections to the then-president of Argentina, Carlos Saul Menem, who was of Syrian descent. In March 1992, there had been a terrorist attack at the Israeli Embassy in Buenos Aires. Like the pre-9/11 attack in 1993 against the World Trade Center, it is now seen as a foreshadowing of what was to come.

The immediate reaction in the Hispanic Jewish world to the attack on the Asociación Mutual Israelita Argentina was one of tightening up. Long-lasting security measures were implemented in schools, synagogues, and sports and cultural centers, not only in Argentina but in Mexico, Chile, Colombia, Brazil, Venezuela and other countries. If you were a visitor eager to attend services, for instance, you could no longer simply show up at the door. Proper documentation was now required, often months in advance. Likewise, armed police were stationed outside the premises. Guards accompanied rabbis and other Jewish leaders on the street.

More important, the region’s anti-Semitism was now seen under a new lens. In particular, there was distrust. After all, Latin America has the largest concentration of Palestinians outside of the Middle East. Like Jews, they are largely a peaceful minority. No doubt there are extremists on both sides.

But the jolt went further. After the AMIA tragedy, it became obvious that Hispanic anti-Semitism needed to be understood in its own terms. While its roots were linked to the same type of ancestral anti-Jewish hatred in Europe, the United States and the Arab world, the specific forces shaping it in Argentina, Venezuela and elsewhere in the area showcased a unique metabolism, aligning themselves to international anti-Semitic trends while also responding to local conditions that fostered them.

It had started in the colonial period, when the Spanish Inquisition persecuted lapsed New Christians and others it portrayed as heretics. It had gone on during the anti-immigrant fervor of the early 20th century, reaching a climax in Buenos Aires during the Semana Trágica of 1919, the first and only pogrom ever to take place in the Americas, in which Jews were targeted because they were considered to be communists and anarchists. About 700 people died.

The AMIA attack propelled the career of anti-Semitic ideologue Norberto Ceresole to new heights. Ceresole, an Argentine who became an adviser and confidant of Venezuelan strongman Hugo Chavez, argued that it was Israel and Argentine Jews who had orchestrated the AMIA explosion in order to create empathy from others, as well as to advance their financial and political influence in Latin America. Ceresole and others were partially responsible for the mutation of anti-Semitism to anti-Zionism in the Spanish-speaking world, portraying Israel as the world’s satanic representative in the Southern Hemisphere and Latin American Jews as its tool.

Other post-1994 connections include the re-emergence of neo-Nazis in Paraguay, Brazil, Bolivia, Chile and Argentina. One of their theoreticians was Miguel Serrano, a friend of C.G. Jung and the author of “The Visit of the Queen of Sheba” (1960), who in numerous volumes argued that Adolf Hitler was scheduled to be reborn in Latin America. Serrano’s rhetoric found a following among the children of former Nazis and other Germans who immigrated to South America as part of the so-called “rat route” that enabled Adolf Eichmann, Josef Mengele and other SS officers to escape once World War II concluded. Like Ceresole, Serrano saw the AMIA attack as the advent of a new age in which Latin American Jews were tools to implement Israel’s influence in the Southern Cone.

Indeed, in the aftermath of the Eichmann kidnapping by Mossad agents in Buenos Aires in 1960, underground Jewish self-defense organizations had been active in Argentina, Chile, Venezuela and Mexico, among other places. The AMIA attack brought the need to re-evaluate these strategies. An in-depth examination of the life of Mauricio “Tata” Furmanski, the recently deceased Zionist leader (born in 1928, he saw himself as a modern Maccabi) will allow a fuller, comprehensive understanding of the orchestration of these self-defense entities before and after 1994.

Personally, the attack made me aware of my own role as Jewish-Mexican scholar and public intellectual in the United States. I realized knowledge about the history of Latin American Jews was frighteningly limited outside of the region. It was time to open people’s eyes to the history of crypto-Jews in the New World, to anti-Zionism in the Americas and to the latent yet dangerous voice of neo-Nazis in the region. By expanding people’s horizons on what makes Latin American Jews tick and under what circumstances they live, their role in today’s zeitgeist would be taken more seriously.

In short, the AMIA attack was a wake-up call. After 1994, it is clear to Latin American Jews that anti-Semitism, at times ignored and exaggerated, is a clear and present danger linked simultaneously to the region’s ultra-right and ultra-left factions. The community realized that no matter how peripheral you might consider your country to be, globalism sucks you in. To adequately combat anti-Semitism, both homegrown advocates and international links must be understood.

Ilan Stavans
is Lewis-Sebring Professor of Humanities, Latin America and Latino Culture at Amherst College, publisher of Restless Books, and host of the NPR show In Contrast. His book The Seventh Heaven: Travels through Jewish Latin America (Pittsburgh) will be published in October.
The views and opinions expressed in this article are those of the author and do not necessarily reflect the views of JTA or its parent company, 70 Faces Media.