Meet Iris, the Jewish Icelandic singer with the voice of an actual angel 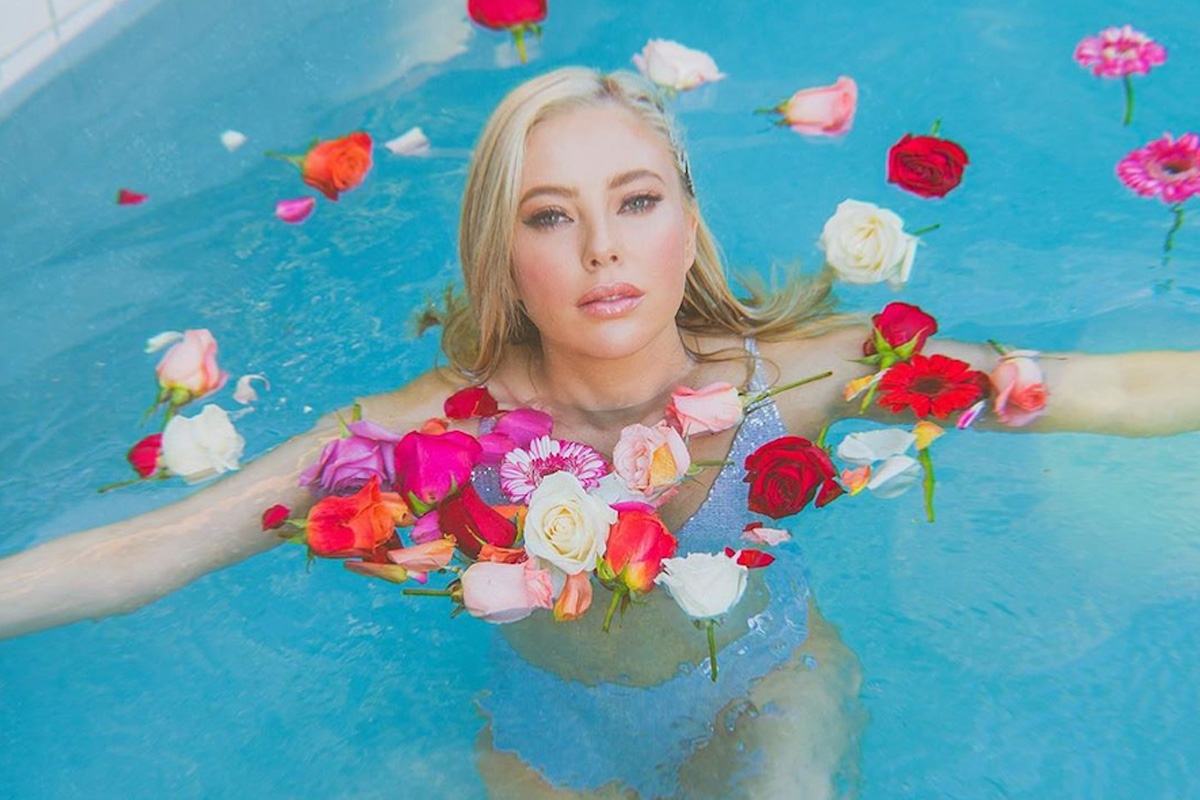 I met Iris before her first solo show in the green room at the Bootleg Theater, an unsuspecting warehouse turned venue in Los Angeles that has hosted a gaggle of versatile artists from Pussy Riot to John Mulaney. The 32-year-old Jewish Icelandic singer was dressed to the nines in gorgeous knee-high snakeskin boots, a tight skirt and puffy sleeves, but the atmosphere in the room felt totally chill. Turns out Iris had been at the theater about four years prior on a residency with Linus Young, a two-person band alongside Joseph Walker and produced by her Grammy-winning, Frank Ocean-collaborating producer (and also life partner) Malay Ho, who was now in the corner of the room doing producer-y things.

“It’s nice to be back out doing it on my own,” Iris says, but she’s “a little nervous.” Although she has years of experience performing, starting with a ska band in high school and eventually opening for bigger bands like Th 1975 with Young, this is the first solo venture for the New Jersey native, but you wouldn’t be able to tell from her chops.

Is it silly to say someone has an angelic voice?

Well, so be it. Iris has the voice of an angel. Like the voice you wish the cantor at your childhood synagogue had but they truly, unfortunately did not. Iris has wanted to be a singer since she was still being reminded to wash her hands after using the big girl potty. Her mother likes to reminisce about a 3- or 4-year-old Iris belting Mariah Carey while standing on their coffee table at home. According to some rare home videos, she even had pitch back then.

This choice of career path starting at such a young age may have had something to do with Iris’ super supportive parents, who happened to always be listening to some great tunes. Iris walked me nostalgically through some of the artists her hip young father would blast on their early morning trips to a New Jersey beach for coffee and bagels — Led Zeppelin, Van Halen, Alice in Chains. As a young dad, “practically a kid himself,” he had his finger on the pulse of “whatever was cool back then.” That’s how we got a 4-year-old Iris singing along to “Running with the Devil” much to her mother’s chagrin. She grew up admiring these iconic performers, as well as classic ’90s greats like Carey, the Spice Girls and Ace of Base (“I listened to them the other day and thought, damn, these songs are good.”) Iris’ dad is your classic New Jersey Jew, but her mother is the only person from her family to leave Iceland for the United States. Iris has a lot of wonderful memories from spending summers in Iceland, drinking actually clean water from mountain springs and horseback riding. Iceland wasn’t quite as popular a vacation destination back then — she describes how kids at school always thought it was such an odd summer vacation choice — but the visits to a place filled with such natural beauty helped to turn Iris into the ephemeral solo artist she is today.

Though Iris’ parents were bar mitzvahed and confirmed respectively in their own faiths, they didn’t “put any of that” on Iris or her younger sister. During the winter holiday time, their home had a Christmas tree, a menorah and shoes in the window for the Icelandic “Yule Lads” to place candy for the good and potatoes for the bad. The family followed Jewish traditions of celebrating Hanukkah and Rosh Hashanah, attending cousin’s bar mitzvahs and sitting shiva for the untimely death of Iris’ grandmother to Parkinson’s. She speaks fondly of introducing Malay to matzah ball soup, but mainly the religion in Iris’ secular childhood was music.

Coming soon ⭐️❤️ happy Memorial Day / grateful for the men and women who fought to keep us free and sacrificed their lives so we can keep doing the things we love . ❤️ #bts

A religion tends to call for a temple, and for Iris, her temple is her music videos. As an indie artist without a label, her 8 millimeter videos are DIY with a vintage feel and the locations are chosen with great care. The video for her first single, “Crazy,” was shot at the Grand Arcade in Asbury Park, a beach town “down the shore” in New Jersey, about 20 minutes from where she (and Bruce Springsteen) grew up. Iris explained that her first shows were at Asbury Park venues The Stone Pony and the Saint, so it “only felt right, as my own artist under [my] own name, to have something that was meaningful and connected listeners to me and that backstory.”

On the other hand, the video for “Wait,” a quintessential it’s-hard-to-break-up song, is set in California’s super bloom of wildflowers. Iris wanted the openness of the field to represent the openness of having this type of conversation with an ex.

“It’s like, wait, hang on, this conversation is hard and you have to be open” she says.

Places matter to Iris: Someday, she’d like to shoot a video in Iceland.

By the time I actually got to hear Iris perform, I felt like I should have been at a secluded beach campground reclining in a hammock. Or maybe off in some fairy world … her voice could transport anyone to a faraway land. She belts out the line, “When your eyes fell on mine, freed my butterflies from their cocoon,” perfectly describing the exciting and life-changing throes of new love. I may have been standing in the dark with a bunch of other young-somethings at a hip venue, but I was taken right back to a more innocent time when I felt “not crazy, just crazy about” my loved one.

The music itself has synthy Icelandic vibes — you can hear her affection for fellow Icelandic musicians Bjork and Sigur Ros, especially in hits like “Wait” and my personal favorite, “Crazy,” which was featured on Netflix’s “Santa Clarita Diet.” Behind her, black-garbed musicians played her songs passionately in front of “Wizard of Oz”-inspired poppy visuals.

Meeting Iris and seeing her first solo show felt like one of those “I knew her when” situations. With her powerful lyrics and unique sound, it feels almost inevitable that she will be a star. And when that does happen, she jokes that she’ll “have a dog farm and just adopt a bunch of dogs and have somebody help me take care of them.” I personally can’t wait to visit.