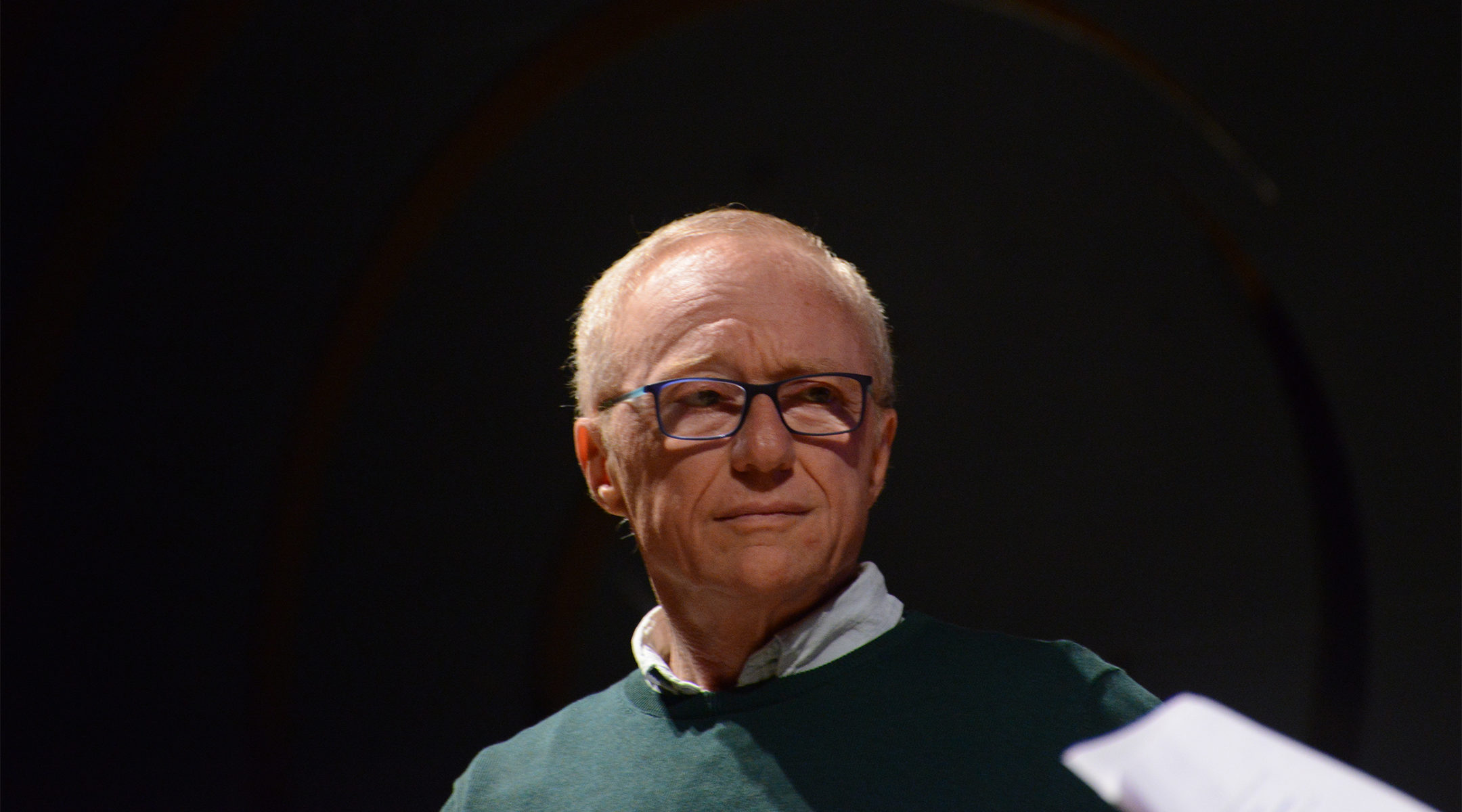 (JTA) — Those close to Dvir Sorek, the 19-year-old student who was murdered Thursday in a West Bank terrorist attack, described him as a unique young man.

One of his friends from the West Bank settlement of Ofra, where Sorek’s family lives, described him to Ynet as “an upstanding person, a poet, a musician with a special connection to nature.”

This is perhaps the reason that he chose to give an unusual goodbye gift to his teachers at the West Bank religious seminary, or yeshiva, he attended: Instead of Jewish scripture, he bought them modern literature, including the latest book by David Grossman, a staunch opponent of Israeli settlements.

Sorek’s body was found not far from the yeshiva, still clutching those books, which he was bringing from Jerusalem to give to his rabbis. One of them was “Life Plays a Lot with Me,” the latest novel by Grossman, a celebrated Israeli author whose 1987 book “The Yellow Wind” was among the most influential on public opinion about Israel’s military presence in the West Bank.

On social media, Sorek’s final literary choices became a powerful symbol of unity in a country that is deeply divided over West Bank settlements and the role of religion in society.

But that’s only part of the reason that it deeply moved Grossman, the author said Thursday during a speech he delivered at a commemoration for Nechama Rivlin, the late wife of President Reuven Rivlin.

“I didn’t know Dvir Sorek, but from what I have heard today, he was such a humane boy,” Grossman said, according to Ynet. “Sensitive. Loved humanity and loved peace. An artist in his soul. My heart goes out to his parents, his family and all his loved ones. I know from experience that a difficult path lies before them.”

Grossman lost his son Uri, who was a soldier fighting Hezbollah in the Second Lebanon War in 2006.

“I also know that such a special boy as Dvir, so unique, will light their path as they mourn his loss,” Grossman said. He also said at the event: “The image of him hugging my book breaks my heart,” Ynet reported.

Sorek’s killer has not been found. Prime Minister Benjamin Netanyahu said Friday that he was confident the killer will be brought to justice in the near future.