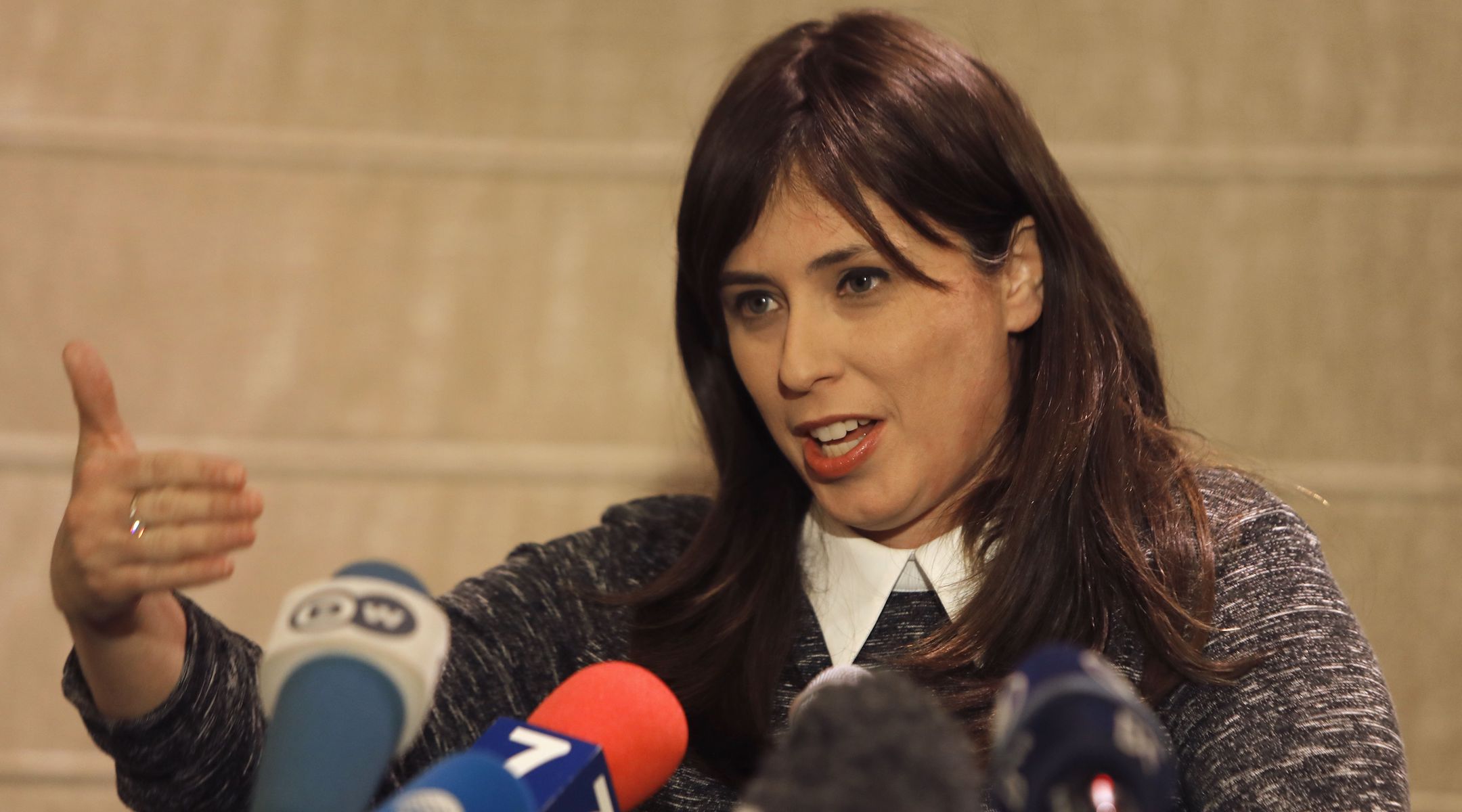 In a letter addressed to U.S. Reps. Brad Schneider, Lee Zeldin, Jerry Nadler and Ann Wagner, the co-sponsors of the bill and staunch supporters of Israel, the Israeli lawmakers asserted that a Palestinian state is “far more dangerous to Israel” than BDS.

While the signatories, who included Deputy Foreign Minister Tzipi Hotovely and Deputy Defense Minister Eli Ben Dahan, wrote that they were “grateful to all our wonderful friends in Congress who stand with us on so many fronts,” they insisted that they had to express their “concern” over the bill.

“Pressure to establish a Palestinian state contradicts President Trump’s position, which he has stated many times — that the solution to the Israel-Palestinian conflict shall be determined by the parties,” they wrote.

Such a state would “undoubtedly be a dysfunctional terrorist state” which would “undermine stability” in the region and “severely damage the national security of both Israel and the United States.”

The Israeli lawmakers added that they understood that “these resolutions are accompanied by many compromises along the way in order to reach a language agreed upon by a majority,” but that affirming “support for establishing a Palestinian state is so dangerous that we respectfully request that you take that into consideration” and avoid such language in the future.

According to The Jerusalem Post, the impetus for the letter came from the Knesset Land of Israel Caucus and Samaria Regional Council head Yossi Dagan.

“Unfortunately, in the last few years, AIPAC is independently advancing the two-state solution,” Dagan said in a statement.

“AIPAC portrays the two-state concept as an Israeli interest to elected officials in America and as the official position of the Israeli government, even though this is untrue,” he said.

Jerusalem recently advanced plans for the construction of more than 2,300 housing units in West Bank settlements and The Times of Israel reports that Prime Minister Benjamin Netanyahu is looking to obtain public support from President Donald Trump to apply Israeli sovereignty in some areas of the West Bank.