Who is Wayne Allyn Root, the evangelical Christian Trump quoted to validate his comments on Jews? 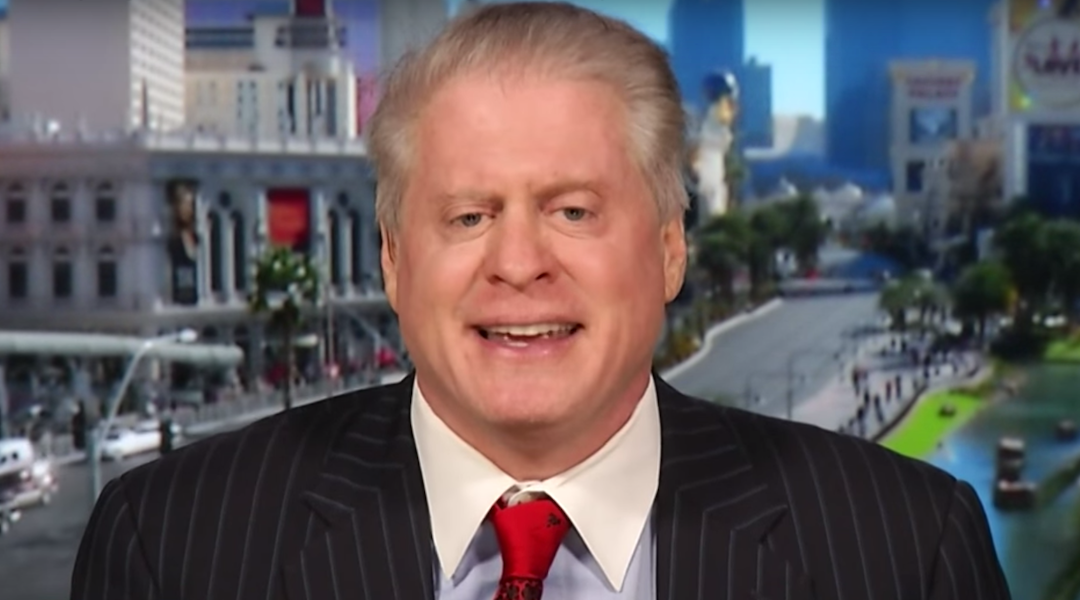 WASHINGTON (JTA) — On Wednesday morning, President Donald Trump quoted a conservative talk show host named Wayne Allyn Root to defend comments he had made the day before that angered many in the Jewish community: that Jews who vote for Democrats show “a total lack of knowledge or great disloyalty.”

“Thank you to Wayne Allyn Root for the very nice words,” Trump said before quoting something Root has said previously about the president.

….like he’s the King of Israel. They love him like he is the second coming of God…But American Jews don’t know him or like him. They don’t even know what they’re doing or saying anymore. It makes no sense! But that’s OK, if he keeps doing what he’s doing, he’s good for…..

It’s not the only Jewish thing Root has said about Trump. Just two weeks after Trump was elected, Root sought to reassure Jewish Americans, who had voted overwhelmingly for his rival, Democratic nominee Hillary Clinton, about the president-elect’s bona fides.

“I believe Donald Trump should be called ‘America’s first Jewish president,'” he wrote on the Fox News website. “I should know. I’m an Ivy League-educated Jewish kid from New York.”

Maybe, in the sense that Saul was a Jewish kid from Tarsus — Root is an evangelical Christian, something he did not mention in his Fox column.

Root, speaking Tuesday evening on his talk show on Newsmax, also a conservative news site, was a little more candid about where he was faith-wise.

“I happen to be Jewish by birth,” he said.

Who exactly is Wayne Allyn Root and why are he and Trump so fond of each other? Here are some answers.

He says he’s Jewish and has interesting ideas about Jewish identity.

In the Fox column, the 58-year-old Root refers to his “Jewish butcher father, David Root.” He told The Jewish Telegraphic Agency that all four grandparents are Jewish and that his DNA shows him “99.5” percent European Jewish.

Root, who lives in Las Vegas, says he founded the Republican Jewish Coalition chapter in Nevada. Matt Brooks, the RJC’s executive director, confirmed that Root was involved in the group but says he has not been for more than a decade. (Sheldon Adelson, the casino magnate who is a major funder of the RJC and Republican candidates along with Jewish causes, hired Root to write a column for the Las Vegas Review-Journal after buying the newspaper in 2015 — a move that raised eyebrows among fans of the paper’s hard news tradition.)

Root told JTA he “took Jesus Christ as a savior” about 30 years ago, but he still considers himself Jewish.

The lessons Root takes away from being born Jewish comport with hoary Jewish stereotypes — some flattering, others less so.

“I am a Jew and you can’t take away from a person being a Jew,” he said, noting that Islamist extremists and white supremacists would target him as Jewish. “I’ve got Jewish blood and passion and zeal.”

“Jesus Christ was a Jew, and the CEO of the Christian religion,” Root said, adding that he, too, was born Jewish and was a CEO.

Root, who calls himself a “capitalist evangelist” told Daniel Davis, a syndicated radio host, that his Jewish background informed his philosophy. Jews were “relentless,” he said.

“They like to hammer down the door till they get what they want,” he said.

In the Fox column, Root said Trump “is your typical Jewish parent.”

Elsewhere in the column: “Donald is a big success in Hollywood as a TV producer. He joins an exclusive club that is predominantly Jewish.”

Add forthrightness to the list of traits Root finds Jewish.

“He says whatever is on his mind, even if it offends,” he wrote in the column. “All of those are traits I’ve seen in my Jewish friends, relatives and business partners for my entire life.”

He can be emphatically evangelical.

A few months before the 2016 election, writing on another conservative website, Townhall, Root used a more Christian pitch in addressing coreligionists who were put off by Trump’s brashness and viciousness.

“Let me repeat my message to Christians: ‘YOU’RE MISSING THE BOAT,'” Root said. “God is about miracles. We don’t need a ‘nice guy’ or a ‘gentleman’ right now. It’s the fourth quarter and we’re losing 14-0. We need a miracle. I believe Trump is our miracle.”

He’s been on the Trump train longer than most.

Root, the Libertarian Party’s vice presidential nominee in 2008, announced his support for the businessman and reality star almost as soon as Trump announced he was running in June 2015. He emceed one of the candidate’s first rallies, in Las Vegas. Trump, unsurprisingly, praised Root’s book “Angry White Male: How the Donald Trump Phenomenon is Changing America” published that year.

Root, who ran a sports gambling business, told JTA that the Republican Party has not done enough to shake Jewish voters out of their adherence to Democrats.

“I’m one of the best salesmen in America, and I believe I can sell conservatism to Jews,” he said.

Root went on to say that he would soon announce that he will head a “major Jewish organization” and planned to set up a Jews for Trump political action committee.

He’s called a conspiracy theorist — he says he asks questions.

Liberal outlets have long singled out Root for peddling conspiracy theories, including that the 2017 shooting massacre in Las Vegas that killed 58 concertgoers was the work of Islamist extremists. No motive has been ascribed for the attack, which was carried out by a white non-Muslim man named Stephen Paddock.

Root has also questioned whether white supremacists were behind the deadly violence at a neo-Nazi march in Charlottesville, Virginia, in 2017, and whether there is more to the 2016 murder of Seth Rich, a Jewish Democratic Party staffer. (Police believe Rich was killed in a robbery gone bad; conspiracy theorists believe Hillary Clinton was behind the killing.)

Root told JTA that conspiracy theories proliferate on the right and the left, and that he does not necessarily endorse the theories — he asks questions. That, he said, was a very American thing to do, and that pluralities of Americans do not buy into the accepted narratives behind the assassination of President John F. Kennedy in 1963 or the suicide of disgraced financier Jeffrey Epstein this month.

“I question everything coming out of the mouths of government officials,” he said. “They’re egomaniacs who lie about everything to protect themselves.”