I’m sick and tired of being proselytized as a Jew 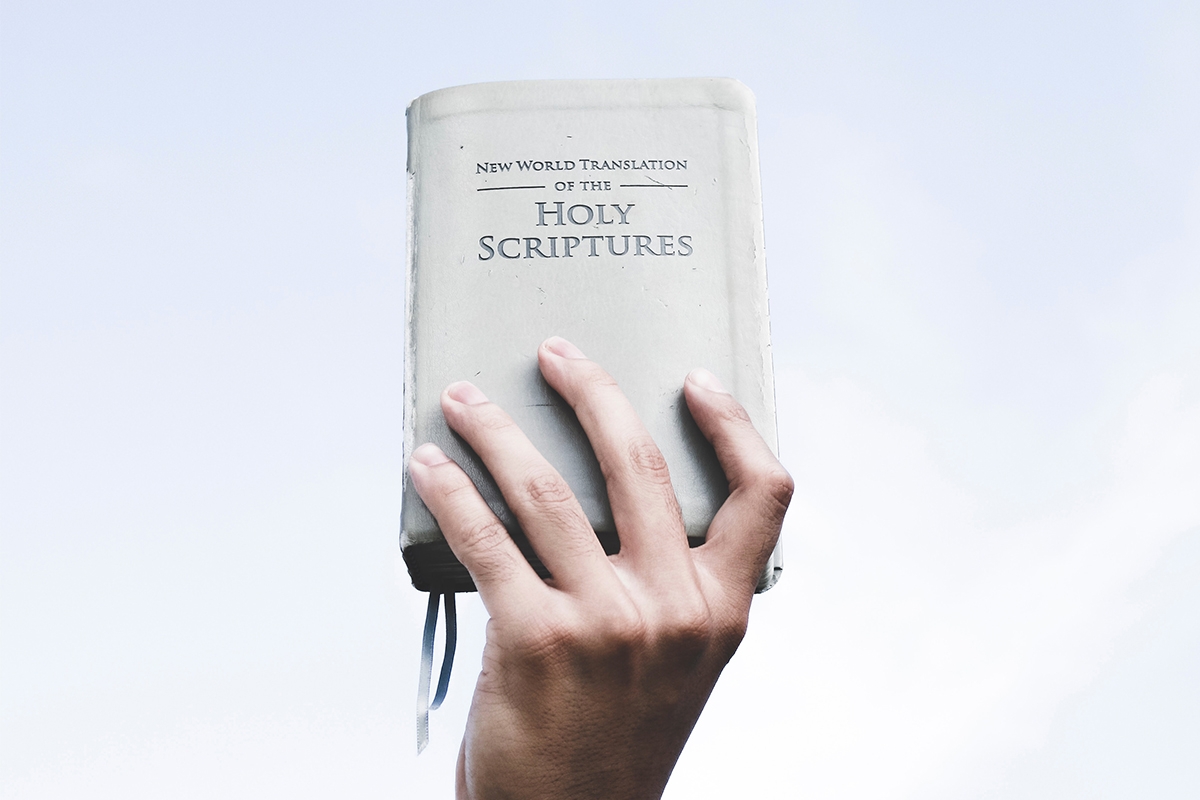 The first time I was proselytized, I was 5 years old.

A few months earlier, I had made friends with a Mormon girl. One day, I went over to her house for a playdate, as young kids do. At some point, she brought me to her room and took me up to her bunk bed. On the top bunk were a bunch of stuffed animals, including a stuffed Santa Claus. We sat cross-legged, facing each other. She grabbed the Santa and held him out, as if offering him to me.

“You know who this is, right?”

“Do you believe in Santa?”

“No, Jews don’t believe in Santa.”

She suddenly got very serious. I wasn’t sure why; I thought that she already knew this. Winter had just passed and when she asked me what I had gotten for Christmas, I told her that I was Jewish and Jews don’t celebrate Christmas or believe in Santa. She was shocked, like the other kids (“You mean Santa doesn’t bring you any ​presents​?”), but unlike the other kids, she didn’t act like it was an issue. That is, until now.

“Maya, you have to believe in Santa.”

“If you want to keep being my friend, you have to believe in Santa. And Jesus. And you have to celebrate Christmas.”

A heavy sadness entered her eyes, and she sighed deeply.

I felt torn inside. I had not yet been in a situation like this, where I was forced to choose between keeping a friend and staying true to the truest part of myself. On the one hand, I deeply believed everything my mother told me about Jews and Judaism, including how Jews don’t eat pork, don’t believe in Jesus, and don’t celebrate Christmas. Not only that, but I loved being Jewish. Nothing made me feel happier, more proud, or more myself than keeping Shabbat with my family every Friday, or saying the ​Shema prayer each morning and night.

But I also really liked Jessica. She was a genuinely nice girl, one of the only kids in school who kept being nice to me after finding out that I was Jewish. And, she had a Game Boy! Maybe I could just lie and say I believed in Santa so she would drop the subject and I could be her friend. Yet, even as I considered it, I knew deep down it just wasn’t possible; even pretending I believed would be going against something deep and inviolable.

It was the first and last time I ever seriously entertained the idea, but it was not the last time I was asked to. Proselytization was, and still is, a routine part of my life as a Jew. Almost every Christian friend or acquaintance I have ever had has “popped the question,” so to speak, at some point. Sometimes, this has been done nicely and respectfully. One friend simply asked to share some passages from the New Testament with me and was honest about how his church wanted him to do this with his non-Christian friends. He did this only once — we had a nice conversation about our beliefs, and he never asked me again. This didn’t bother me at all, and I appreciated how honest and respectful he was.

Other times, people did this in a way that left me feeling hurt and used. Recently, an acquaintance invited me out to lunch out of the blue, saying he had always enjoyed our conversations and wanted to get to know me better. I was excited to meet up with him, but was caught off guard when the first thing he wanted to talk about was me being Jewish. He revealed that he was a devout Christian and shared with me some of his beliefs and how passionate he was about his faith. He asked me some basic questions about being Jewish, such as what we believe in, but then the questions got more pointed: “Do you like being Jewish? How much does Judaism mean to you? How committed are you to Judaism?”

I quickly realized where he was heading, but went along with it until he gave me an opportunity to make my own intentions crystal clear. When he asked me if I was interested in going to church with him that Sunday, I told him that I wouldn’t be comfortable with anything like that, but I enjoyed talking to him about our faiths and exploring our differences. He said he understood, but became quiet for the rest of our lunch and then left quickly. I never heard from him again.

Every time something like this happened, I remember the Mormon girl from first grade and the other kids in my elementary school who weren’t as nice about it as she was. Most commonly, they told me I would go to hell if I didn’t believe in Jesus and stopped associating with me when I said I didn’t want to, telling me that they couldn’t be friends with a “Christ-killer” who refused to repent. Although people didn’t say those things outright past middle school, their actions and certain word choices reflected the same sentiment.

Although I have a more nuanced understanding of proselytization now, for most of my life, these attempts left me feeling angry, hurt, and even used, especially when it was clear that I was being proselytized because I am Jewish. Judaism and conversion has a long, painful history, and it is difficult if not impossible to proselytize a Jew without touching upon some very sore points. This, combined with near-daily news of anti-Semitic hate crimes and casual anti-Semitic remarks heard from people you consider friends only adds to the feelings of alienation, disconnection, loneliness, unwantedness, and invalidation that many Diaspora Jews constantly experience.

Although I have only ever responded politely to these attempts at proselytization, there is so much I wish I could have said to them and to everyone who feels like proselytizing is an important part of their faith.

There are things you can do that would make us feel more respected and validated, in general. Most important, I would ask you to learn our history, put yourself in our shoes, and recognize that it most likely will not work. In general, you will not successfully convert anyone who isn’t open to it or hasn’t already considered it. Along with the fact that we already have our own belief system, Jews are a proud people; much of our narrative is based on resisting attempts to wipe us out. Historically speaking, forced conversion has been used on Jews as a genocide tool frequently and extensively.

If you still decide to proceed, don’t make it about their Jewishness. There is nothing wrong with wanting to share your faith, especially if it is a source of joy and fulfillment for you. But, keep proselytization about you and your beliefs. Don’t make it about them and theirs. Even if you do hold certain beliefs about Jews, don’t share them unless your goal is to push them further away from you and your faith.

Also, please be upfront. After years of countless “subtle” proselytization attempts, I can now “clock” one seconds into it. There are certain key words and phrases, as well as a shift in tone and a characteristic progression in conversation, that are used every time. We know what’s happening, and if you try to be subtle about it, it just makes the whole experience more uncomfortable for us.

It’s even worse when people try to do it under the cover of just “wanting to hang out” or just “wanting to talk about something.” This doesn’t give Jews the dignity of being able to choose whether or not we want to participate in this interaction — which takes a lot of emotional labor and can be exhausting and depressing — and forces us to sit through it. Be open and honest about your intentions and what you want the conversation to cover. If the person declines, then you won’t waste either of your time. If they accept, recognize that they are probably doing so out of respect for you and treat them accordingly.

I do try to hear out proselytizers because I know they generally have good intentions, and I know many other Jews that do the same. But to be honest, even just hearing people out, no matter how nice they are, is painful for me at this point. It takes a lot out of people to be repeatedly told that their existence is fundamentally wrong and “sinful,” and that converting is the only way one could ever be good, safe and happy. I won’t tell anyone not to proselytize, but I will say that if you want to support and respect Jews, perhaps start by asking them about our own experiences of proselytization so you can learn about our point of view before asking us to adopt yours.