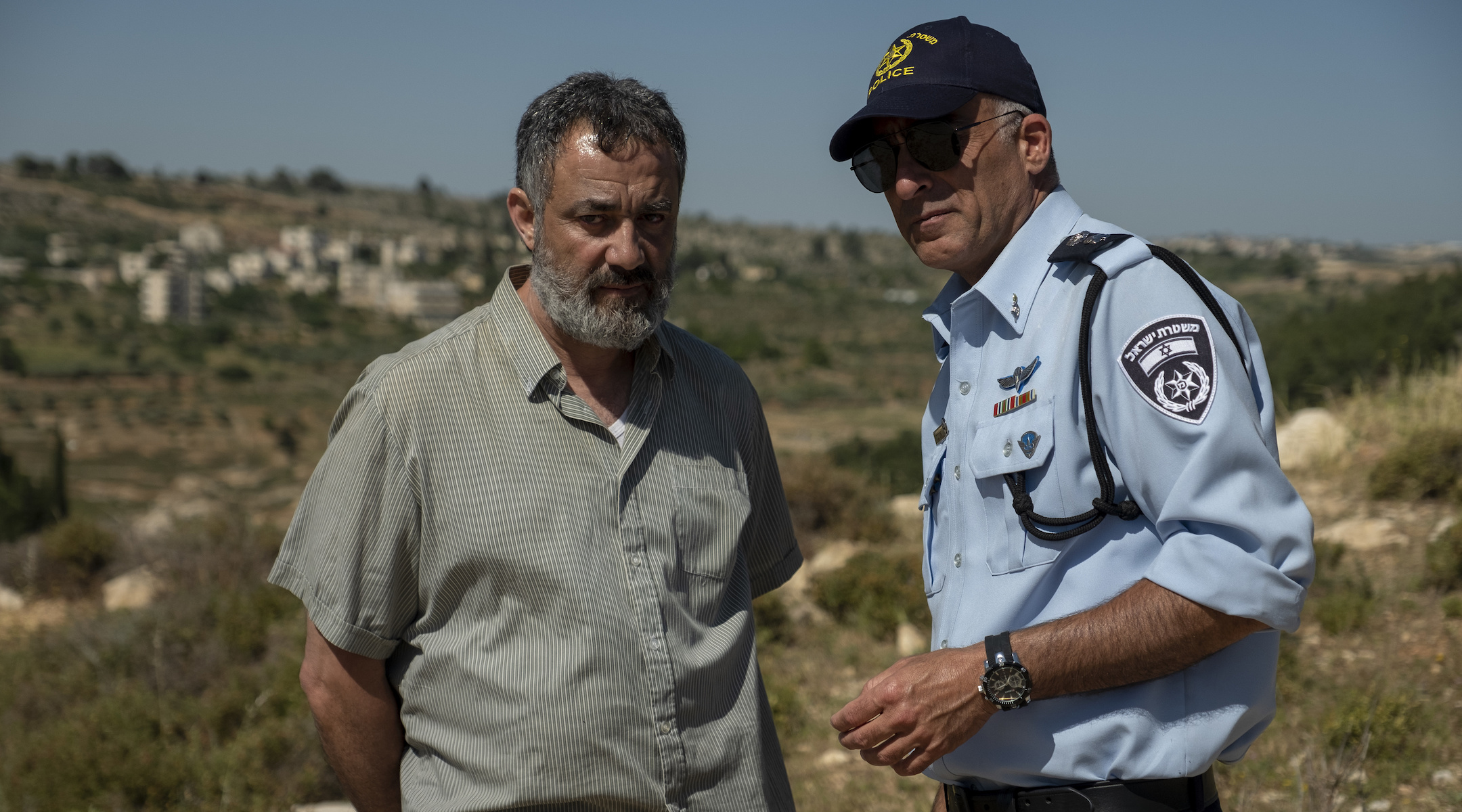 (JTA) — “I’ve been kidnapped,” a voice can be heard saying in Hebrew in the opening of a new HBO series about the lead-up to the 2014 Gaza War.

It’s Gilad Shaer, a 16-year-old Israeli who, along with two other Israeli teens, was kidnapped by Palestinian terrorists as they were hitchhiking home in the West Bank. Somehow he has managed to call the police.

The emergency dispatcher tries to get more information, but Shaer is silent.

“Head down,” a voice can be heard yelling repeatedly in Hebrew.

The opening and the series’ name — “Our Boys” — suggests that it will focus on the kidnapping that rocked Israel five summers ago.

Shaer, along with Naftali Fraenkel, 16, and Eyal Yifrah, 19, were missing for more than two agonizing weeks, during which Israeli security forces conducted an aggressive and highly publicized search. Their bodies were found 2 1/2 weeks later and Israel blamed Hamas.

But the series, which premiered on Aug. 12, does not spend much time on the kidnapping and its immediate aftermath.

Instead it uses the incident as the backdrop to the tragedy that followed: the revenge kidnapping and murder of a 16-year-old Palestinian, Mohammed Abu Khdeir. Autopsy results suggested that he had been burned alive. In 2016, a Jewish-Israeli man, Yosef Ben-David, was convicted for the murder along with two minors.

The decision to focus on the murder of the Palestinian teen has drawn criticism in Israel, despite what the creative team said was a conscious choice.

The series is “a story of pain turning into revenge,” he added.

Some 120 Israeli families who lost members in terror attacks disagree. They wrote a letter to HBO criticizing the show’s viewpoint, saying it equates two events that differ in significant ways.

“Khdeir’s murder was met with shock and condemnation by the vast majority of the Israeli public,” the parents wrote, according to Israel Hayom. “Dozens of Jews are murdered as a result of the ongoing incitement by the Palestinian Authority every year. The Arab street does not condemn the murder of Jews and even supports and encourages it.”

The Palestinian Authority has a policy of paying stipends to the families of terrorists either in prison or killed in the attacks — a policy that Israel has dubbed “pay to slay.” Its leader, Mahmoud Abbas, rarely speaks out against attacks against Israelis, though he did condemn the kidnapping of the teens.

The show gives viewers a look inside the lives of the main actors in Abu Khdeir’s murder — from Mohammed’s grieving family, to the Israel Security Agency members investigating the crime, to the Orthodox man behind the murder and the world he inhabits.

Interspersed with the scripted action are real clips from the summer — Prime Minister Benjamin Netanyahu speaking at the teens’ funerals and news anchors discussing new developments.

A disclaimer says that “some of the events, characters and dialogue have been fictionalized for dramatic purposes.” Watching the series, it’s hard to tell what is real.

“The idea was to create a unifying world where you don’t reveal what is documentary and what isn’t,” Levi told Drama Quarterly.

One of the main characters, an Israeli investigator named Simon with a backstory of his own, is entirely made up. Others are based on real people, although which parts are embellished is often unclear to the viewers.

The series’ strength lies in the insight it provides into people from all parts of Israeli society who are somehow involved with a wrenching incident.

“What they’re setting out to do, and it will be interesting to see how it lands, is really going deep into characters that weren’t really accessible for most of us as reporters,” said Jodi Rudoren, who covered the events for The New York Times when she served as its Jerusalem bureau chief. 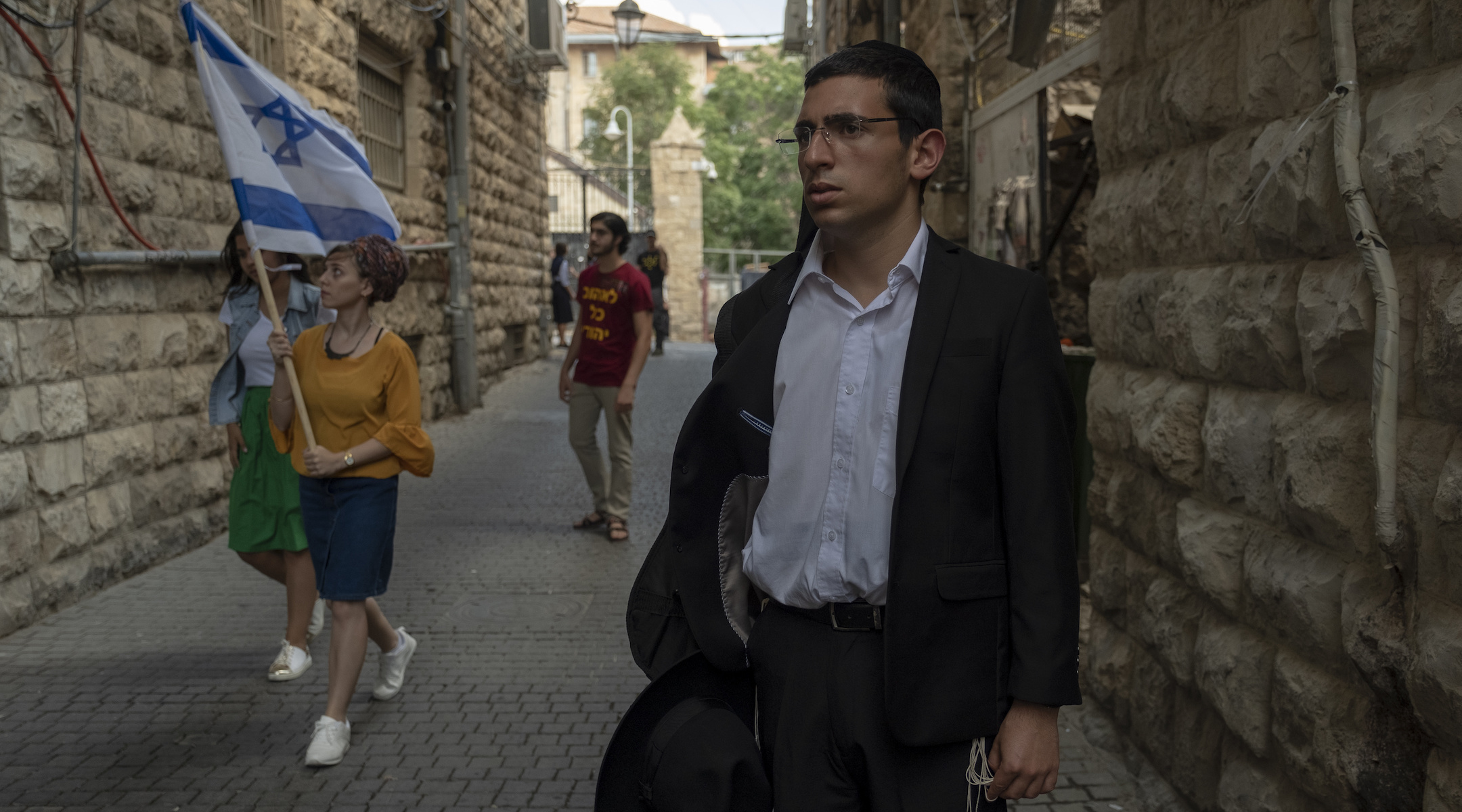 Adam Gabay plays a teenager who gets involved in a revenge plot after three Israeli teens are kidnapped and later killed. (Ran Mendelson/HBO)

“Our Boys” also shows the disbelief from Israeli society that one of its own had committed a lynching.

“I know Israeli racism, but Jews don’t do something like this,” a policeman tells one of the chief investigators after Mohammed’s body is discovered in the second episode.

Marcy Oster, JTA’s Israel-based briefs editor, recalls that feeling of incredulity as she covered the events.

“When I wasn’t reporting on the kidnapping of the three Jewish teens and the discovery of their bodies, I was trying to help my children work through their feelings about the incident,” she said. “It became even more difficult when we learned that Palestinian teen Mohammed Abu Khdeir had been burned alive. We did not want to believe that Jews had committed such a horrific and indefensible act.”

Rudoren said that singular spotlight on Abu Khdeir’s murder and how it came to happen — while glossing over the murders of the three Israeli teens — is likely to differ from how many Jewish Israelis experienced the events.

“I was sitting in a place of covering both sides, Palestinian and Israeli, so I definitely experienced those two things as parallel events. Most Israelis definitely did not,” said Rudoren, who is leaving The Times to become the editor in chief of the Forward. “For most Israelis, the month of searching for the yeshiva boys was a major, major event, and the idea that would be almost a prologue to this story would be surprising.”

Challenging prevailing perspectives about that summer’s tragic events is exactly what the creators sought to do. That also means challenging perceptions of Abu Khdeir’s murderers, Cedar told Drama Quarterly.

“It’s easy to say they were extremists, but they’re not,” he said. “They are just like us. So we tried to understand how this could happen – could it be us? Could it be our children?”