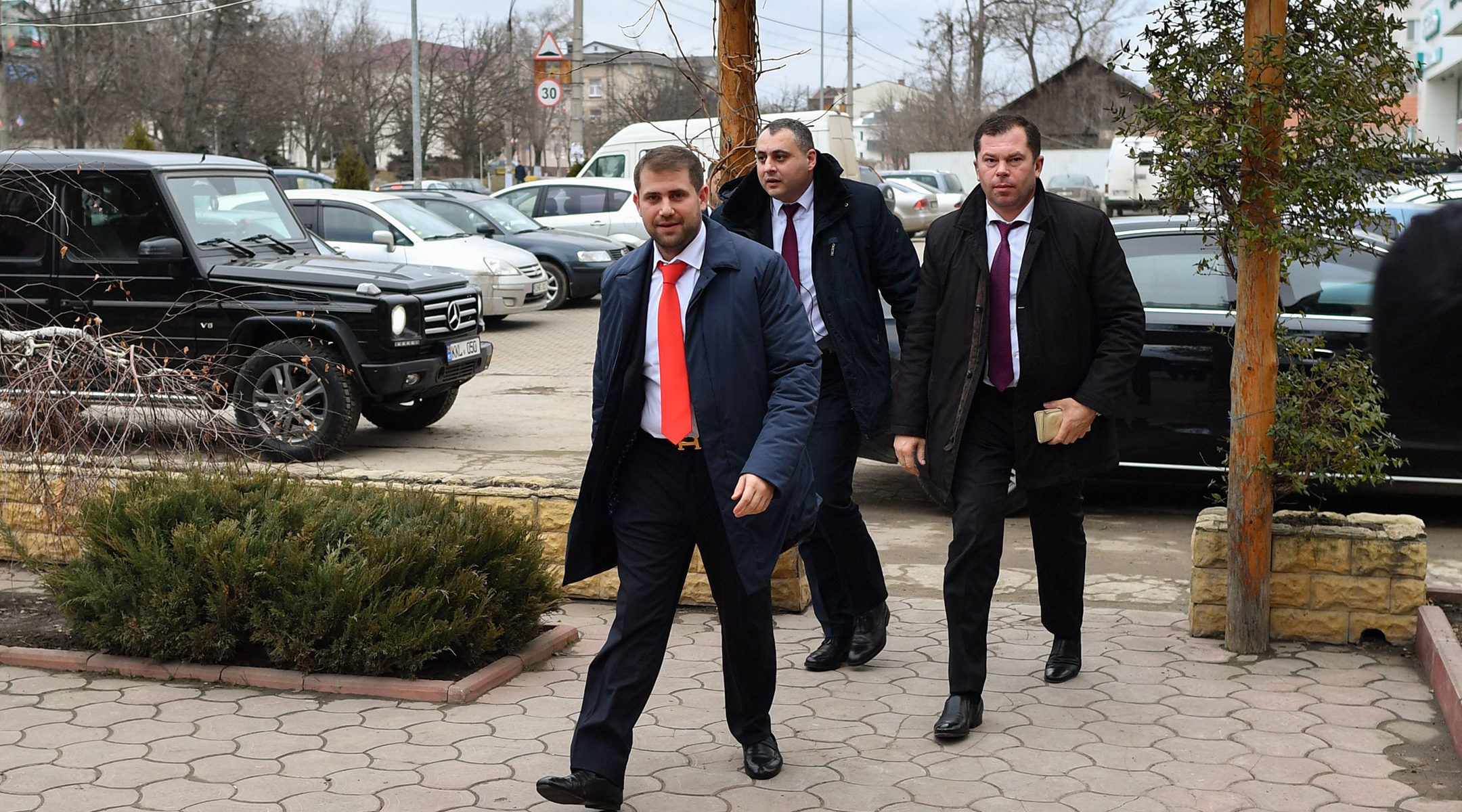 CHISINAU, Moldova (JTA) — Given enough vodka, some of Shimon Katz’s non-Jewish acquaintances here usually bring up a name that has complicated his relationship with them.

That name is Ilan Shor, and it belongs to a Jewish businessman-turned-lawmaker who is believed to have fled to Israel to escape corruption charges.

For most of the some 3,000 members of Moldova’s Jewish population, including Katz, Shor’s Jewishness is irrelevant to his record of local largess on the one hand and alleged corruption on the other.

“Shor isn’t even Jewish in any sense other than genetic,” said Katz, a metal parts factory owner who has never met Shor. “Shor has renovated several churches but not a single synagogue, as far as is known. I don’t consider that man a part of the Jewish community.”

Try telling that to his co-workers.

“Someone usually has too much to drink, and then they tell me: ‘Your friend Ilan Shor stole 10 percent of our country’s wealth, the thief,’” said Katz, who is a prominent member of Alte Shul, the oldest and largest functioning synagogue in a city known to Jewish history as Kishinev.

Shor’s story reflects the prevalence of corruption in Europe’s poorest country, but for Jews it has also lifted the lid on anti-Semitism in a territory that has seen some of the 20th-century’s bloodiest violence against Jews.

In 2015, already under house arrest for his alleged part in the largest bank fraud in Moldova’s history, Shor was elected mayor of Orehi, one of the 10 largest cities of Moldova, a nation of about 3 million sandwiched between Ukraine and Romania. He has since been relieved of his mayoral duties.

Last year Shor, a 32-year-old native of Israel, won a seat in Moldova’s parliament despite his 2017 sentence to 7 1/2 years in jail. Many believe he entered politics to evade prison over a $1 billion embezzlement.

Running on a campaign that promised to “invest in Orehi” and “build Europe,” he won the election in the first round with 62 percent of the vote. In February, his Shor Party captured seven seats, or 8 percent of the vote, in parliament under the country’s regional representation system.

In a January poll of 1,224 Moldovan voters, Shor ranked third most trustworthy with an 18 percent approval rating. It was higher than the one enjoyed by the previous prime minister, Pavel Filip.

Why do his voters stick with a convicted fraudster?

“He poured millions into improving their lives in a way no other politician has done,” said Dov Ben-Ary, an Israeli businessman based in Moldova. “It bought him a lot of affection here.”

In Orehi, Shor overhauled the public transportation system, replacing its decrepit Soviet-era clunkers with a fleet of new, reliable and air-conditioned vehicles. Using embezzled money, some allege, he even launched a new express bus connection to Chisinau, which is situated about 20 miles south of Orehi. It drastically reduced the commuting time and it is free – a feature that is greatly appreciated in a country where the median monthly salary is under $340. He also provided thousands of jobs and maternity stipends.

In Moldova, and especially outside Chisinau, extreme poverty is a palpable reality, beginning with the noticeable absence of young people – the country is believed to lose about 100 of them each day to emigration. Those who remain struggle to eke out a meager living, selling anything from walnuts to kittens on the sidewalks around bus and train stations.

Unlike other post-communist countries like Ukraine and Romania, where extreme poverty is partially mitigated by vibrant high-tech and medical industries, both are absent in smaller Moldova.

Shor, who is married to the Russian pop singer Jasmine, has been less than shy about advertising his wealth. He has flown across Europe in private jets and frequented the most prestigious clubs and hotels on the French Riviera. He also bought the Milsami soccer club, giving out free tickets to matches and upping the team’s professional level, and opened a world-class amusement park for children — the entrance is free.

Shor’s ability to avoid a prison cell has angered critics, however. They allege he has done so by bribing justice officials.

That’s not an unlikely interpretation in a country where “bribing a police officer costs $20, or $10 if you’re feeling stingy,” Ben-Ary said. But in Moldova, Shor “is not unusual in being corrupt. He’s unusual in that he shares the fruit of corruption with ordinary people.”

Sometime this year, Shor evaded local police while appealing the verdict in his corruption trial. He is believed to be living in Israel, which does not have an extradition treaty with Moldova. Attempts by the Jewish Telegraphic Agency to contact him for this article through his soccer team and on social media have been unsuccessful.

Back in Moldova, local Jews are left to deal with some of the consequences of Shor’s actions in a place that many view as a symbol for murderous anti-Semitism. In 1903 and again in 1905, dozens of Jews were murdered in pogroms in Kishinev that were triggered by the death of two Christian children and later by political unrest in Russia. Today the pogroms are widely seen both as precursors of the Holocaust and catalysts for political Zionism.

Most troubling to local Jews was how Shor seemed to highlight the vulnerability of Russian-speaking Jews in a binational country rife with tensions between ethnic Russians and ethnic Romanians. In 1990, those tensions led to a civil war that ended with the secession from Moldova of an eastern province, known internationally as Transnistria, where ethnic Russians are the majority.

Last year, a former Cabinet minister, Octavian Ţîcu, dragged the local Jewish community into the rift when he inveighed against Shor on Facebook. Ţîcu called Shor, a Moldovan citizen who had lived here since he was 3, “a thief” who “drinks wine and eats the bread of a country that has received him and many others generously, yet he curses us in Russian and considers us a herd of sheep.”

The Jewish Community of Moldova protested, calling Ţîcu’s post “hate speech use[d] as an instrument of political struggle.” Some took this protest by a usually low-profile community as a defense of Shor and led others to link Shor’s Jewish identity with his actions.

Shor’s behavior “fit into anti-Semitic stereotypes of hate, about Jews being thieves,” said Evgheni Bric, director of Moldova’s Judaica Institute. Articles about him online “invariably come with a cascade of anti-Semitic rhetoric in the comment section.”

“I haven’t seen such poisonous language in years,” Bric said.

“Shor, who has been very generous with Christian causes, has declined to fund all and any Jewish initiatives pitched to him” by his country’s minuscule Jewish community, he said. Bric said he attempted to receive funding from Shor for publishing a book on the Holocaust-era history of Moldova but “didn’t even receive a reply.”

The joke among local Jews, Bric said, is that “the only time that Ilan Shor remembered he was Jewish is when he fled to Israel to avoid prison.”