Hamas and ISIS hate Israel — and each other 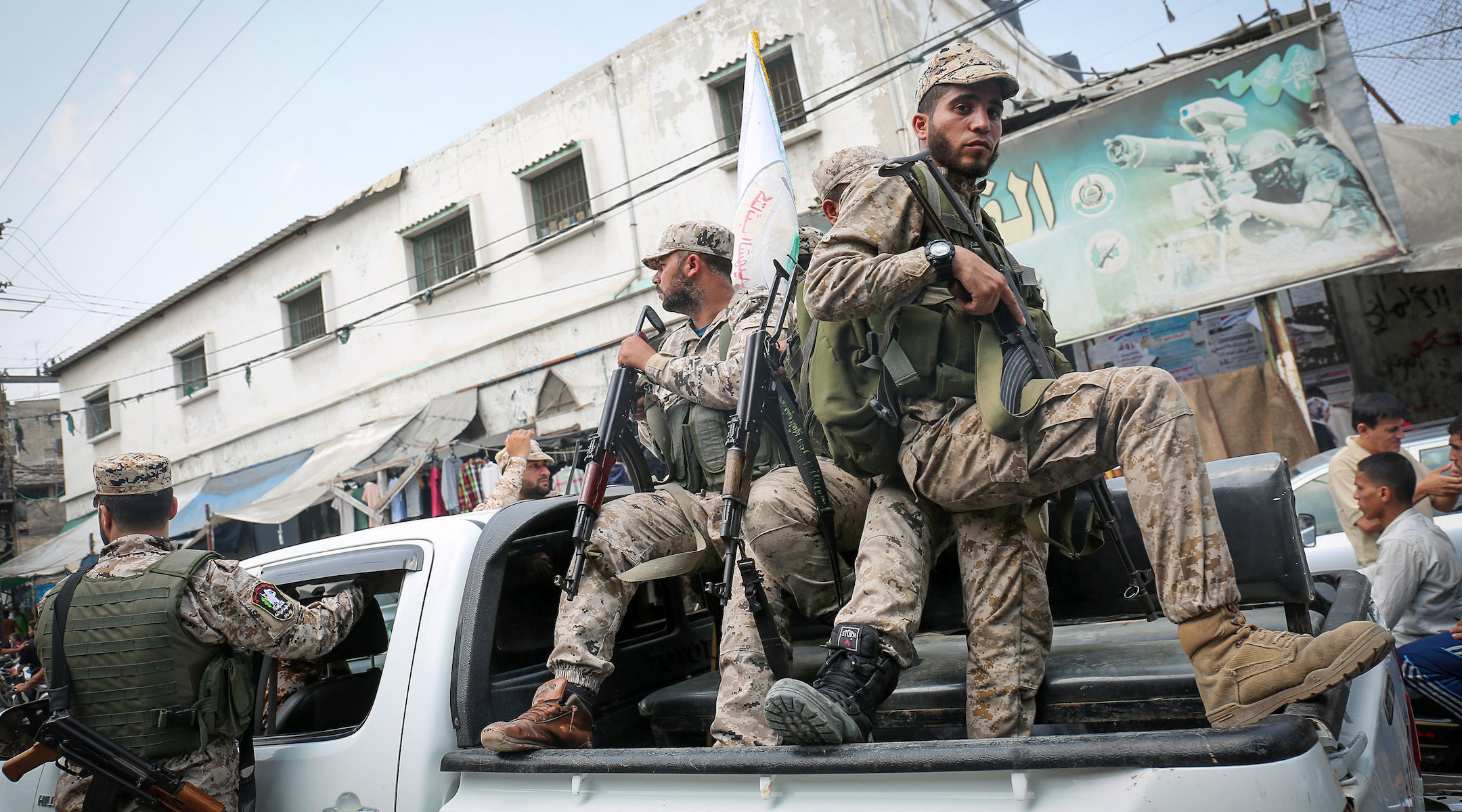 JERUSALEM (JTA) — Explosions earlier this week at two Hamas police checkpoints in Gaza City left three policemen dead. But it wasn’t Israel that planted the explosives, as many might have suspected. Hamas says it was Islamic State suicide bombers.

A day after the deadly attacks, Hamas began mass arrests of supporters of Islamic State and other Salafist organizations in the Gaza Strip.

It’s not the first time that Hamas and members of the Islamic State, or ISIS, have clashed in recent years.

Israel and the United States consider both Hamas and ISIS to be terrorist organizations. As Israeli Prime Minister Benjamin Netanyahu declared at the United Nations in 2014, “Hamas is ISIS and ISIS is Hamas.”

So why do the two Islamist groups consider each other enemies? Here’s a primer:

The short answer is that Hamas, which is considered a part of the Muslim Brotherhood, is a national liberation movement, albeit with an Islamist bent, intent on forming an Islamic state in the area that is now Israel, the West Bank and the Gaza Strip.

ISIS, which stands for Islamic State of Iraq and Syria, belongs to the Salafist branch within Islam that wants to re-create the Islamic caliphate and impose Sharia law throughout the region. ISIS views Hamas and its supporters as “apostates.”

That is, in part, because Hamas participated in Palestinian democratic elections in the West Bank and Gaza, and worked to improve relations with Egypt, with which ISIS has been at war since at least 2013.

In January 2018, a video filmed by the Sinai branch of the Islamic State and released by ISIS called for attacks on Hamas members and institutions, and accused Hamas of betraying the Palestinians by imprisoning ISIS fighters and other extremists in Gaza, by not stopping the United States from recognizing Jerusalem as the capital of Israel and by accepting support from Iran. The video led many to say that ISIS was “declaring war” on Hamas, upping the enmity that had already been in place for many years.

The end of the video showed an Islamic State member originally from Gaza shooting execution-style a man who had been caught smuggling arms to Hamas.

The Islamic State’s branch in Sinai, the sparsely inhabited Egyptian desert region on Israel and Gaza’s southern borders, is considered one of the most effective local branches of ISIS and is the one that comes most into contact with Hamas next door in the Gaza Strip.

Among its achievements are shooting down a Russian jetliner in 2015, killing 224 people, and an attack on a Sufi mosque in the northern Sinai in November 2017, killing 311 in Egypt’s worst terrorist attack. 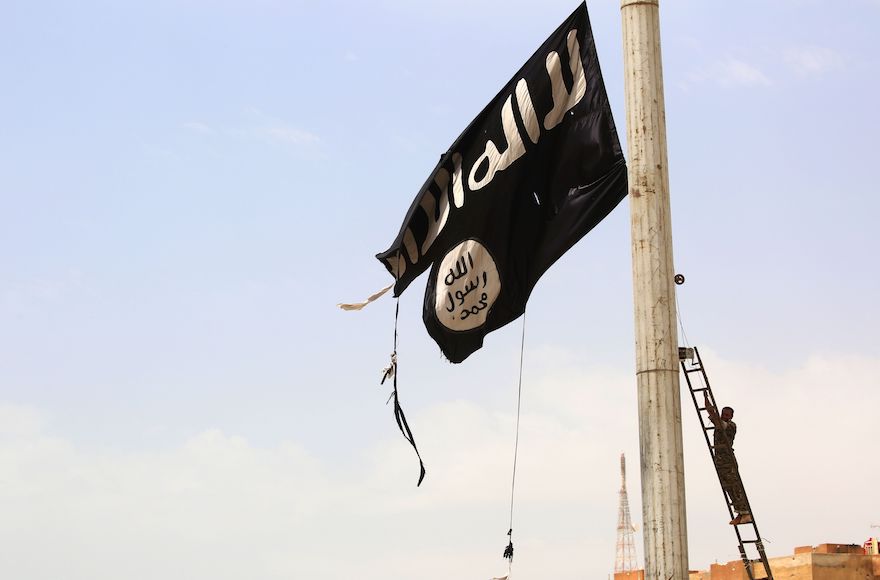 The enemy of my enemy …

It would appear that Israel and Hamas have a common enemy in the Islamic State.

As recently as 2017, the Islamic State claimed responsibility for firing long-range rockets at southern Israel.

In February 2018, The New York Times reported that over the course of  two years, the Israeli military had carried out more than 100 airstrikes in Egypt’s northern Sinai against jihadist groups allied with the Islamic State with the approval of then-President Abdel Fattah al-Sisi of Egypt.

Israel’s intervention in Sinai helped the Egyptian military take a decisive lead in its years-long battle against the jihadists, while for Israel it brought more security to its borders. The article called Israel and Egypt “secret allies in a covert war against a common foe.”

… is hardly my friend

In 2014, Israel’s Ministry of Foreign Affairs published an article titled “Similarities between Hamas and ISIS.”

It said both terrorist organizations view jihad and suicide attacks as primary tools; persecute and oppress non-Muslim minorities; execute people who are suspected of supporting their opponents; plan to establish a state ruled by Muslim law; have seized territory by force; educate children to sanctify death and to die as martyrs in jihad; and strive to commit “genocide” against their opponents.

So much for “the enemy of my enemy is my friend.”

Hamas regularly lobs missiles into Israel, and Israel has launched military operations and imposed economic sanctions on Hamas-run territory for years. Yet both sides often need each other, in part to keep matters from getting even worse.

“Destroying Hamas,” wrote Aaron David Miller, the veteran Middle East analyst at the Woodrow Wilson Center, “would create a vacuum that could be filled by even more dangerous jihadist groups, including affiliates of the Islamic State.”