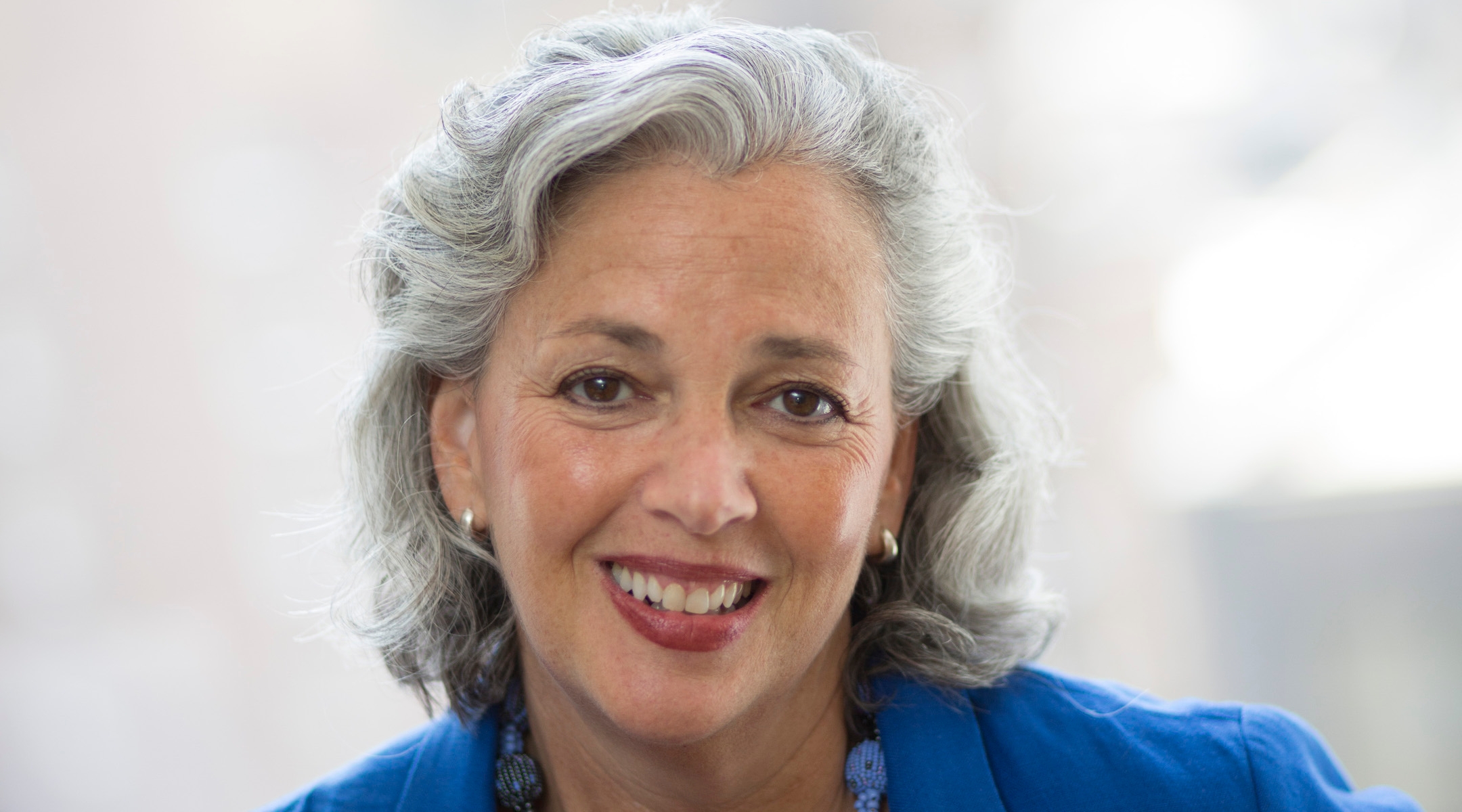 Deborah Lauter is helming the new New York City Office for the Prevention of Hate Crimes after a career at the ADL. (Courtesy of the Mayor's Press Office)
Advertisement

It could be, in her words, “the rhetoric that’s coming out of various elected officials.” It could be animus among the city’s diverse communities. It could be that the attacks are getting more press and therefore inspiring copycats. It could just be a hot summer when people need to blow off steam.

“It’s difficult to make generalizations,” Lauter said. “When you look at escalation of swastikas on buildings, are these copycat attacks because they’re in the press a lot and perpetrators are inspired by that? Or are they being inspired by demonization of individuals and groups?”

Lauter is now the one tasked with answering those questions.

On Tuesday, City Hall announced her appointment as head of the new Office for the Prevention of Hate Crimes. The announcement follows a New York Police Department report from a few months earlier showing a 64 percent rise in hate crimes in the first months of 2019 over the same period last year. Attacks on Jews in particular nearly doubled, to 110 from 58.

Lauter plans to focus on educating kids against hate — for example, teaching them what a swastika is and why it’s offensive. She will coordinate with 10 agencies, from police to mental health programs, that are tasked in some way with addressing hate. And she plans to emphasize community relations with adults in tense neighborhoods.

“Do I get a sense that groups stick up for the other? Maybe not as much,” she said.

“I think the Hasidic community in particular is feeling a bit isolated and wondering if others care about what’s happening to them,” she added, referring to Orthodox Jewish neighborhoods in Brooklyn that have suffered a number of physical assaults this year. “Can we break down silos between communities and have other groups stand up for them?”

Lauter comes to the job after decades of doing the same work in the Jewish community. For a decade she was the Anti-Defamation League’s national civil rights director, during which she led a push for the ultimately successful passage of the Matthew Shepard and James Byrd Jr. Hate Crimes Prevention Act. It expanded hate crimes law to cover discrimination based on gender, sexual orientation and disability.

Before that, Lauter was a local Jewish leader in Atlanta and also helmed a pro-Israel group in San Francisco.

“I would love to see that kind of coordination and someone who is that kind of unifying voice for the different groups experiencing hate crimes,” said Evan Bernstein, the ADL’s New York-New Jersey regional director, who used to work with Lauter. “She dealt on the ground with hate crimes. She understood that communities have to build relationships. She understood how to build the macro and the micro. She’s also an attorney, so she understands the law.”

For fiscal year 2020, Lauter will have a budget of $1.7 million and plans to hire six people. In the future, the office will receive approximately $700,000 a year in its efforts to stem hate in America’s largest city.

Lauter has no illusions that she will be able to end hate in New York. Measuring success can be difficult, she said, because it involves proving a negative.

“The thing that’s hard is to show what we interrupted: Did those programs influence and impact a child early on who then did not go on to be a hater?” she said. “I think everyone’s expecting, ‘OK, we create this office and hate crimes are going to go away.’ That’s just not realistic.”

One of her goals is to spread the word to New York’s Hispanic community that officers do not ask about immigration status when they investigate crimes.

“We have established healthy, good, trustful relationships with law enforcement,” Lauter said of the Jewish community. “But there are other communities in the city that aren’t there yet. I would cite particularly the Muslim community, immigrant community. I believe transgender hate crimes are underreported. And so one of the priorities of this office is to do community outreach to those groups and get them more comfortable.”

She was careful not to point a finger directly at President Donald Trump, who has been accused of inciting animosity against minorities in his rhetoric on policies toward Muslims, immigrants, Mexicans and African countries.

“People want to push me in that corner and say this is all about Trump,” Lauter said. But there is an atmosphere of intolerance, she said, in which others “have engaged as well.”

And Lauter also did not overstate the power that government officials have to control hate crimes.

“There can’t be an expectation for government to fix this,” she said. “My approach to fighting hate is everyone needs to be part of the solution.”