The first exit polls for Israel’s Election Day are in. It’s close. 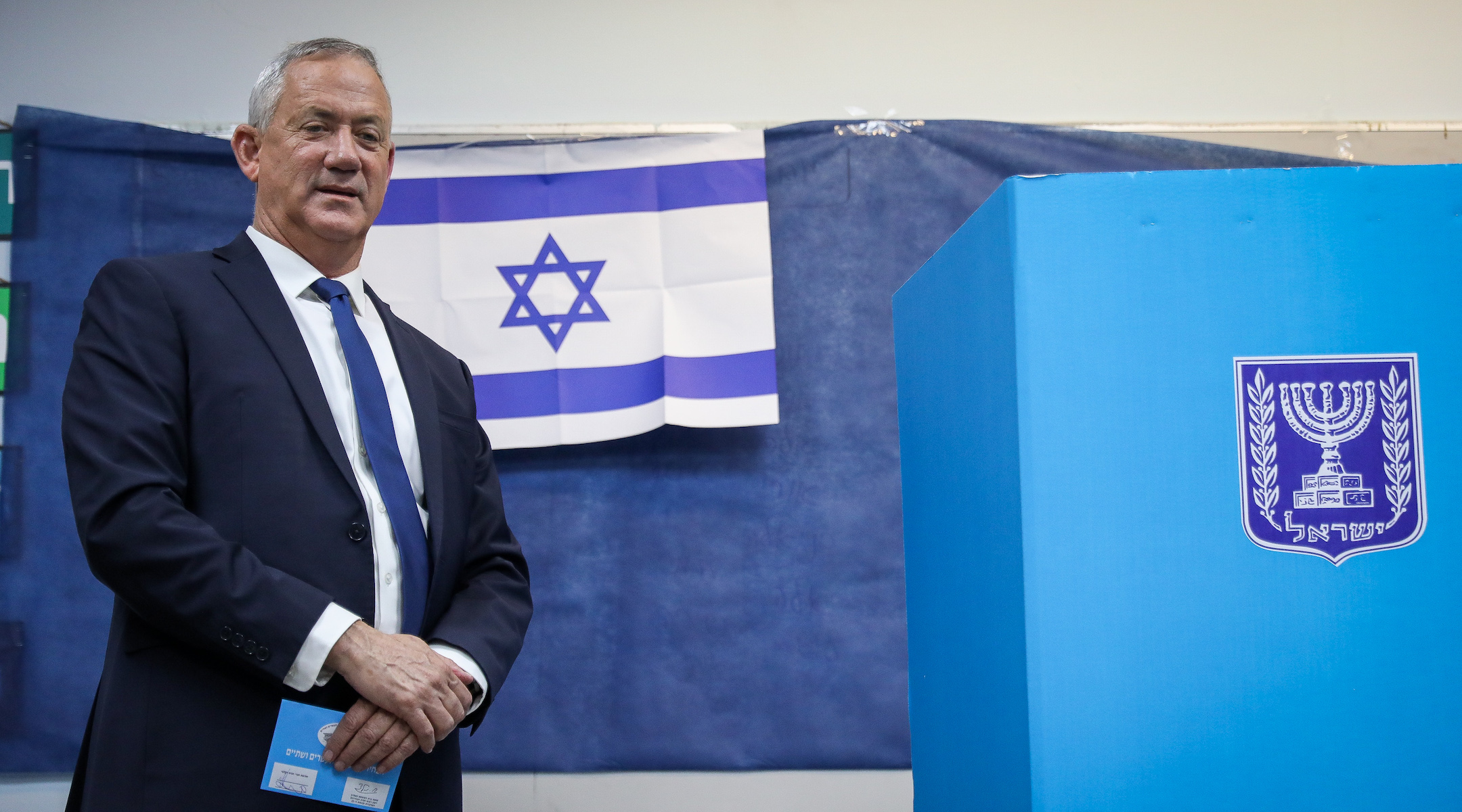 JERUSALEM (JTA) — Prime Minister Benjamin Netanyahu’s Likud party and the Blue and White were again locked in a virtual dead heat at the close of voting in Israel, exit polls on Tuesday showed.

Both Blue and White, which is led by Benny Gantz, a former military chief of staff, and Likud took 32 seats in the upcoming Knesset, or parliament, according to polling by the Kan national broadcaster.

The two parties had tied in April elections at 35 seats. Netanyahu was tasked with forming a government, but was unable to come up with the necessary support because of an impasse between haredi Orthodox and secular right-wing parties, eventually forcing the vote on Tuesday.

The exit polls show the Arab Joint List finishing third with as many as 13 seats — the same result as in 2015, when the four parties ran together for the first time. They had split in equal factions in April.

The secular right-wing Yisrael Beiteinu party led by Avigdor Liberman had eight to 10 seats. Liberman has not committed to either the right wing or left wing; the former defense minister has called for a unity government. Following the April balloting, he refused to join a governing coalition unless it endorsed a bill obligating haredi, often called ultra-Orthodox, men to participate in the mandatory military draft.

The far-right Jewish Power party, or Otzma Yehudit, did not pass the 3.25 percent electoral threshold in any of the polls. For the past several days, Netanyahu has called on Jewish Power voters to cast their ballots for Likud after sowing fear that Jewish Power would not pick up enough votes to enter the Knesset.

On the left, the Democratic Camp led by former prime minister Ehud Barak and the Labor-Gesher alliance each picked up five or six seats.

Israel’s election exit polls often are not reliable, with swings of several seats when the final totals are published.

Paper ballots, each sealed in an envelope, will be counted throughout the night with more concrete results available by Wednesday morning.

The votes of soldiers, prisoners, hospital patients, poll workers, on-duty police officers, and Israeli diplomats and officials working overseas are not counted until the day after the election, which has led to some shifts in the number of seats for parties.

Israel does not have absentee ballots for citizens who live abroad or who are out of the country on Election Day.

Though election watchers and the parties themselves expressed concern that voter turnout would be low due to election fatigue, the  turnout reached 63.7 percent by 8 p.m., or two hours before the close of polls — up 2.4 percent over the same time in the April election, according to the Central Elections Committee.

Throughout the day, voters in polling stations across the country complained of defaced paper ballot slips, including drawings and holes punched in them, which would render them invalid. The Central Elections Committee head, Supreme Court Justice Hanan Melcer, ordered midday that ballot papers that look as if “the drawing was intended to invalidate the slip” be accepted as valid.